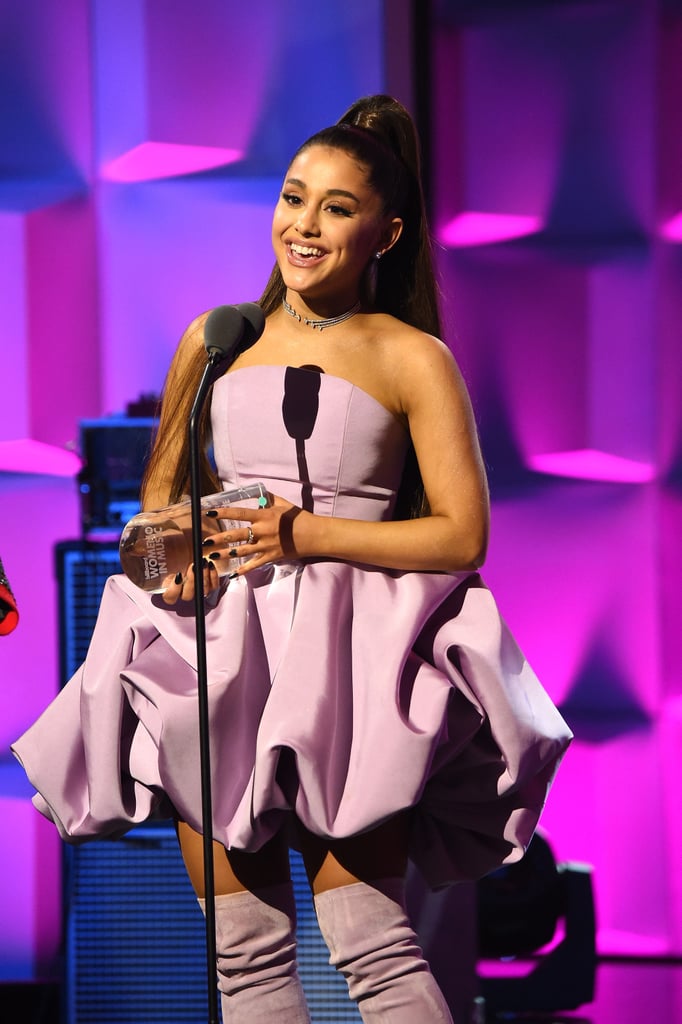 Ariana Grande Reacts to Winning Her First-Ever Grammy After Skipping the Show: "This Is Wild"

It looks like 2019 is going to be even bigger for Ariana Grande. The 25-year-old won her very first Grammy on Sunday for her fourth studio album, Sweetener, and to quote her first response on Twitter, "F*ck."

The Recording Academy announced the singer's best pop vocal album win via its Twitter page hours before the 2019 Grammy Awards began on Sunday. Grande was originally meant to attend and perform at the Grammys, but following a dispute with the show's producers over which songs she would perform, she pulled out and announced she wouldn't even be attending.

Grande addressed the win and her absence in her followup tweet, saying, "I know I'm not there tonight (trust, I tried and still truly wished it had worked out tbh) and I know I said I try not to put too much weight into these things .... but f*ck ....... this is wild and beautiful. Thank you so much."

She went on to thank Pharrell Williams, her manager, producers, and "every human being at @republicrecords." Of course, she couldn't leave out her dedicated band of "Arianators," thanking them for "being my main source of joy and inspiration always." And since Twitter always knows the best way to celebrate any win, Grande also retweeted a photo of her as a child, edited to show her carrying a Grammy Award, with a simple "Thank U."

Grande also proved that her not attending the Grammys didn't mean she couldn't dress up like the other stars lighting up the red carpet. The singer posted several photos in her custom Zac Posen would-be Grammys gown, captioning the first post, "When Zac Posen makes you a custom gown it doesn't matter if you're singing or not. Thank you." Super casual. Check out the photos ahead!

Related:
Lady Gaga, Drake, Cardi B, and Everyone Else Who Won a Grammy This Year
Previous Next Start Slideshow
Ariana GrandeGrammy AwardsMusicAward SeasonCelebrity Twitter