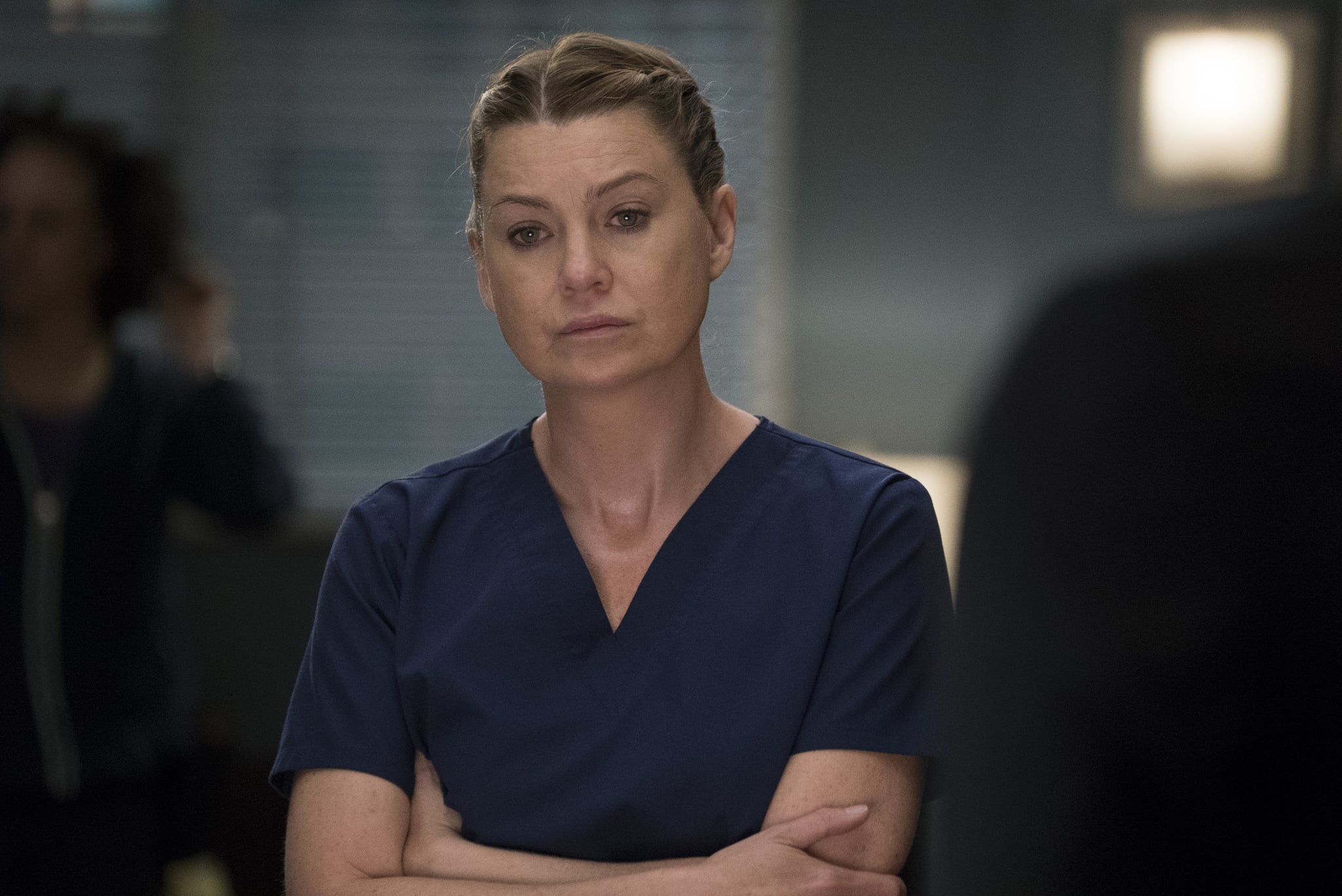 It's a beautiful day to . . . panic about Grey's Anatomy. Previously, an interview with Kevin McKidd (who plays Dr. Owen Hunt) had led us to think the upcoming season 14 finale may not be so bad after all. But now, thanks to a tweet from star Ellen Pompeo (aka Meredith Grey), the dread has begun to creep in once more. With two favorites on their way out, we're really starting to wonder if we should prepare ourselves for some kind of heartbreaking death.

You know it was classic Greys....devastating with a side of absurdity 💔💔💔 https://t.co/KwEexPHSD1

In the tweet in question, a fan asked Pompeo how the table read for the finale episode went. Pompeo responded, saying it was "classic Grey's," and that it was "devastating with a side of absurdity." Hold up . . . it's devastating?! I mean, when it comes to Arizona's departure (and also April's exit), we always knew the story would be tinged with sadness. After all, we're seeing beloved characters for the last time and saying goodbye! You might expect adjectives like "sad," "emotional," and even "heartbreaking."

But devastated? That brings everything to a whole new level. It's the first real hint that the finale will certainly be a hard pill to swallow. At this point, it's hard to tell who is more likely to die. April seems to be moving farther from her deep depression, but either doctor could befall some kind of freak accident. We're just a little over a month away from the finale, but you can bet we'll be biting our nails until then.