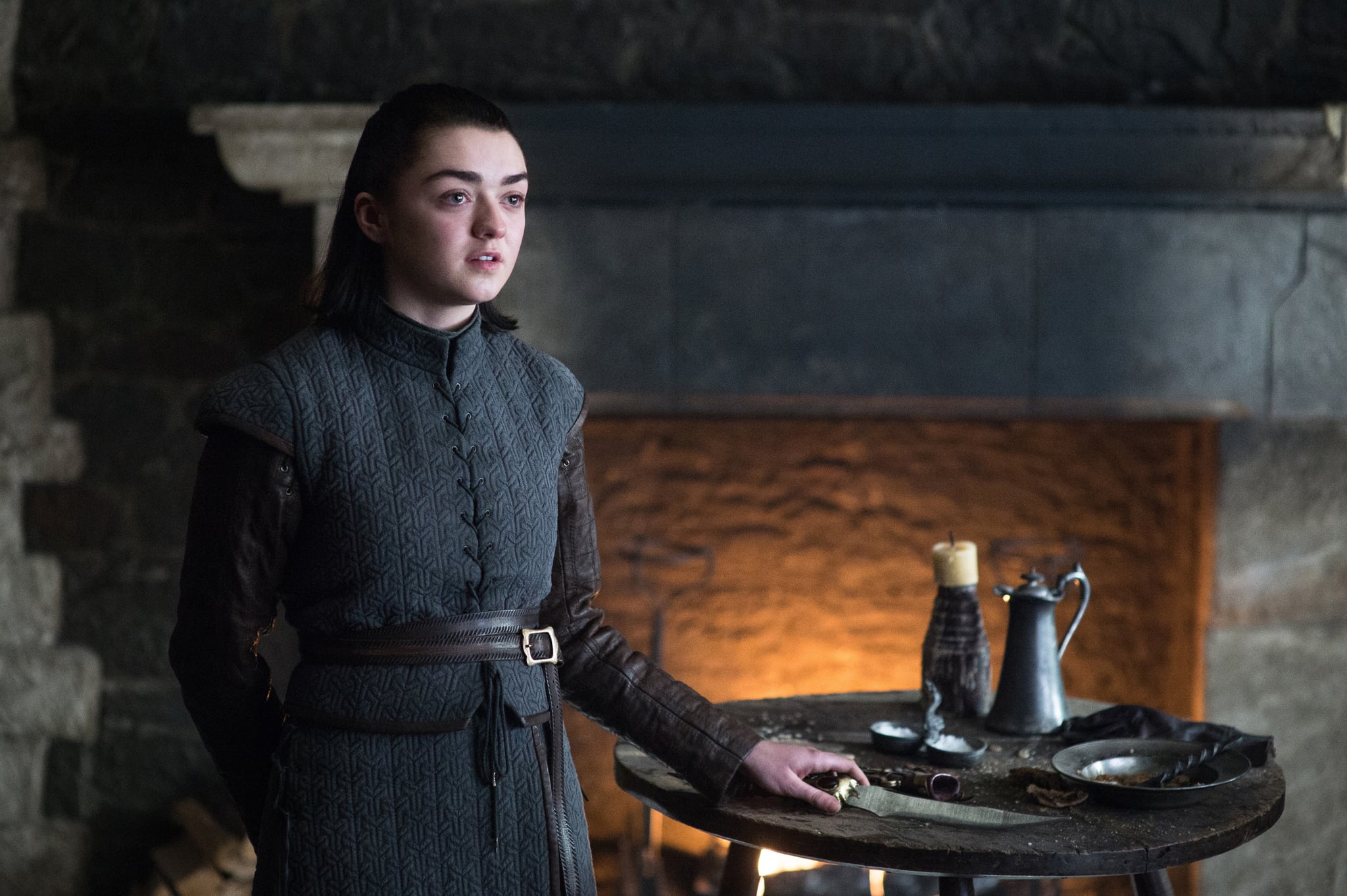 Even though Arya and Gendry haven't seen each other since Melisandre purchased the young Baratheon from the Brotherhood Without Banners in season three, Game of Thrones fans are still hopeful that these two might end up together after all. With season eight fast approaching, their reunion is inevitable. For the first time since their heartbreaking parting, they're going to be in the same place, facing a common threat once again. Unfortunately, the Night King and his army may put a damper on the chances of young love blossoming. Though in truth, he's not even the biggest hurdle that Arya and Gendry will have to overcome in order to end up together by the end of the series.

It's impossible to forget Gendry telling Arya she would never be his family, she would be his lady. The moment is beautifully bittersweet, even though he probably meant it more to say that she would always be above him in the class structure. A lot has changed since Gendry made that declaration — especially for Arya. After her training as a Faceless Man, she's a true assassin capable of killing without remorse. Her goal is still to work her way through the list of people who wronged her and her family. She's far from that little girl yearning for a family; she's a woman on a mission that's best accomplished alone. And she's definitely no lady in need of protection.

Meanwhile, Gendry's been patiently waiting for a chance to return to the action. He hasn't changed in any dramatic way that we've seen so far. He's still noble and ready to fight for a cause. The only difference is he's aware that he's Robert Baratheon's son, and actor Joe Dempsie confirmed in a March interview with Men's Health that his character may be exploring his parentage in season eight. Dempsie said,

"I just wanted answers about my character. I was the most curious as to what we might find out about Gendry's parentage. Obviously, we know that he was the bastard of Robert Baratheon, but who might his mother have been?

There's a line in season one, and it's a first scene you ever see of Gendry, where he's looking to Ned and he's asked about his mother, and he says he doesn't remember much about her at all, other than the fact that she had yellow hair and she would sing to him. It's one of those things where you go, 'Do they usually write lines that don't mean anything, or lines that seem to have significance that [are] never addressed again?' I was kind of intrigued to see what that might mean, and what impact that might have on Gendry's clout politically."

While it would be wonderful to see Arya and Gendry fulfill Robert's desire to see his and Ned Stark's houses united by marriage, these two characters appear to be on radically different paths now. If anything, Gendry seems better suited for Sansa, especially if he's going to be thinking in terms of politics. Fans may very well get the reunion they've been craving since the two young friends were separated, but the chances of love blossoming between them now is unlikely — although, if it does happen, we won't complain about Arya finding happiness after all the pain she's been through since season one.