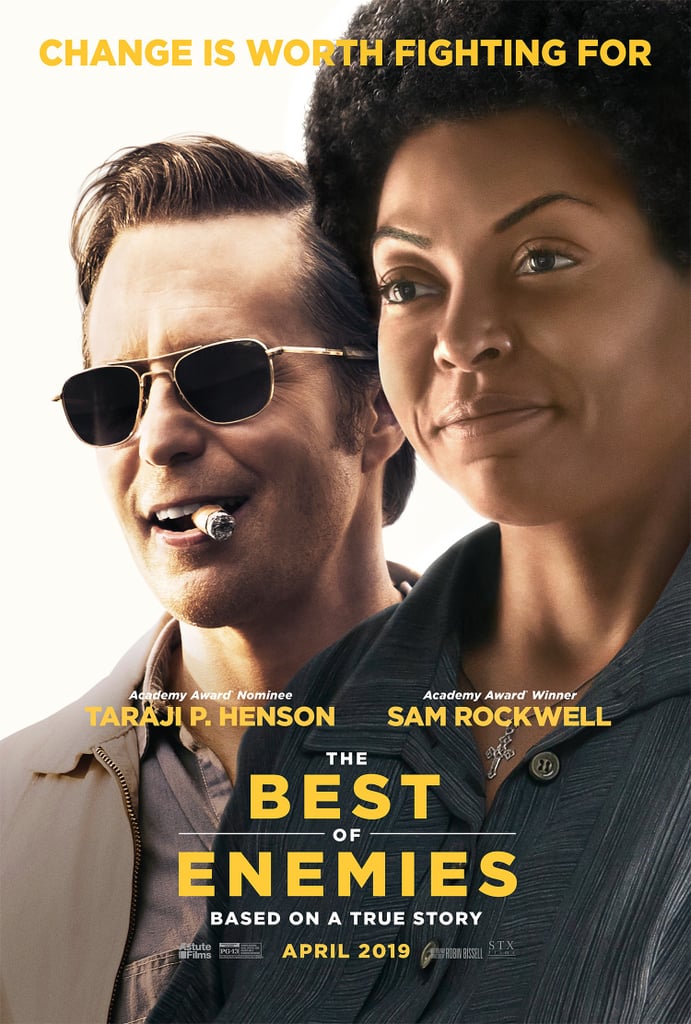 Feel-good movies about unlikely interracial pairings during tense times have been around for a while. In the past decade, there's been the 2011 blockbuster The Help, and more recently, the controversial but award-winning Green Book. But the upcoming drama The Best of Enemies just might top them all for sheer disbelief.

Based on Osha Gray Davidson's 1996 book The Best of Enemies: Race and Redemption in the New South, the upcoming movie stars Taraji P. Henson and Sam Rockwell as two people on very, very different sides of the racial divide in 1960s North Carolina: a civil rights activist and a Ku Klux Klan leader. Forced to work together on an education initiative, the unlikely colleagues slowly bridged a seemingly insurmountable gap in a story that would sound like inspirational fiction — if it weren't all (mostly) true.

Before the movie is released in April, take a look at the incredible real events that took place.