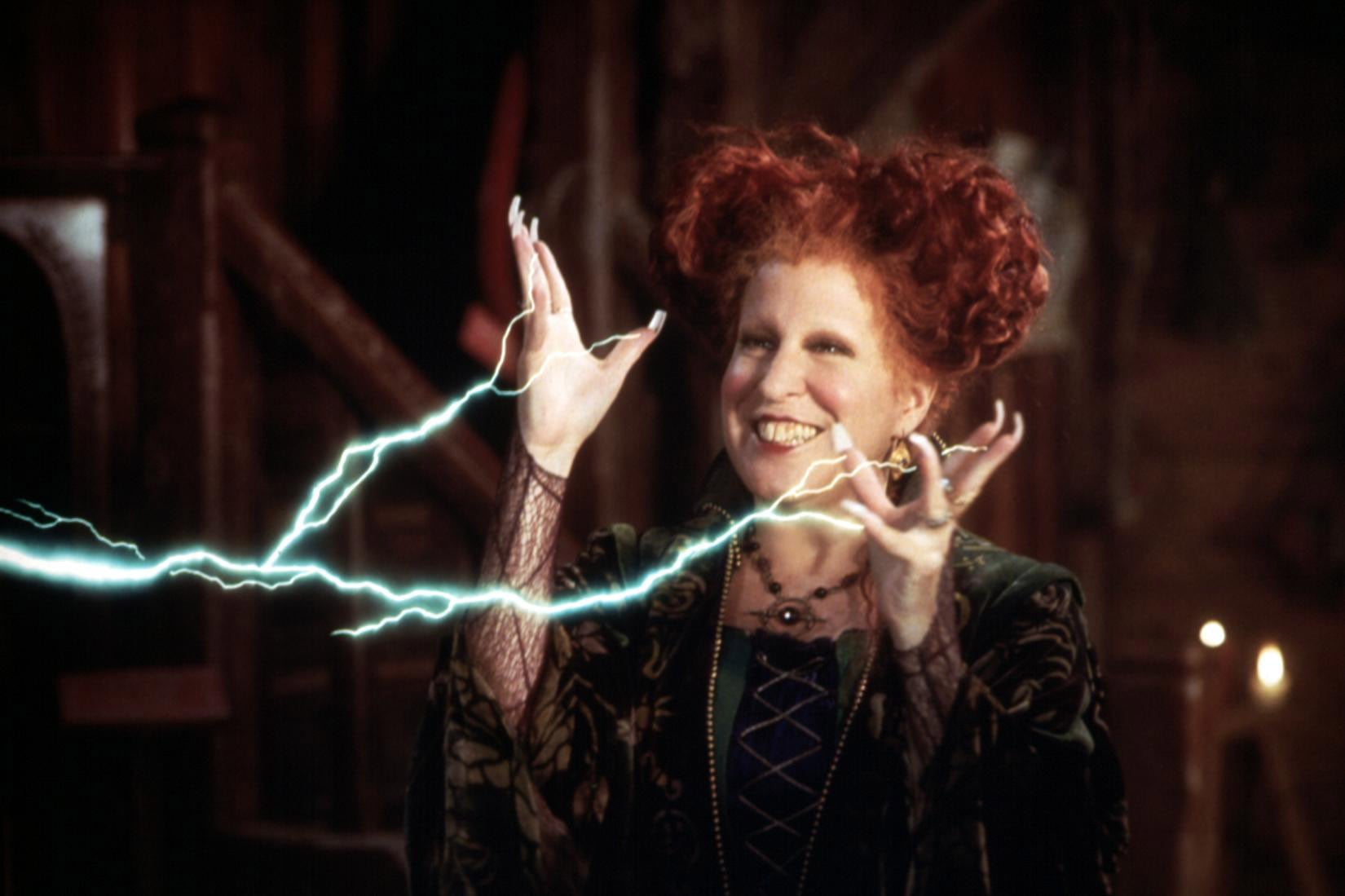 It's been a solid month since we learned Hocus Pocus is getting the reboot treatment, but we're still not sure if we'll ever get used to the idea. Judging from Bette Midler's recent quotes about the news, we're definitely not alone.

While hosting the New York Restoration Project's Hulaween party over the weekend, Midler took a quick break to share her thoughts about how she sees the remake coming together with People. "I know it's cheap," she said. "It's going to be cheap!" Well, damn.

We should've known Midler would be the last one to hold back her opinion about the beloved 1993 Halloween film, especially when it comes to her performance as iconic red-headed witch Winifred Sanderson. There are few people who could ever step into her pointy boots, and she knows it. "I'm not sure what they're going to do with my character," she added. "My character is very, very broad and I don't know who they're going to find to play that."

The remake will be "a reimagining" of the OG Hocus Pocus starring Midler, Sarah Jessica Parker, and Kathy Najimy as a sinister trio of witch sisters, which has became a cult classic over the years. It's reportedly in the early stages of development, with The Royals's Scarlett Lacey handling the script, while David Kirschner — a producer on the original film — will serve as executive producer. Disney is said to be looking to revamp the cast with an entirely new set of actors, but would Midler ever consider a surprise cameo?

Billie Eilish
Like Clockwork, Billie Eilish Does the Same Interview For the Fourth Year in a Row
by Monica Sisavat 1 day ago