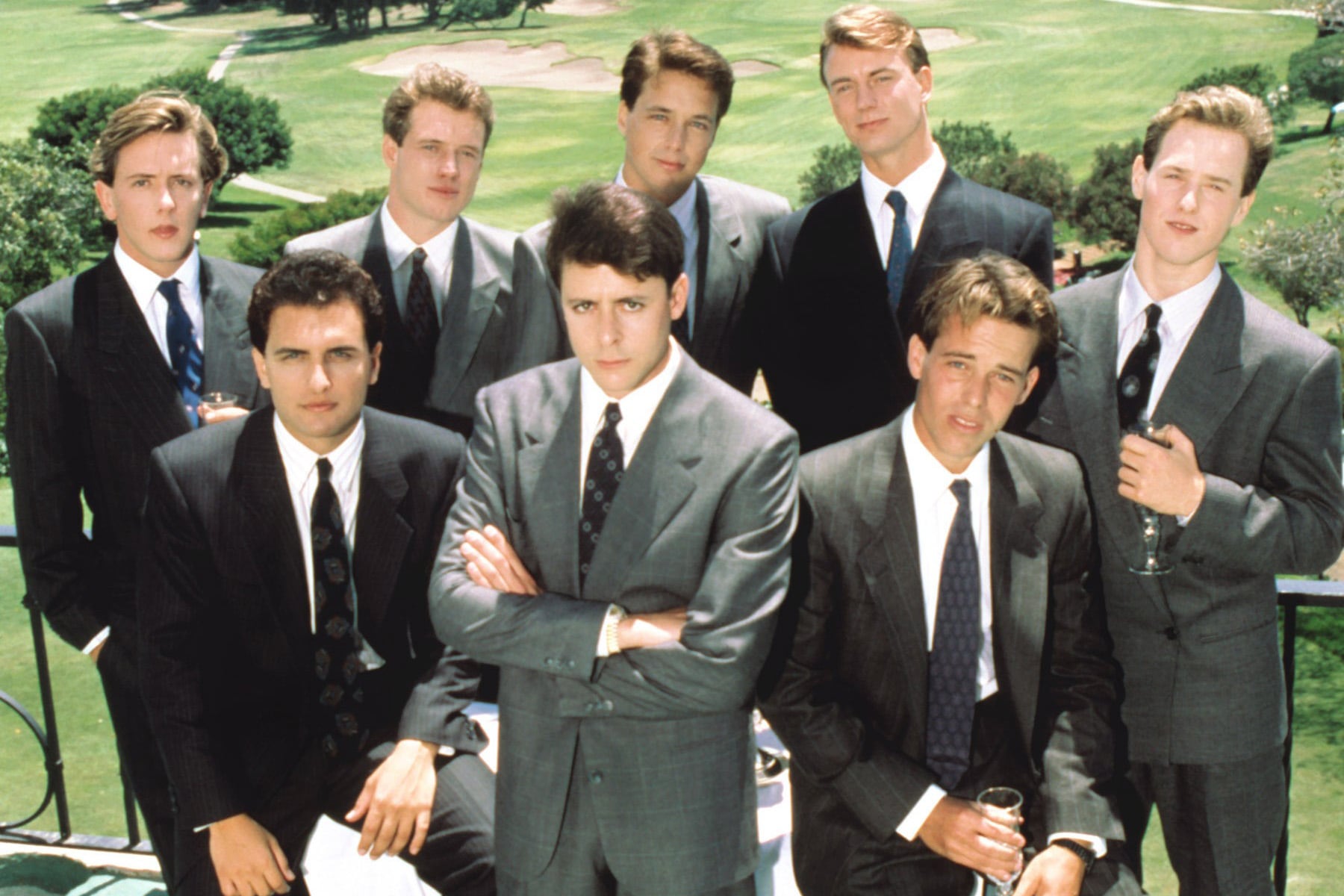 Truth and Lies: The Menendez Brothers — American Sons, American Murderers aired last week, and even if you were familiar with the case, you still may have been surprised by some of the more grisly details. One of the strangest things about the case, in which Erik and Lyle Menendez brutally murdered their parents, is that the crime was inspired by a TV miniseries . . . which was inspired by a real murder case. The film is called Billionaire Boys Club, and it stars Judd Nelson as a rich LA playboy who runs a Ponzi scheme. It begins as a "get rich quick" scam, but eventually the crimes become more serious, and the need for cash leads to murder. Here's a poorly recorded video of the trailer:

It sounds like a ridiculous story, but the movie is based on a real organization. The Billionaire Boys Club was founded in the '80s by Joseph Henry Gamsky, aka Joe Hunt. He would recruit the sons of millionaires to fund his "investment group," which was really just a Ponzi scheme. In 1984, Hunt and his bodyguard, Jim Pittman, murdered Ron Levin, a freelance journalist who had played a prank that resulted in Hunt not getting a large sum of money that he thought he was entitled to. "Hunt had said the two handcuffed Levin and laid him face down on his bed," details a Los Angeles Times article from 1986. "Pittman then shot him in the back of the head with a silenced handgun. The body was allegedly disposed of in a deserted canyon."

Shortly after the first murder, Hunt and Pittman traveled to Northern California with club members Ben Dosti and Reza Eslaminia and killed Hedayat Eslaminia, Reza's father. The man was a wealthy government official from Iran, and had resources that Reza wanted to inherit, and Hunt wanted to use for the club. The gang originally planned to torture Eslaminia until he turned over all his money, but instead they accidentally smothered him to death in the trunk of a car.

The highly publicized case was adapted into the 1987 miniseries, which the Menendez brothers watched before killing their parents. A witness even testified in court that they "hatched their plot to kill" because they were so inspired by the story.

Coincidentally, a big-screen remake of the miniseries is scheduled for a 2017 release. Ansel Elgort is playing Joe Hunt, Kevin Spacey is playing murdered journalist Ron Levin, and Taron Egerton, Emma Roberts, and Billie Lourd are all costarring.