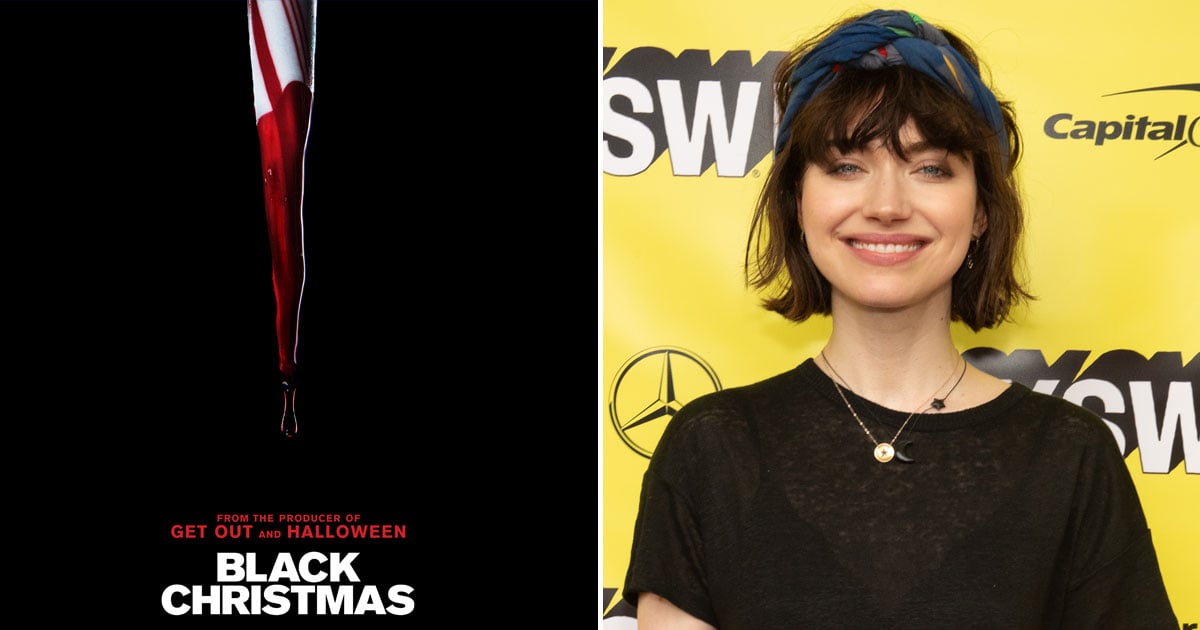 Ho ho ho, merry nightmares! Scary movie powerhouse production company Blumhouse is venturing into holiday horror with a reboot of Black Christmas, which is likely the best gift horror movie fans could ask for come Dec. 13 (which falls on a Friday, naturally).

Blumhouse recently dusted off the classic slasher Halloween with 2018's stellar remake and has a modern-day take on The Craft on the way with writer/director Zoe Lister-Jones attached, so seeing another reboot on its list makes sense. Though, technically, the 2019 edition of the film is a reboot of a reboot, since the 1974 original was already updated in 2006 for a version starring Katie Cassidy, Michelle Trachtenberg, and Oliver Hudson.

Either way, the core story remains essentially the same: a group of sorority girls are picked off one by one by a murderer in the days leading up to Christmas. In the 2006 film, the killer is an escaped maniac whose childhood home happened to be the sorority house, whereas in the original, it's an anonymous, deranged stalker hanging out in their attic.

Sophia Takal, who directed the 2016 thriller Always Shine and Blumhouse's Into the Dark episode "New Year, New You," is attached to helm the feature, as well as cowrite the script with writer April Wolfe. As far as the cast is concerned, Imogen Poots will star alongside Aleyse Shannon, Brittany O'Grady, and Caleb Eberhardt. So, needless to say, we can't freakin' wait for this. To kill time until December rolls around, we'll just have to watch Krampus, or something.

Animated Movies
Pixar's Luca Is a Sweet Summer Flick, but Here's What to Know Before Watching With Kids
by Alessia Santoro 19 hours ago