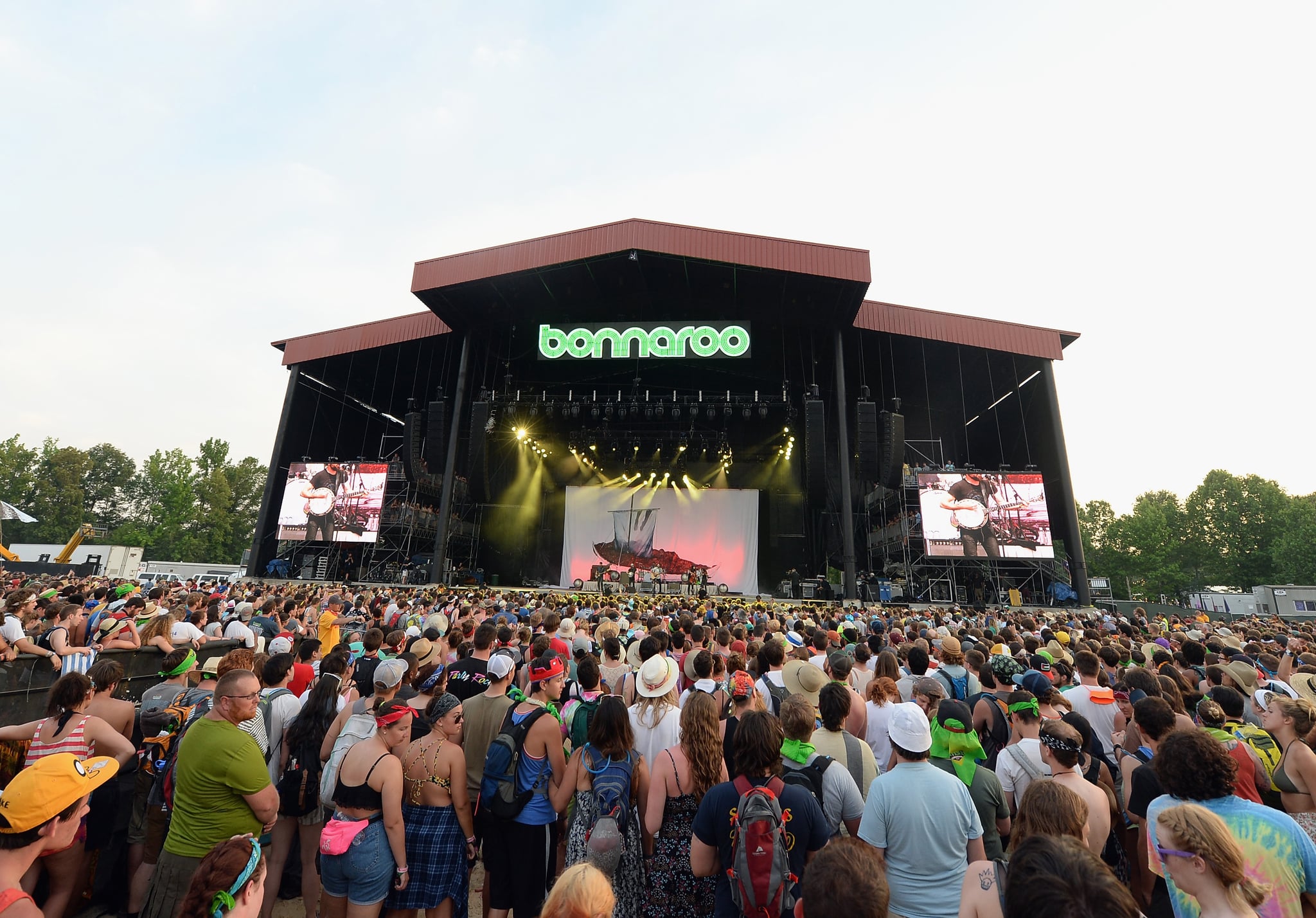 Bonnaroo began as a jam-band festival, but 15 years later, it's so much more. The lineup for the 15th annual event, which took place June 9-12, featured such wildly diverse acts as Haim, CHVRCHES, Death Cab For Cutie, Ellie Goulding, and Father John Misty. Over the years, the Tennessee festival has grown far beyond the jam-band genre but never fully abandoned it, as evidenced by 2016 headliners Pearl Jam and Dead and Company, which features members of the Grateful Dead with John Mayer.

Better yet, the jammy, hippy vibe still permeates everything at Bonnaroo: everyone camps, people dole out random high fives, and "SuperJams" bring different festival performers together on stage. Consider this Spotify playlist a tribute to the epic bands who keep the Bonnaroo spirit alive. Featuring lots of rock, a little country, and some genre-defying acts like LCD Soundsystem and Blood Orange, these 25 songs highlight the bands I was most excited to see this year.

Music
Music Mood Board: Songs For New Beginnings
by Brea Cubit 8 hours ago

Selena Gomez
A Decade After Initial Hints, Selena Gomez Might Actually Be Releasing a Spanish Album
by Kelsey Garcia 8 hours ago