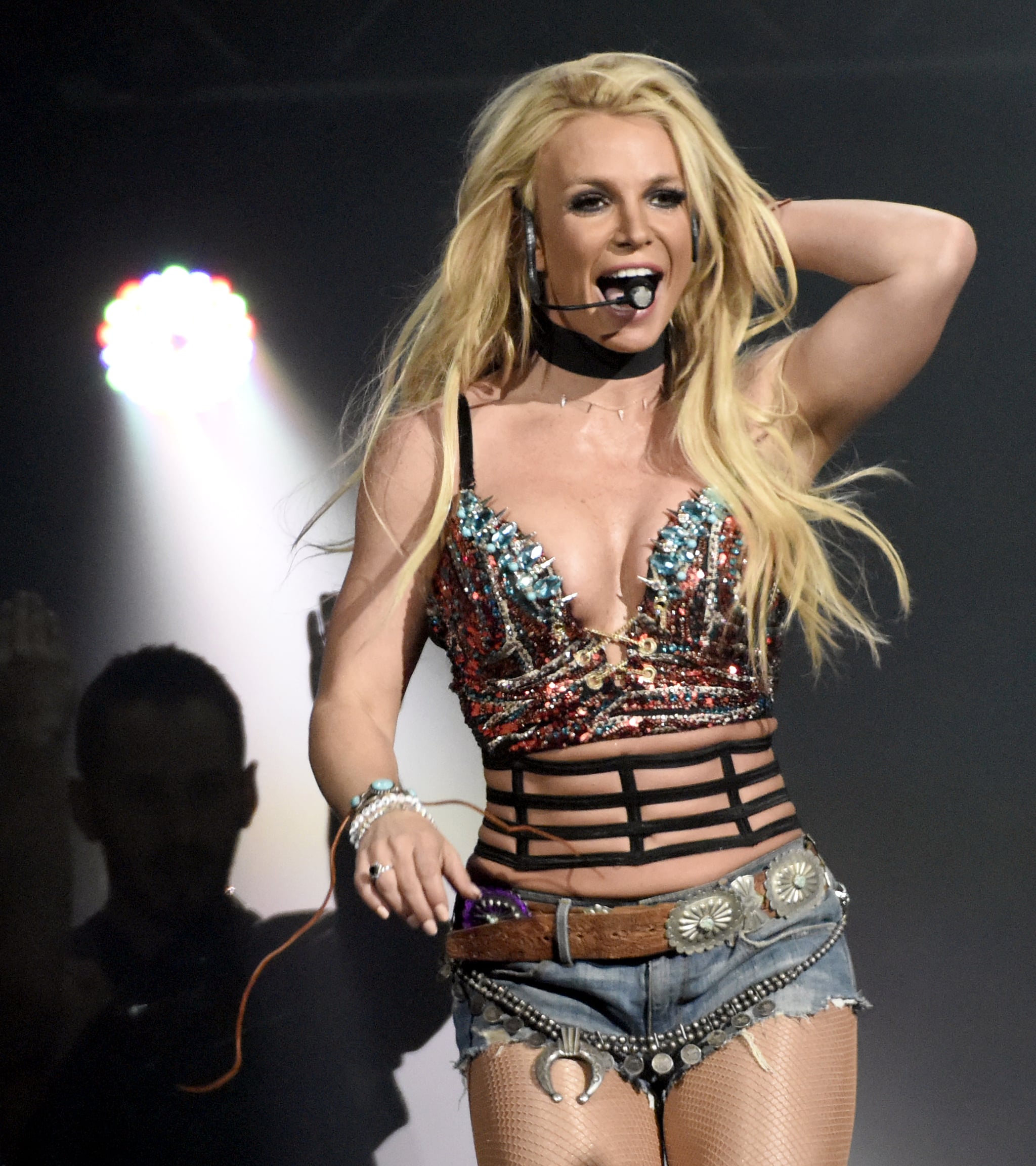 I think we can all agree that a great way to say goodbye to 2017 and welcome a fresh new year is with a performance from our pop queen, Britney Spears. Spears will take the stage during Dick Clark's New Year's Rockin' Eve With Ryan Seacrest for a live performance of "Toxic" and "Work B*tch," Entertainment Weekly reports. To mark the occasion, Spears shared a video with her Instagram followers, saying, "I'm saying goodbye to Las Vegas and 2017 with a special performance on Dick Clark's New Year's Rocking Eve. Happy New Year!"

Going to be ending 2017 with the last #PieceOfMe show ever and a special performance on @rockineve!! Tune in to ABC on 12/31 starting at 8/7c to watch!! #BRITNEYxRockinEve

Spears, who recently celebrated her 36th birthday with boyfriend Sam Asghari, has spent the past four years carrying out a Las Vegas Piece of Me concert residency. She will perform live from the AXIS at Planet Hollywood Resort & Casino in Las Vegas on New Year's Eve, although the show will air live from Times Square in New York City as usual. This gives viewers one last chance to see a piece of Spears's iconic concert series before Lady Gaga starts a Las Vegas residency of her own in 2018.

Golden Globe Awards
Amid the Ongoing HFPA Controversy, NBC Will Not Be Airing the 2022 Golden Globes
by Monica Sisavat 13 hours ago

Grey's Anatomy
Grey's Anatomy Is Coming Back For Season 18, and So Are Meredith, Bailey, and Webber
by Grayson Gilcrease 13 hours ago

Celebrity Pregnancies
Another Baby in the Mix! Perrie Edwards and Alex Oxlade-Chamberlain Are Expecting Their First Child
by Navi Ahluwalia 15 hours ago