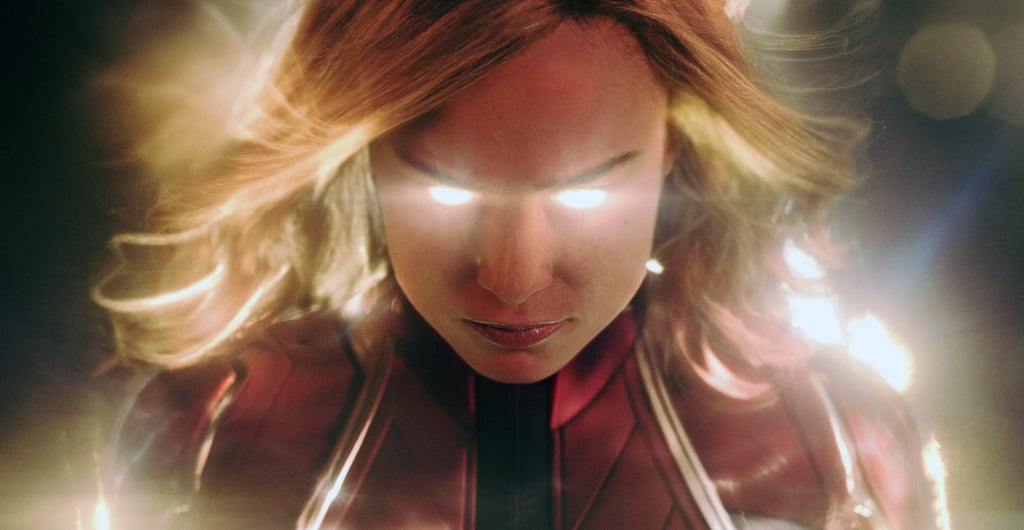 Both of Captain Marvel's End Credits Scenes Are Important, but For Very Different Reasons

Warning: MAJOR Captain Marvel spoilers below, so proceed with caution!

Brie Larson has officially made her bigscreen debut as Carol Danvers in Captain Marvel, and we couldn't be more thrilled. Marvel's latest ass-kicking superhero is the first woman at the center of one of their action-heavy films, and she fits in great alongside the rest of the Avengers we've come to know and love over the years.

But aside from sharing traits with other films in the MCU — like pithy one-liners, dazzling battles, and furry sidekicks — Captain Marvel also includes what has become a staple of most Marvel movies: a hint-laden postcredits scene. Actually, there are two postcredits scenes in Captain Marvel, and both are very important, albeit in very different ways.

If you're one of the many flocking to movie theaters over the next few days to catch Carol in all of her glowing, super-powered action, but you have a few questions about the extra scenes that play once the credits begin their painfully slow crawl, you've come to the right place. The first and most important scene happens relatively quickly, functioning as more of a midcredits scene. The second is much more lighthearted, but contains a special nod to one of the Marvel Cinematic Universe's most powerful objects, so it's not to be missed, either.

Ahead, you'll find explanations for what happens in each, as well as what they mean for the future of the franchise.