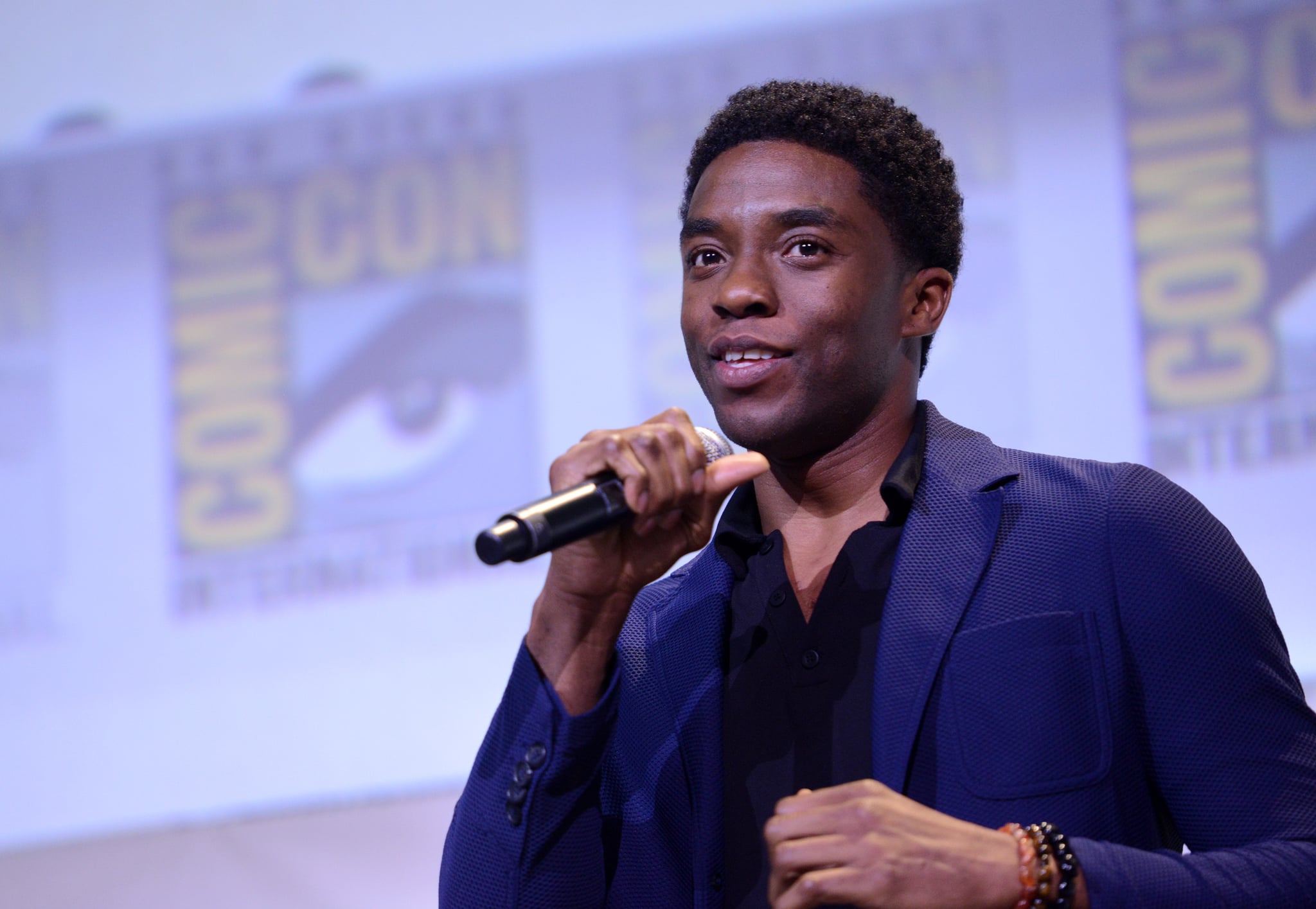 Chadwick Boseman is no longer the newest addition to the Marvel family — that honor now goes to Brie Larson — but he still hasn't gotten used to the glaring spotlight that comes with being in one of the largest franchises in history. Boseman appeared during Marvel's megapanel at Comic-Con over the weekend and was welcomed by thousands of fans screaming his name, kids dressed up as Black Panther, and some hard-hitting questions about Captain America: Civil War (out Sept. 13) from yours truly. Here's what he had to say about his fans, Robert Downey Jr., and that end-credits scene.

POPSUGAR: What has it been like being at Comic-Con knowing you're representing such an important character like Black Panther?

Chadwick Boseman: I didn't quite know what to expect. I heard it was a lot of people, but when you see it —

PS: Could you see it?

CB: Yeah the lights won't allow you to see it all, but you definitely hear it. It's a powerful thing to see and hear people screaming your name and the character's name. Part of it is that I sort of stay removed from it. I went to the theaters to watch it.

PS: Did people know you were there?

CB: No. I snuck in. But you see that sense of responsibility after the fact that people have taken it home. Some people have seen the movie more than one time. I think the biggest thing yesterday was seeing the little kids with the masks on, and having their parents say "Tell him, tell him!" And they'll say something like, "You're my favorite character!" And it's not just black kids, it's white kids, Latino kids, Asian kids.

PS: So you've been able to connect with fans here at Comic-Con?

CB: Yeah, I feel like that's even more than the big response, it's those little interactions. 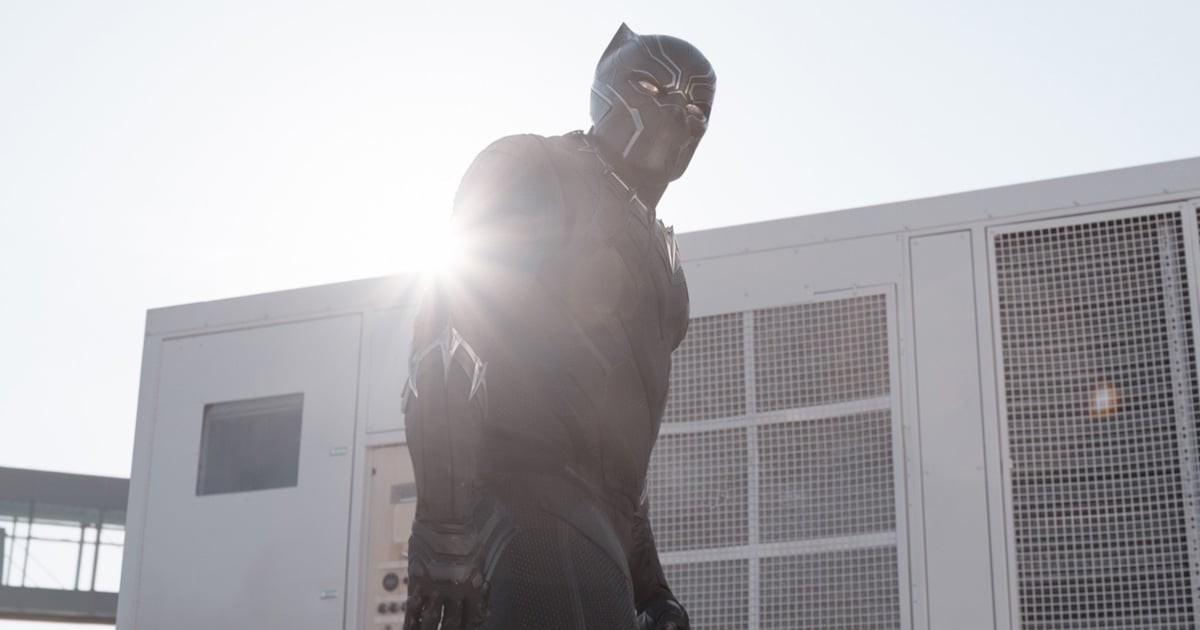 PS: Can you talk about what it was like on the Civil War set? Who was your favorite to work with?

CB: I showed up, and my first day I wasn't even working, I was just watching them do the scene where they're deciding whether or not they're going to sign up to allow themselves to be controlled. It was [Robert] Downey [Jr.], Don Cheadle, [Anthony] Mackie, Scarlett [Johansson], Paul Bettany – they're all in the same room – and it was like, "Wow, I'm gonna be in that in a couple days." You want to be in that place as an actor where you're with other actors like them. As far as fun, I think Downey is fun to watch, because he changes his performance so much from take to take. Mackie is a lot of energy as well, but everybody is so focused, everybody is at the top of their game.

PS: When it comes to your costume, are there any specific nods to your character that you think are interesting?

CB: What I love about the costume is the potential to have things that are dangerous, that are good weapons, on every part. So the forearms have spikes on them, the elbows originally had spikes on them, obviously the claws, the Vibranium weave – that was obviously something from the comics. I think there will be a lot more to come that will be revealed. I like the fact that they didn't give it all away. They just did enough and they left it where a lot of the technology can still be revealed. There are some things about the mask that we're experimenting with and I like the fact that they're trying things. Because Wakanda is supposedly technologically advanced, there's room to change those things and adjust his suit, because he is advancing.

PS: Knowing that end-credits sequences have become a signature for Marvel, how did it feel when you found out Civil War's scene would be dedicated to Black Panther?

CB: It made me feel confident. They've been saying they were gonna do it and my purpose of this movie – part of it – was to further the storyline they already had. It felt like Black Panther was a strong character to do that third storyline, but it was also to introduce the character and make people be ready. The fact that they did that let me know that they thought he was strong enough.

Lady Gaga
The House of Gucci Posters Could Say I Have Terrible Taste in Fashion, and I'd Say, "Thank You"
by Grayson Gilcrease 16 hours ago