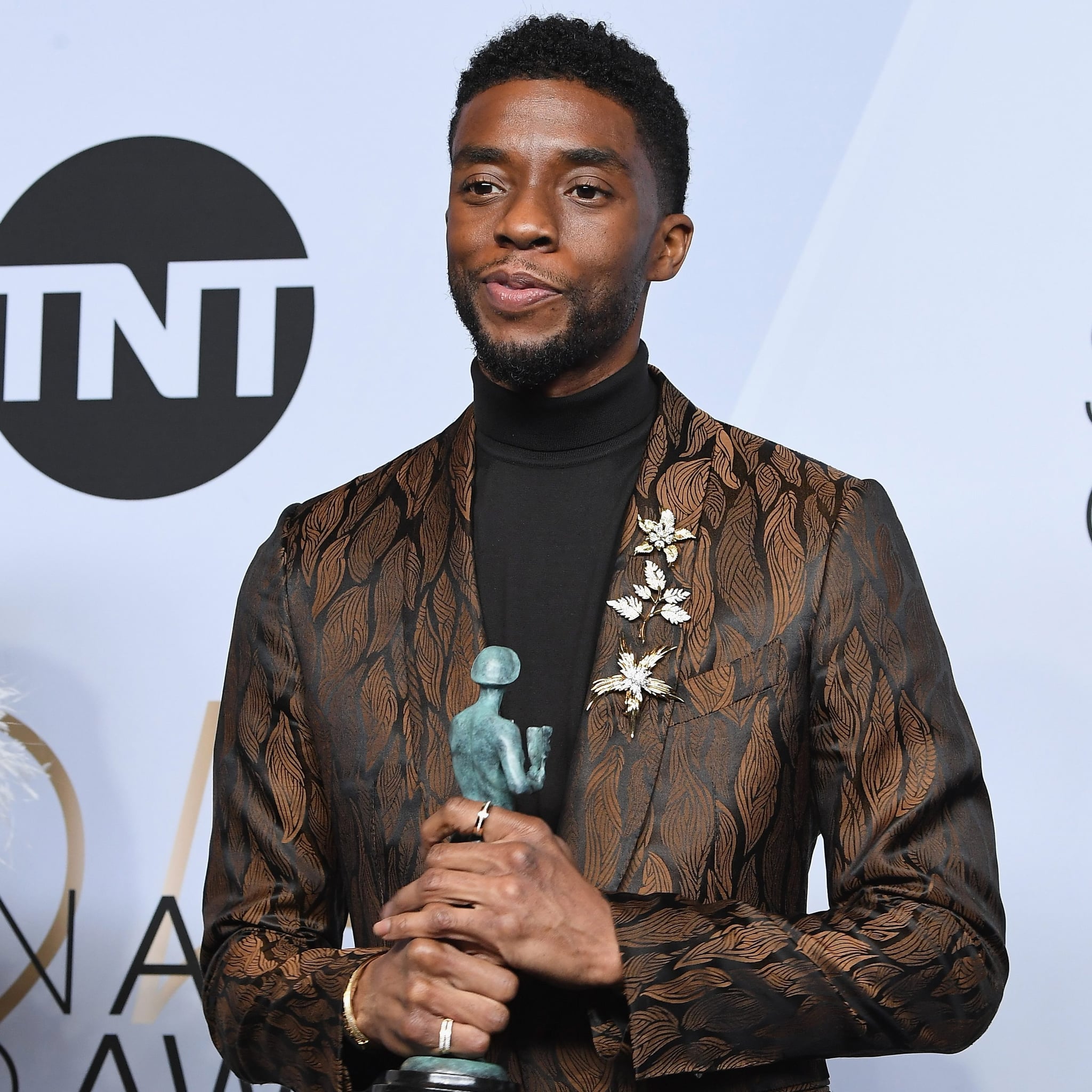 Sunday night was huge for the cast of Black Panther; all the major players took home the SAG Award for outstanding performance by a cast in a motion picture. To accept the win, Chadwick Boseman delivered an exceptional speech that will surely go down in the history books. In his speech, Boseman also referenced the Nina Simone song "To Be Young, Gifted & Black." Backstage in the press room, one member of the press asked him if he could elaborate on what he meant by it.

"When you aspire to do something that is outside of something the world would see you doing — 'To Be Young, Gifted & Black' is all of that," Boseman continued. "It's to have everything, but then not quite be able to grasp it. And to be able to persevere through that." The room burst into applause after he gave his answer. And even with that, even with a triumphant speech and a great backstage quote, Boseman delivered again when he answered another great question.

One journalist asked the cast if the film carries a legacy people aren't aware of. There are the obvious ones, after all: the box-office records, the brilliant diversity on the screen and behind the scenes, the list goes on. But Boseman attempted to convey the incredible subtleties in the film that many might have missed.

"I would say, I don't think people truly understand the amount of detail, the amount of mastery that went into the hair and makeup, wardrobe, set design. I think there's a disconnect, maybe because it's a superhero movie, maybe because it's a black movie, but I don't think that people understand that it's the equivalent of someone doing a period piece. It, in fact, is more difficult, because the tapestry it was being pulled from is all weaved together. The way that was actually used by the other designers . . . all of those different parts of our film, it's all weaved in a tapestry that I don't think has ever been done by another movie. You can be in the '30s. You can be in the 1800s. You can be in the 1900s. But to create an entire world from the most beautiful things from the continent and put all that together across all those lines of production and have people believe that this is one country, I don't think people have grasped the difficulty of that, and how that informs our performances, how it informs how we walk and talk and breathe in that space."

So, basically, Black Panther is everything we thought it was and so much more. Next up, the Oscars? It's been an uphill battle from the start, but those who have carried the film all this way are clearly up for the fight.

Nostalgia
Once Upon a Time, Ben Affleck Played J Lo's Romantic Interest in a Velour Puma Tracksuit
by Sarah Wasilak 22 hours ago