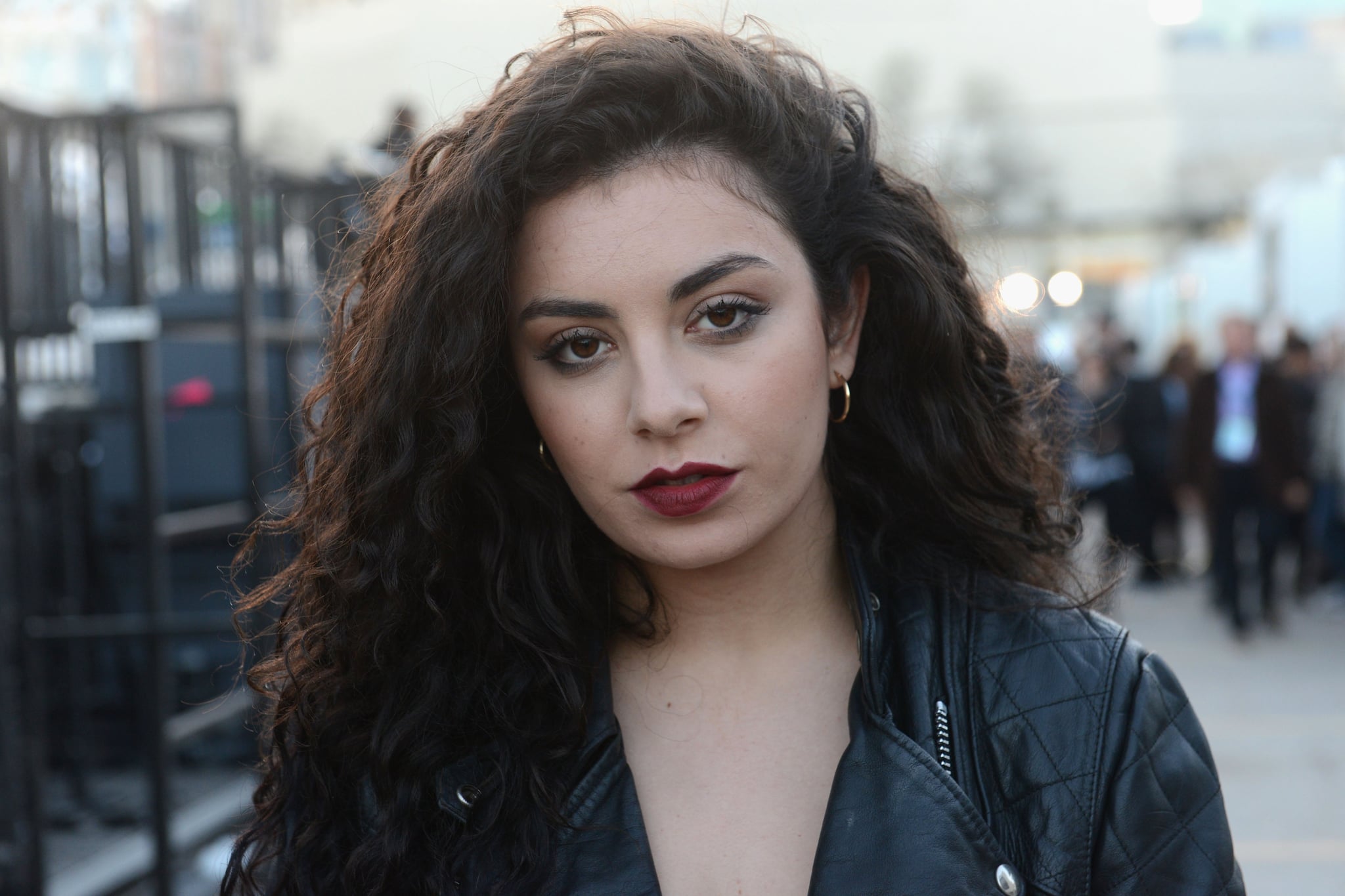 When "Boom Clap" was included on the soundtrack for The Fault in Our Stars, Charli XCX had no idea just how big it would be. The smash hit quickly began topping charts and was even touted as one of the best songs of 2014's Summer season. But for her new album, Sucker, Charli's taking her music to the next level. With brazen singles including "Break the Rules," "Breaking Up," and the title track, "Sucker," Charli has a new take-no-prisoners attitude that wasn't quite as present in her earlier music. We recently sat down with Charli to talk about her exciting career thus far, discussing everything from how she picked her stage name to the aesthetic for Sucker. Read on to find out what she said.

POPSUGAR: How do you think technology helped to get you where you are today?

Charli XCX: Well in terms of the way I started, I definitely believe I was kind of born as an Internet artist. My early success came from my MySpace page, and I guess it kind of developed from there. Being found on MySpace by promoters, and building up fans there, and then that kind of transferred to Twitter and Facebook and Tumblr. In that sense, social media and online technology has been a real important thing for me. And not only me, I think every artist who's relevant right now is really heavily relying on social media right now.

PS: We've heard that your artist name comes from an old screen name.

CXCX: Mine was like an MSN name, and it was always Charli XCX, "kiss Charli kiss," that's what it stands for, and it was always that, and I just kind of stuck with it. I think the reason it became my stage name was when the first promoter who reached out to me was putting on this illegal warehouse rave, and they always made these amazing flyers, and they'd always hand-draw them, and he was asking me what I wanted to be on the flyer, and I panicked, so I just gave him my MSN name and then it kind of stuck.

PS: Let's talk about Sucker. It feels like you're going a lot grittier and a lot more punk for this album. Can you talk about that shift? Is it something you've always had in you?

CXCX: For me, I never want to do the same thing twice with anything that I do, particularly with my music. So after my first record, True Romance, came out, I wanted to challenge myself and my audience and push it in a different direction. As a live performer, it's always been kind of more rock and roll, so I wanted to do something that would complement that . . . it all just kind of made sense for me to go that way. I was in Sweden making songs with some of my best friends, and that was what was coming out. I always like to record quickly, and that kind of music really suits powering through it and just making as many songs as possible. So it was cool. That's kind of how it ended up there.

PS: It's interesting because in a now tech-driven music world, you're kind of throwing back with this album, to this faded '90s prom vibe. I was wondering if you could talk about that idea or why it inspires you or what it means to you.

CXCX: Well, a lot of my favorite movies are based around that theme. From Clueless to Jawbreaker, The Virgin Suicides, they all have amazing prom scenes, and that's always been something that I've really connected with, and it's always kind of been part of my aesthetic. My dreams is kind of to be like the band that plays prom. With this album, that's definitely been something that's been inspiring to me — all of those favorite movies of mine. I feel like they link very well to that kind of style.

PS: What about when you went to high school? What would your classmates think of you? Would they say you've changed a lot since then?

CXCX: I think I've always been the same person, but in terms of going through different style phases, definitely. I feel like every kid kind of goes through different phases. I went through a heavy Avril Lavigne, pop-punk emo phase. That was definitely part of it. When I was younger, I wore everything and anything. My favorite color was purple for a really long time, so I remember when we had this school disco, I wore purple flares, purple eyeshadow, purple everything in my hair. I looked like Prince, but I was 12.

PS: What's your favorite song that everyone hasn't heard yet on the new album?

CXCX: I'm very excited for people to hear the song that I've done with Rivers from Weezer called "Hanging Around." I think it's a really special collaboration. It's not something that people would really expect to be on my record, and it's one of my favorite songs. It's very simple. It's very '90s. It sounds like Weezer, and I really love that.

PS: So who's your next dream collaboration?

CXCX: I don't know. I have my eye on a few lesser-known people and producers, especially in the UK. . . . I'd really like to work with Dev Hynes, actually. But I don't know, I've been writing for a few artists recently, so there'll be some stuff that comes out soon, like next year I think, which will be good.

PS: You kind of exploded this year, in an amazing way. Even a year ago, you were a little more niche, a little more indie. And now, with the success of "Fancy" and "Boom Clap" and things like that, you're in the mainstream world. How does it feel?

I definitely feel like the album, even though I'm in a commercial space, it's definitely not what's on the radio right now. It's something different, and it's my twist on pop music, which is what I've always wanted to do. I feel good about it. I feel like I have an opportunity to really be able to affect pop music, and I'll take that.

PS: You're bringing a new sound to pop music. It's not standard top 40. Was there a moment when you realized you had changed spaces?

CXCX: Yeah, I mean I guess "Boom Clap" definitely signaled that, because it was my first song where I'd just hear it on the radio all the time. To hear actually my song was kind of crazy.

PS: What was the first time you heard it on the radio?

CXCX: The first time time I heard it, I was in New York, and I had done an interview with Z100. I was leaving, and they were like, "We want to play your song right now." So when I was in the car leaving, I started listening to it. It was really weird.

Music
In the Heights: We Can 100% Confirm the Soundtrack Seems Like It'll Be Full of Bops
by Monica Sisavat 2 hours ago

Kim Kardashian
Chrissy Teigen Weighs in on Kim Kardashian and Kanye West's Divorce: "She Tried Her Best"
by Monica Sisavat 4 hours ago