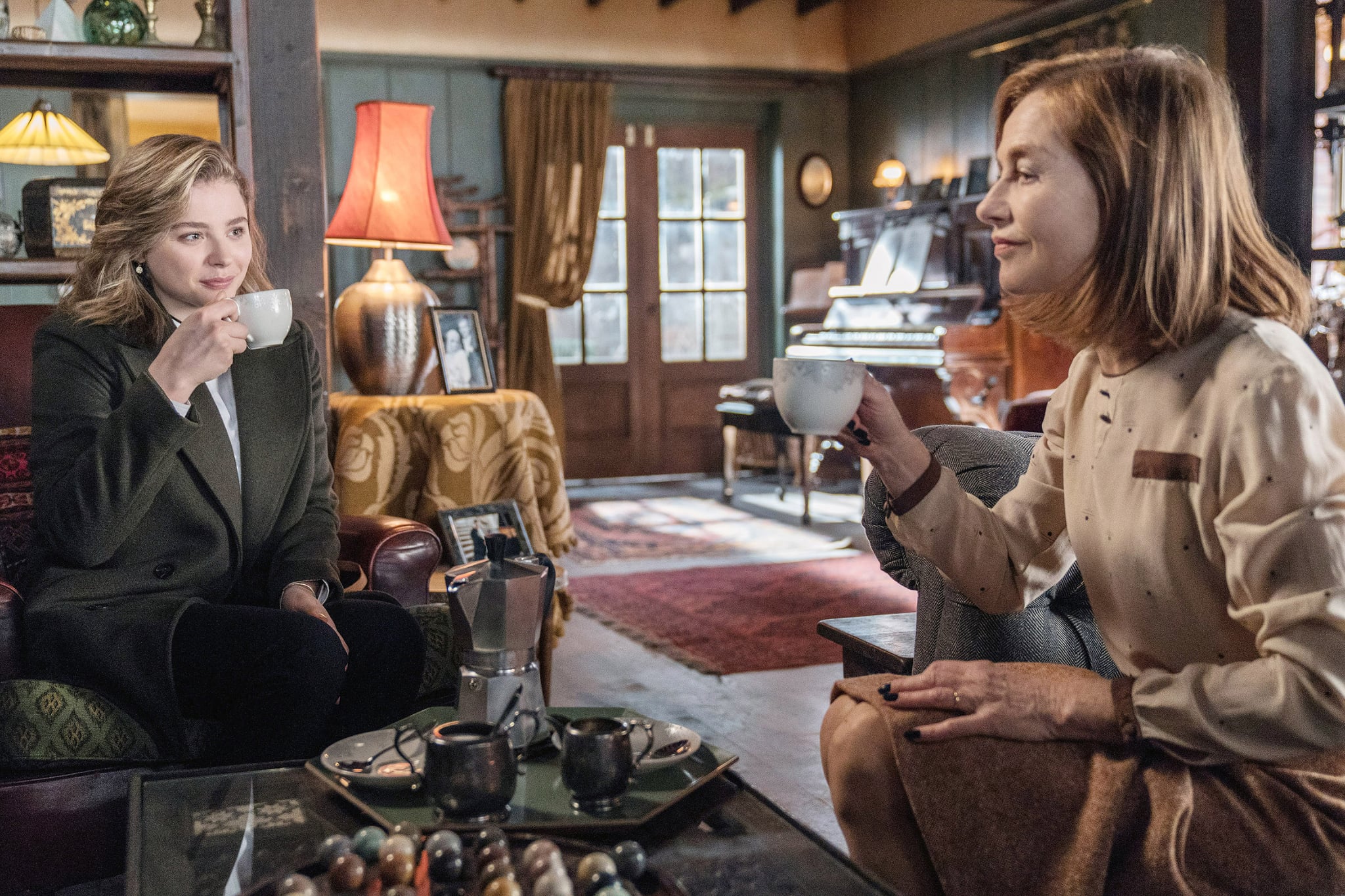 If any universities out there are looking for someone to teach a class on how to properly scare the sh*t out of audiences with a horror film, I highly recommend giving Chloë Grace Moretz a call.

The 22-year-old star has been sending chills down audiences' spines ever since her very first role at just 5 years old, when she played young Chelsea Lutz in The Amityville Horror. She's followed it up with hair-raising appearances in everything from Matt Reeves's 2010 vampire chiller Let Me In to her blood-soaked outing as the titular telekinetic in the 2013 Carrie reboot. Now, she leads Greta, the Neil Jordan-directed psychological thriller that's terrifying enough to make you never want to speak to a stranger again.

Related:
Netflix Has Upped Its Horror Game in 2020, and There Are Some Terrifyingly Great Options

As Frances, Moretz comes across as wholesome, sweet, and just a bit naive, which is what makes her easy prey for Greta Hideg (Isabelle Huppert). When Frances finds a green handbag on the subway while coming home from her job waiting tables in New York City, she does what any well-adjusted, kind human would do, against the advice of her cynical roommate (Maika Monroe): Frances digs out the license inside, goes about returning the bag and its contents to its rightful owner, and strikes up a deep mother-daughter friendship with the lonely Greta (OK, maybe not everyone would do that last bit).

But when Frances discovers Greta has multiple versions of the same (chic, not gonna lie) handbag in her home, which she plants around the city in hopes of luring young women to her Brooklyn home, Frances realizes the sweet, older French woman she's been having dinner with might want to, at worst, wear her skin as a coat and, at best, lock her away in a secret room forever. So, you know, not exactly great choices for poor Frances.

In a playing field filled with recycled revivals of old horror films, Greta stands out for a number of reasons, chief being Moretz's excellent, nightmare-inducing performance. I recently hopped on the phone with the actress to get the lowdown on everything from both of the film's wild twists (yes, both) to THAT finger scene.

Warning: Spoilers for Greta are discussed below, so tread carefully.

POPSUGAR: The first thing that really struck me about Greta was how all the main characters are women — Greta, Frances, and Erica — which isn't something that you necessarily see much in the horror genre. I was wondering if that was something that specifically appealed to you when you first read the script?

Chloë Grace Moretz: Most definitely. I think it was, for me, a really wonderful opportunity to subvert the horror genre. So casting the Anthony Hopkins character as Isabelle Huppert, casting the boyfriend character as Maika Monroe, and being able to depict that onscreen was I think a lot more interesting. It was a massive thing that drew me to the project.

PS: I love how the villain is this unassuming, petite older woman who you wouldn't suspect to be a terrifying, twisted killer, and the same can even be said of Erica (Monroe's character), getting to be the hero at the end. But can you talk a little bit about the dynamic between Frances and Greta, and how you see it evolving throughout the film?

"When you get sucker punched with the reality of her obsession, it is as heartbreaking as it is terrifying."

CGM: Sure. That was something that we really wanted to get right from the beginning of the film in creating the relationship between Isabelle and I and knowing [director] Neil [Jordan]'s history, looking at Interview with a Vampire and In Dreams and his other films, you can really see that he loves this macabre fantasy, this twisted fairy tale he creates. But at the heart of his stories, in the through-line of his stories, is always the real, important, realistic personal relationships between his characters. That's why you hold true, that's why you stick through. With this one we really wanted to create this relationship between Isabelle and I that felt authentic and beautiful, so when you get sucker punched with the reality of her obsession, it is as heartbreaking as it is terrifying.

PS: It's funny you describe it as a fairy tale, because Frances is so much like a fairy tale character. She's so innocent and kindhearted, and it's easy to watch her and be like, "I would never do that. I'm not naive enough to do that kind of thing." But the film does such a good job of showing how trusting the wrong person can end up the way Frances does, in a box.

CGM: Very much so, completely. You never know really who you're letting into your life, and especially if you are someone like Frances, who I think continues to try and live her life in a fairly positive way. She's fairly naive but I think she is trying to see the good in people around her and those that she lets in her life. That is a double-edged sword, that when you are that open, you're also opening yourself up to potential disparity in the darkness you're bringing in.

PS: So, I want to talk a little bit about the twist at the end. Or at least, the second twist, with Erica coming to Frances's rescue, because, again, it felt pretty fresh to see the two of you victorious at the end, rather than the male PI bursting in and saving you. Was that the ending that was always going to happen in the script?

CGM: Yeah, that was always one of the big twists in the script. That, and the double dream were the big twists in the script. And those were things that I know Neil really loved from the beginning, but we really wanted to show that in the story, really confuse the audience, I think. So, it was important to be able to do a movie like this with three women at the helm. Usually you wouldn't see this depicted that way, and that was exciting for all of us. All of us were lucky to have the chance to play really fully-fleshed out characters, which is a massive step forward in a genre that is very male-dominated.

PS: Exactly. You're also coming off of Suspiria, which, again, features so many women in all the main roles. Do you enjoy this genre personally? Are you a big scary movie fan?

CGM: Definitely. Well, my first film I ever did was The Amityville Horror when I was 5-and-a-half years-old. And moving forward, doing Let Me In and then doing Carrie and then Suspiria and this . . . I've always loved, I think, the darkness. Especially in cinema, I think, the genre's a really wonderful way to depict interpersonal relationships, but to also fill seats with a breadth of audience members that are going to buy a ticket no matter what because they're massive fans of horror. But then taking in really intricate and intense storytelling, which I think the genre really lends itself well to if done correctly. 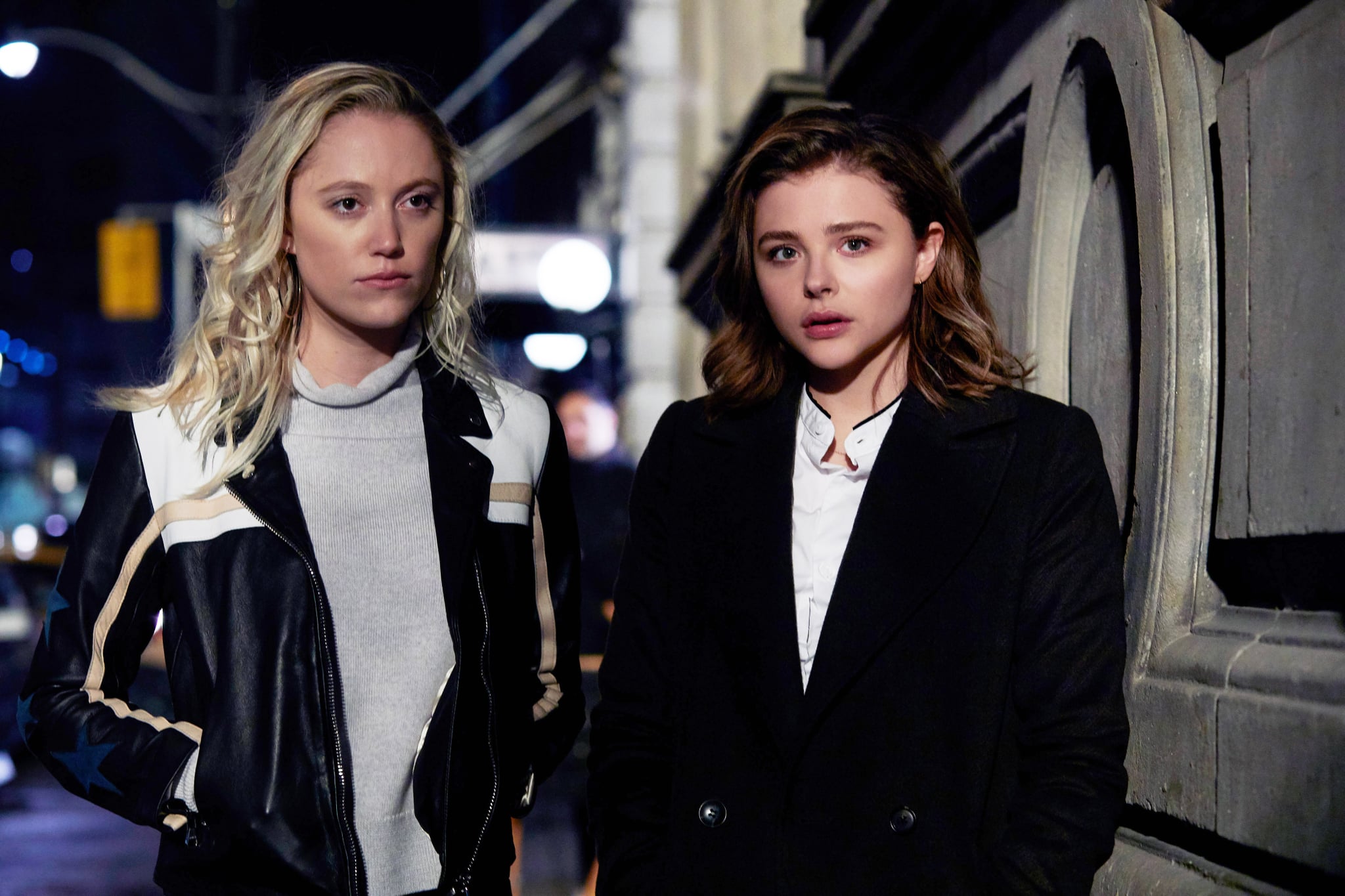 PS: There are so many scenes in Greta that freaked me out, but the claustrophobia I felt watching Frances get locked in that box was the worst. What was filming that like?

CGM: I'm genuinely claustrophobic in real life, so for me to film that scene, it was incredibly brutal. But Isabelle was an awesome partner to do that with, and she was so sweet and so kind. And Neil was so wonderful. He shut down the set and he kept it nice and quiet and really took his time with me so as to not freak me out too much.

PS: Was it as gross as it looked?

CGM: It's so spooky. We had a fun time playing with that appendage, though. I remember we had several different prosthetics hanging around and we would hide them in catering, in different random candy bowls and coffee cups. We had that pop up in quite a few places. [Laughs.]

PS: So you and Isabelle had a fun time on set, when you weren't trying to kill each other onscreen?

CGM: It was incredible! I mean, she's such a wonderful woman and we became close friends after making the film. We had a great time playing around [on set] and then jumping into these crazy moments. And I really try to not take things very seriously when we're doing movies like this to try and keep as much levity as possible in the moments of depravity. So we found it important to remind ourselves to keep laughing.

Greta is now in theaters.