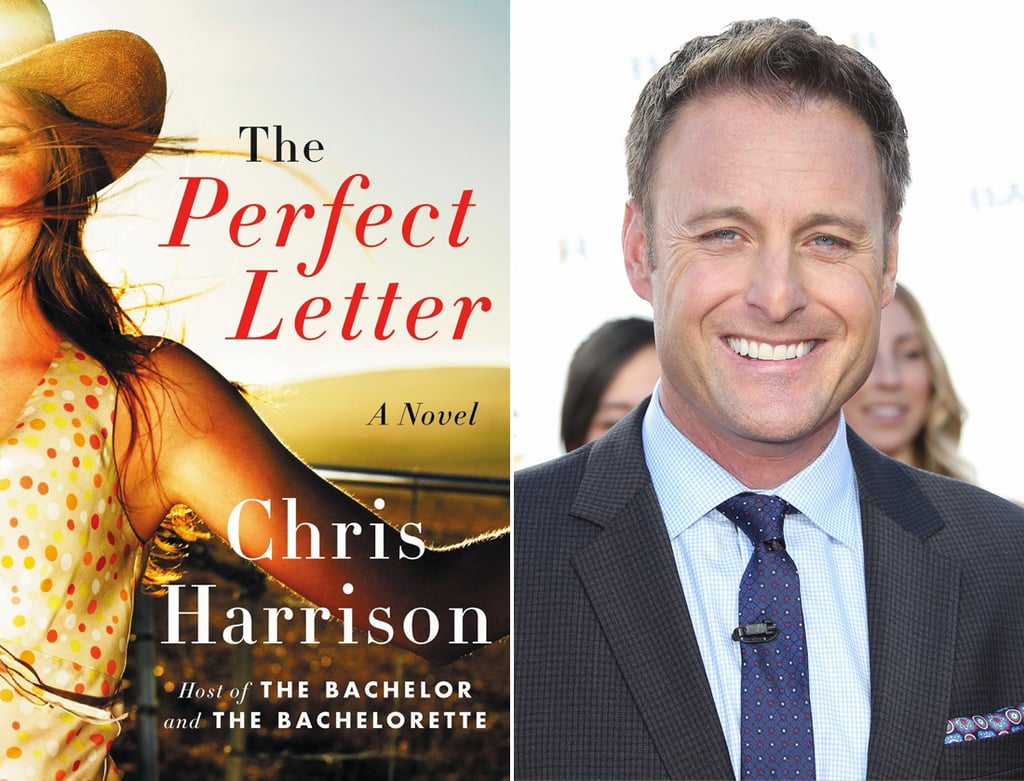 Chris Harrison wears many hats, including TV host, therapist, and crazy-lady wrangler on The Bachelor and its plethora of spinoffs, and now he can add romance novelist to that list. Alas, we had hoped for a tell-all memoir, but we're still pretty excited. I spoke with Chris recently, and he shared a little bit about the book, his inspiration, and what he considers "the Bible of romance novels."

POPSUGAR: How are you doing?

Chris Harrison: I'm good; I'm a little busy. I'm a little overwhelmed right now. Life's a little crazy. The book was a bigger project than I ever anticipated.

PS: Yeah, tell me about that.

CH: I wrote a romance novel called The Perfect Letter [out May 19] that has been in the works for about two to two and a half years. I didn't realize what a large undertaking that would be. Mr. Naive, I'll just write a book. And if you want it to be good, it kind of takes a little more than I thought.

PS: What inspired you to write a romance novel?

CH: I love to write and it kind of spawned out of an encounter I had with Nicholas Sparks about five years ago at an event, and I'm a huge fan of his. We became friendly and talked about his job and my job, and we have a lot of the same fans and a lot of the same notions of what drives his books and my show; it was very interesting. So out of that spawned this dream that I would do the same and write a book. I actually emailed him not too long ago and said, "You know that meeting we had? Something came of it." So he congratulated me and said good luck, and it meant a lot to me.

PS: Can you tell me a little bit about the book?

CH: I learned something from Nicholas and his books; he's very personal, he writes what he knows, obviously the stories aren't real — they're fiction. But I learned a lot of romance and intrigue and things from this show that I take. There are things based on Texas — that's where I'm from — and there are characters based on people in my life. I won't divulge who they are because some aren't flattering. If you like The Bachelor and you love romance and escapism, you'll love the book.

PS: How do you feel taking on this new role as an author?

CH: I know what I do on television. I know what I am and I'm very comfortable with that; I've been doing it a long time. That doesn't mean you're going to like me or not, but I know I can do what I do. This is completely different. I feel very vulnerable for the first time in a long time, which is very exciting to me because it's not often you can do this business for 20 years and find something that makes you feel nervous and raw and excited, but that's the way I feel releasing this book to the world and allowing everybody to read my thoughts.

CH: I think the Bible of romance novels is The Notebook. That's why I think Nicholas Sparks is the Godfather. I hate to admit this, maybe, but I'm a fan of a lot of his books; Message in a Bottle was great. But I think The Notebook is the Bible of romance novels, and it turned out to be a great movie as well, but that's definitely a book I've read. So think less Fifty Shades, more that.

Image Source: Getty
The BachelorBooksChris HarrisonRomance Novels
Around The Web

Halsey
Halsey Wrote a Book of Poems That Explores Feminism, Sexuality, Mental Illness, and More
by Chanel Vargas 2 weeks ago

Books
Looking For a Steamy Read? These Books Will Put Even a Heat Wave to Shame
by Lauren Harano 2 weeks ago