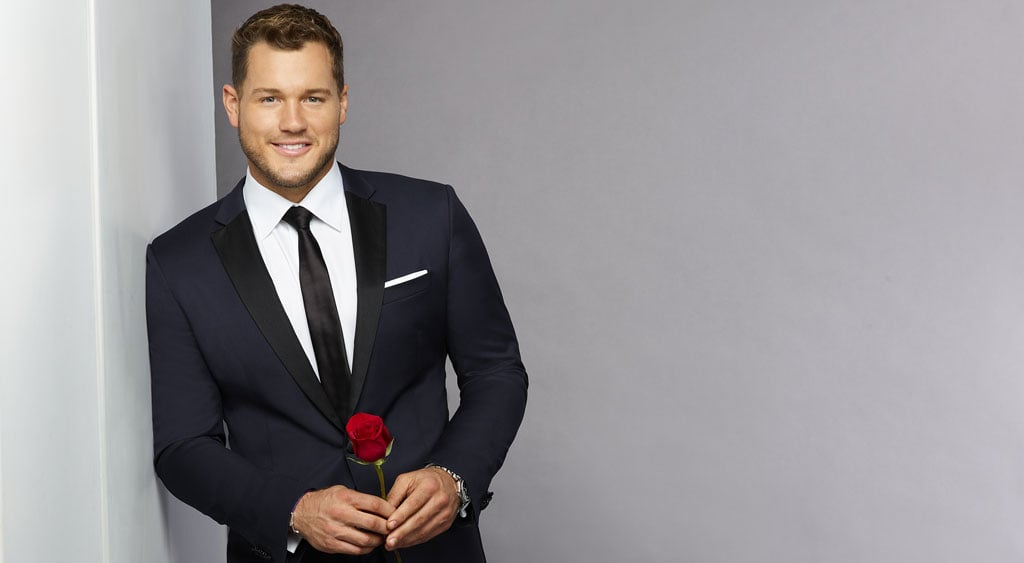 At this point, thanks to a high-profile arc on Becca Kufrin's season of The Bachelorette and an eye-roll-inducing marketing campaign for the upcoming season of The Bachelor, Colton Underwood's name has practically become synonymous with the word "virgin." And you know what? That's apparently just the way he likes it!

During a recent interview with The Hollywood Reporter, The Bachelor's next leading man revealed that ABC using his virginity so heavily while promoting his season of the reality dating show is totally cool with him. And why, you might be wondering, is Colton so remarkably chill about seeing his face on a photoshopped version of The 40-Year-Old Virgin poster instead of Steve Carell's? According to the 26-year-old, despite that cheeky marketing, he was able to influence a lot of how his season has gone.

"I don't mind making light of it and having fun with it — I can roll with the punches," Colton explained to THR. "I'm used to locker room banter, and I can have fun with that side of things. Of course night one was maybe over the top, but it was also nice to have those jokes and be able to laugh and smile. That first night can be nerve-wracking and overwhelming, so moments like that allowed me to stay loose and in the moment."

"I think people are going to have a better understanding not only of who I am, but the whole picture in regards to my virginity," he continued. "I will say this also: I pushed the production of this show just as much as they pushed me and allowed me to grow as a human being. I gave them a run for their money — quite literally — and I think they made me a better person. I hope at the end of this they can think that I made them better as well."

His reference to giving them a literal "run for their money" is in regards to a moment from season 23's promo in which Colton, overcome with emotion, jumps over a fence seemingly in an effort to evade the show's cameras. Colton confirmed to THR that the scene happens during Fantasy Suites week, aka when the titular Bachelor (or Bachelorette) has the option to have a camera-free overnight date with their finalists.

So, is Colton still a virgin? He didn't say, instead noting that jokes about still having his "v-card" kept him laughing throughout the premiere. "Obviously, people are invested in that now because that's sort of been my story and what people know me for," he said. "Hopefully after this, they know me for much more than just being a virgin."

Colton's season of The Bachelor is scheduled to premiere on ABC on Monday, Jan. 7.

Tom Hanks
Tom Hanks Defends His Family Amid Nepotism Debate: "Doesn't Matter What Our Last Names Are"
by Njera Perkins 4 weeks ago