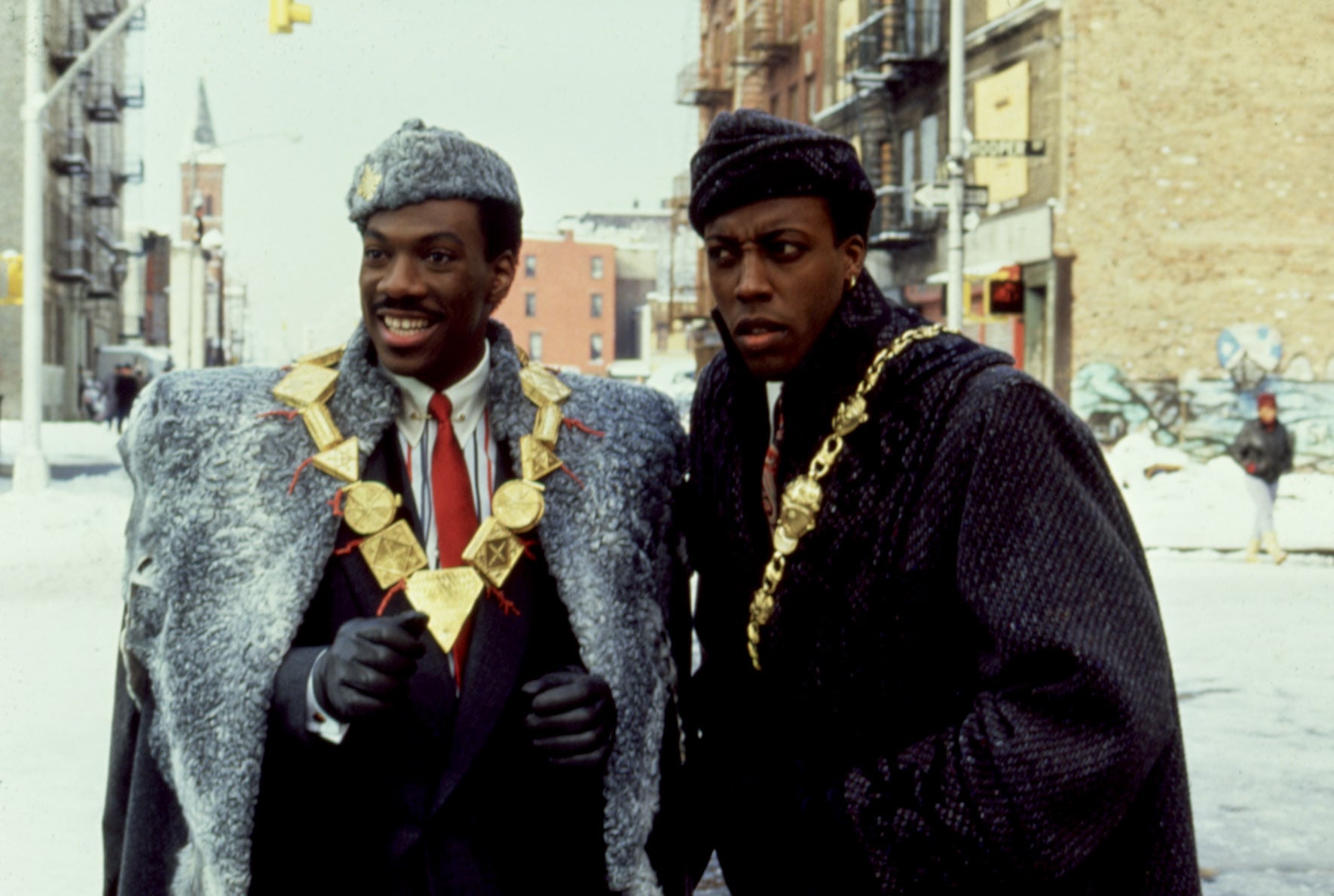 It's been 31 years since we've visited Zamunda, and it's about time we went back!

The long-awaited sequel to the 1988 romantic comedy Coming to America has officially become a reality. After being produced by Paramount Pictures in association with New Republic Pictures, it was announced that Amazon Studios has acquired worldwide rights to the sequel, which is set to release on March 5, 2021.

The film, titled Coming 2 America, has tapped Craig Brewer, the director of Hustle & Flow and the Footloose remake, to lead the project. Brewer previously directed Eddie Murphy in the Netflix film Dolemite Is My Name, and according to Deadline, the two are eager to work together again.

Murphy is expected to return as Prince Akeem, who traveled from his fictional African country of Zamunda to escape an arranged marriage. He went on to find the love of his life and eventual queen, Lisa McDowell, in Queens, while giving us a plethora of iconic scenes. And yes, there are quite a few familiar faces in that clip, because Coming to America had a star-studded cast, including Arsenio Hall, Shari Headley, James Earl Jones, Samuel L. Jackson (briefly), and Louie Anderson. While we don't know who will be back for the sequel, we do know what the story is currently shaping up to be. Deadline reports that in the sequel, Akeem learns about a long lost son, and must return to America to meet his unexpected heir.

Black-ish creator Kenya Barris has been tapped to rewrite a script by original Coming to America writers Barry Blaustein and David Sheffield, while Murphy will serve as producer with Kevin Misher.

"After many years of anticipation, I'm thrilled that Coming to America 2 is officially moving forward," Murphy said in a statement. "We've assembled a great team that will be led by Craig Brewer, who just did an amazing job on Dolemite, and I'm looking forward to bringing all these classic and beloved characters back to the big screen."

Channing Tatum
Channing Tatum Will Return For a New Magic Mike Movie on HBO Max!
by Perri Konecky 2 hours ago

by Princess Gabbara 55 minutes ago