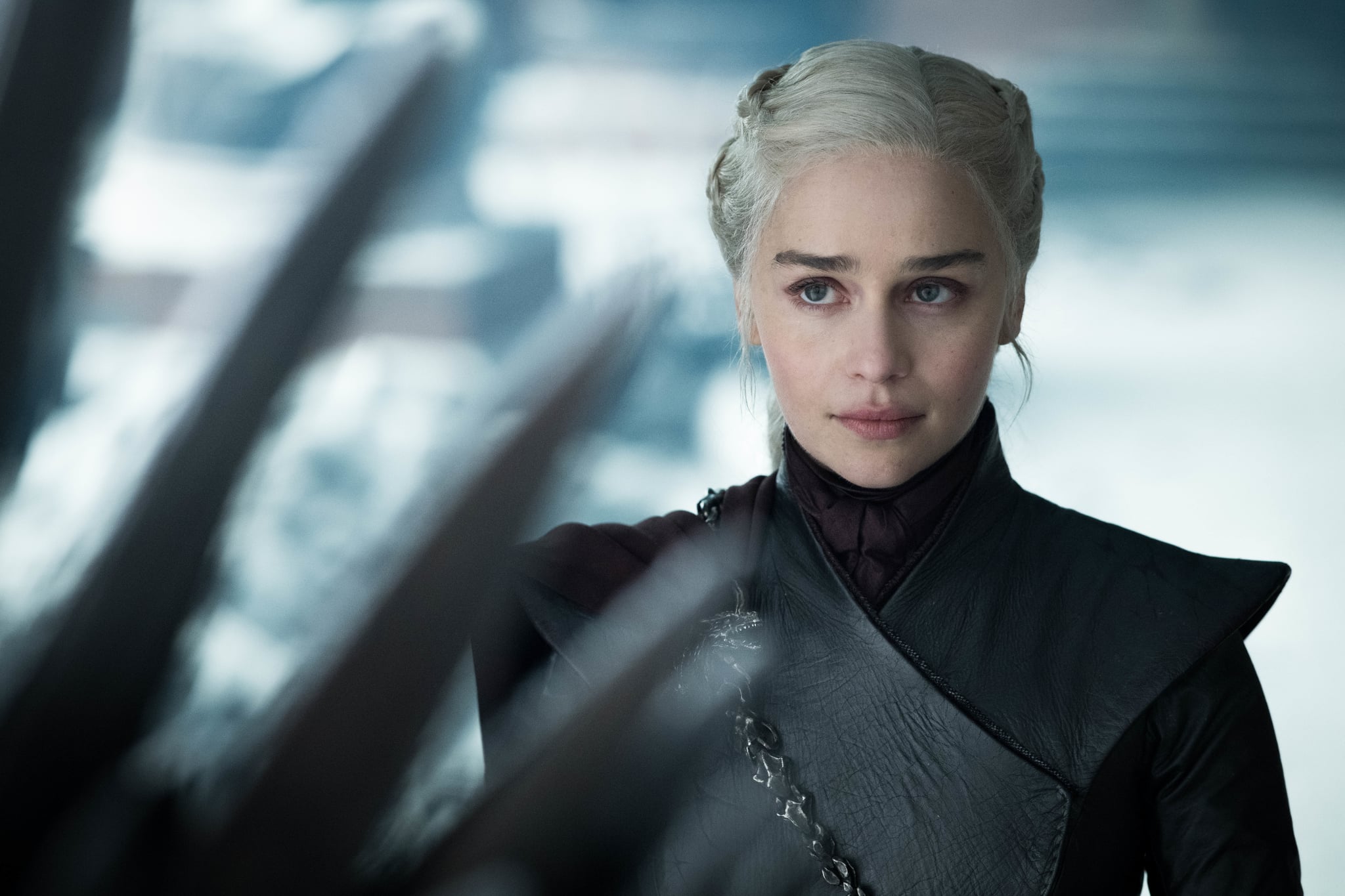 Warning! Spoilers for Game of Thrones below.

One of the greatest tragedies of the series finale of Game of Thrones is the death of the Dragon Queen, Daenerys Targaryen. Not that it wasn't particularly well-deserved — she had just burned thousands of innocent people to death and was already making plans to do so all over the world — but it was still tough to watch her go down, especially at the hands of her lover and nephew, Jon Snow.

But what was especially heartbreaking was the scene that followed — watching Drogon realize that the man he allowed entry into the Red Keep had killed his mother. In his anguish, the last of Dany's dragons melts the Iron Throne into a bubbling, molten puddle with a powerful stream of flame. Having destroyed the symbol of power that led to the death of both his brothers and his mother, Drogon picks up Daenerys's corpse in his talons and flies off into the foggy distance. Toward the end of the finale, when Tyrion and the rest of the small council are working out the state of Westeros, the new Hand mentions that Drogon "was last spotted flying east."

Our first assumption is that Drogon is taking Daenerys's body east to Essos, most likely to where the Targaryen line originated thousands of years ago in Old Valyria. It would be poetic to have the last of the Targaryens (since Jon doesn't claim his dragon ancestry) resting where her family originated. But, as with anything left particularly open-ended, we find ourselves wondering if maybe Drogon isn't going East to bury his mother, but rather to bring her back. Reddit user Psyduck-Stampede posits the theory that Drogon is taking Daenerys to Asshai, where she can be resurrected and become the Dragon Queen of the Shadow Lands. 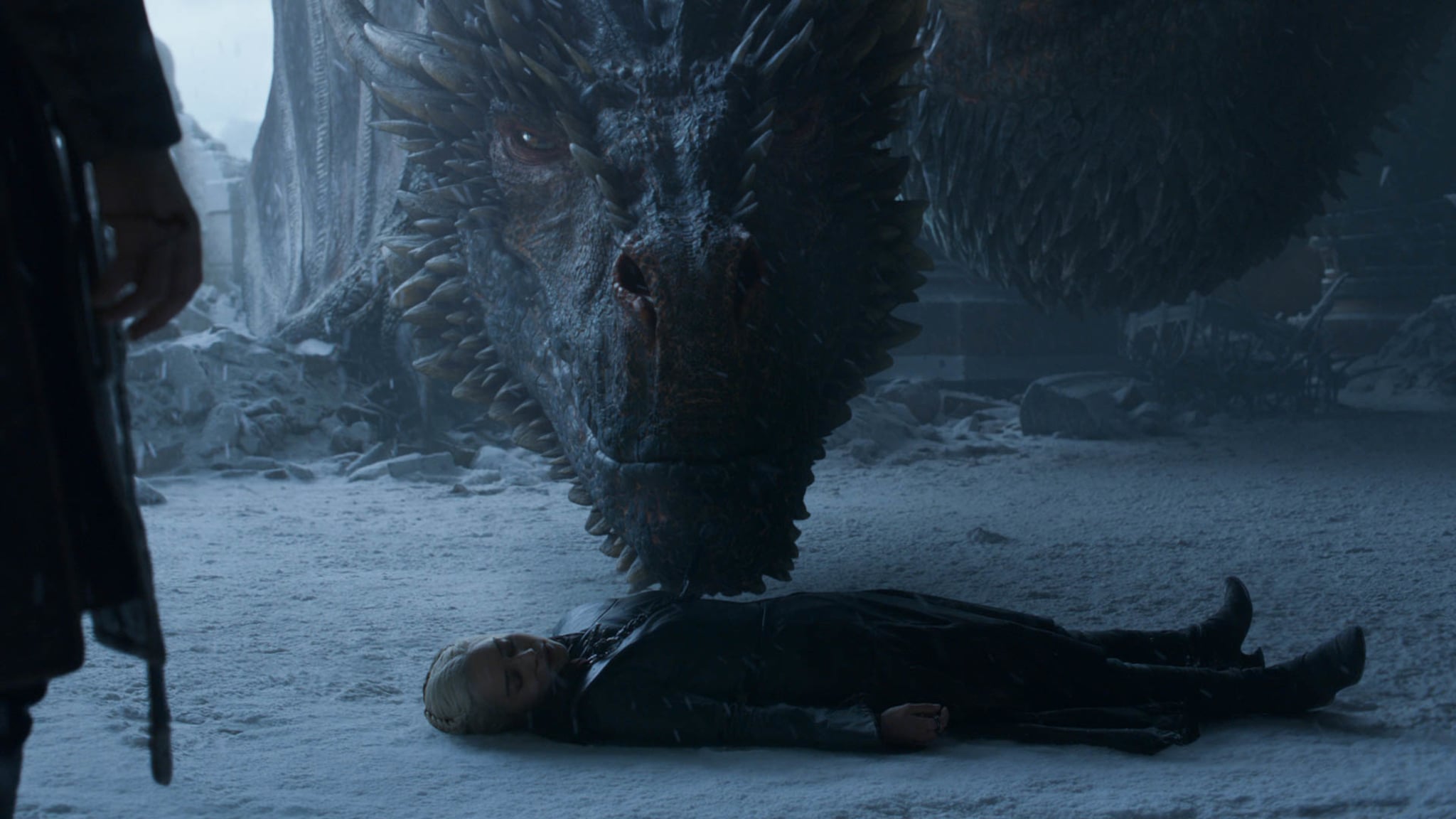 For those who haven't cracked open A Song of Ice and Fire in a hot minute, Asshai is a mysterious port city on the far south-east of Essos. It's known as Asshai by the Shadow because it's located on the southernmost edge of a peninsula known as the Shadow Lands. So basically, it's a spooky-ass region that happens to have the population of "a good-sized market town." The waters "glisten black" and are filled with fish that are blind and deformed. There are no children who live here, and any animals brought into the city will die. The whole area is rumored to be a land of shadows, demons, and ghosts, so it's definitely the place a grieving dragon would take his dead mom to get her resurrected.

Know who does actually live in Asshai? Spellsingers, aeromancers, and warlocks, who are free to practice their magic no matter how depraved they may be! Dragons are rumored to live there as well — in fact, Daenerys's three dragon eggs are reportedly from the Shadow Lands beyond Asshai. So, Drogon would basically be going back to his home by bringing Daenerys there. A home where he knows magic happens and someone could bring back his mother, which is exactly what Psyduck-Stampede believes could happen.

Related:
Game of Thrones: This Throwaway Line Might Explain Where Dany and Drogon End Up

The Redditor points out that Daenerys has been told that she has to go to Asshai before, most significantly by Quaithe. "To go north, you must journey south, to reach the west you must go east," she said. "To go forward you must go back, and to touch the light you must pass beneath the shadow."

So Drogon delivers Darnerys to a witch in Asshai who gives her a second chance at life, much like Melisandre gives Jon when she resurrects him in season six (a Red Witch who just so happens to originate from Asshai herself). A newly resurrected Daenerys has two choices: she can go back to her kingdom in Meereen and live happily with people who actually want her there, or she can grow her power in the Shadow Land and go back to claim Westeros as "the Undead Dragon Queen of the Shadow Lands." Knowing how Daenerys just can't say no to power, we're pretty sure she'd go with the latter.

Even though Game of Thrones is over, we still have the last two entries of the A Song of Ice and Fire books to see how the story ends. Maybe George R.R. Martin has something like this cooking for the Dragon Queen — that is, if the endings are even vaguely similar. Or this theory could work as part of a sequel series. Either way, we're intrigued!