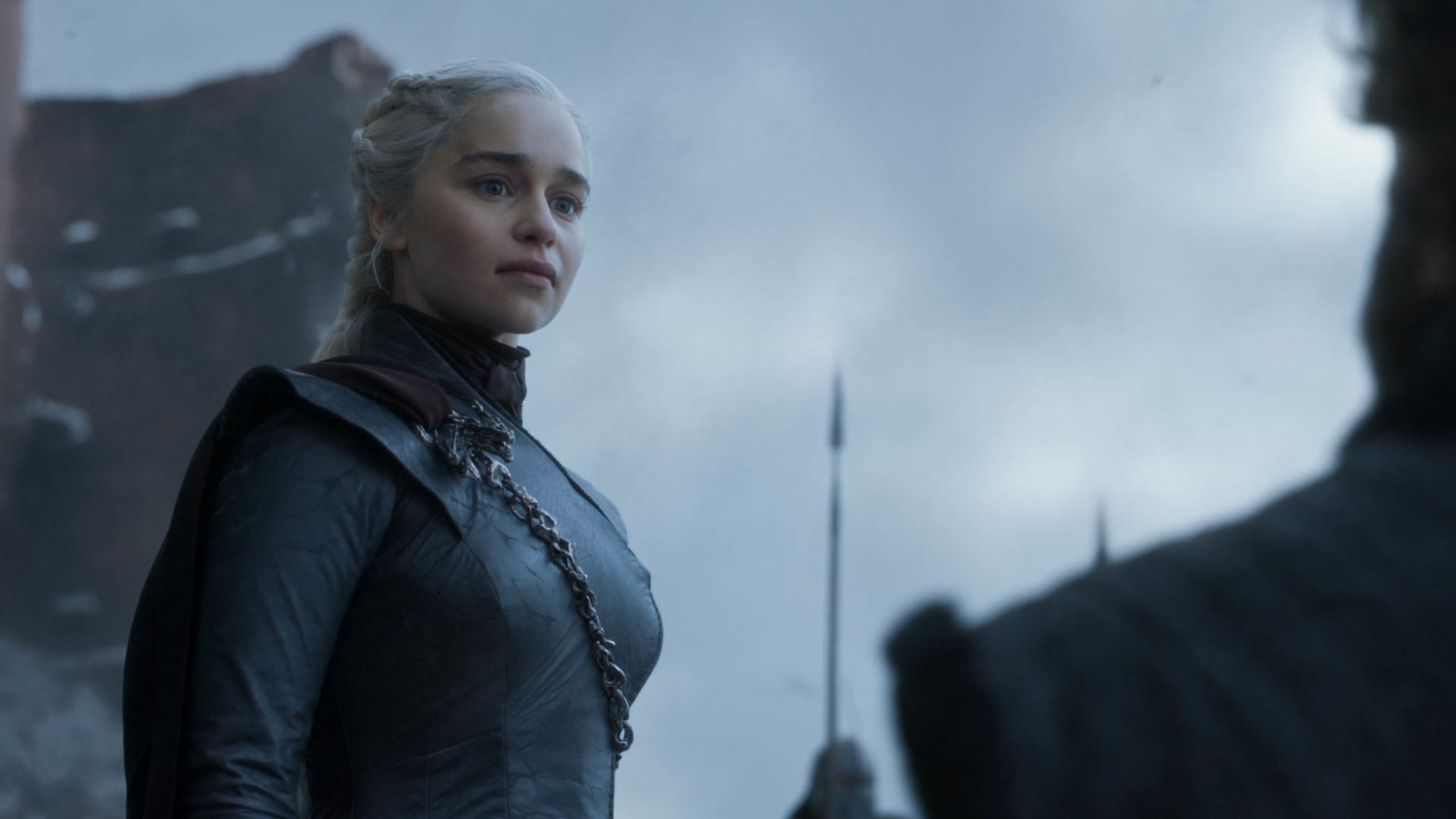 Warning: major spoilers for the Game of Throne finale ahead!

As so many people had predicted, Game of Thrones didn't have a happy ending for many of its major characters. Daenerys Targaryen arguably had one of the most devastating endings of all. After eight seasons of fighting to reclaim the Iron Throne, she ultimately dies literally just as she reaches the throne, killed by her boyfriend/nephew Jon Snow after destroying King's Landing and refusing mercy to the surrendered. After she dies in Jon's arms, her last remaining dragon, Drogon, arrives at the scene. He melts downs the Iron Throne with rage and grief-induced fire, then gently scoops up Dany's body and flies away . . . somewhere.

It's never stated or shown exactly where Drogon is headed with the body of his "mother," but there's a brief line later in the episode that has sparked at least one fairly sensible theory. During the council's gathering, it's mentioned that Drogon was last seen "flying east," which seems like a throwaway line, but could actually have some significance. "East" of Westeros leads to the continent of Essos, which is where the Targaryen line originated thousands of years ago in Old Valyria. In the old days, Valyrian nobles tamed dragons and ruled the continent in a vast empire, which only ended after a cataclysmic volcano eruption wiped out much of the empire; only the Targaryens and their dragons survived, living in Dragonstone far from the empire's center.

It would make a lot of sense that Drogon would take Dany's body back to her ancestral home. Long ago, she called the Valyrian language her "mother tongue," and her earlier adventures focused on Essos before she made it to Westeros. In a way, it's poetic that one of the last Targaryens returns to have her resting place in the place where her family originated: they survived when others didn't, just like she did up until this final moment.

Drogon may have flown out of Westeros, but that doesn't mean that he's gone forever. Bran Stark, the newly chosen king, calmly hears that Drogon has potentially been spotted and promises that he will try to find the dragon, presumably with the assistance of his Three-Eyed Raven powers. That statement raises some interesting questions: why is Bran trying to find Drogon, and what would he intend to do if he did track him down?

While the last official Targaryen is gone, the bloodline isn't. Jon Snow is actually Aegon Targaryen, and he's already proven that he can connect with the dragons and even ride one. There's now only one dragon and one person with Targaryen blood left in the world (at least, that we know of), so there remains a possibility that the two might reunite one day. After all, Drogon deliberately did not kill Jon, even after seeing that he had killed Dany, so there is presumably a reason for that. While we'll never know the real reasons, since the series is over, it's an interesting thread left dangling that suggests there's still a story to be told.