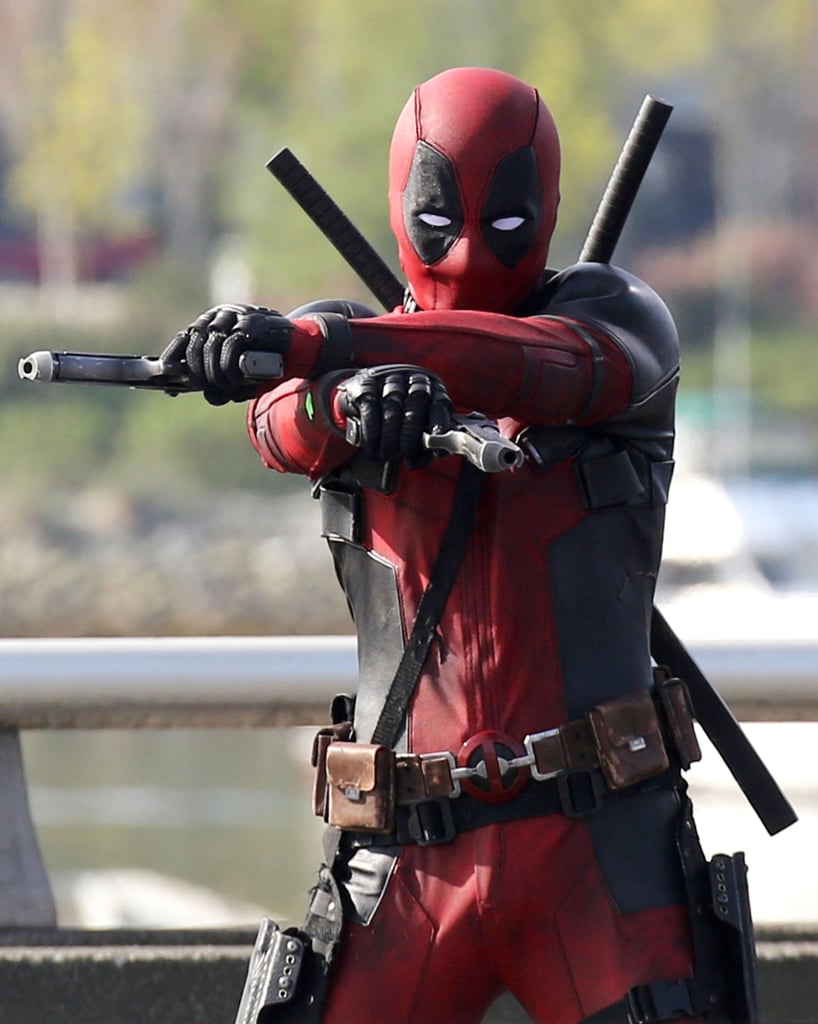 Check Out Ryan Reynolds in Costume on the Set of Deadpool

More pictures from the Vancouver set of Deadpool have arrived! These new pictures feature star Ryan Reynolds in full costume, brandishing a couple of large guns. We recently saw set pictures of Reynolds in plainclothes, sporting extreme facial scars and no eyebrows. His character, Deadpool, has extreme healing powers (think Wolverine, but on steroids), but his body is constantly fighting a disease. So while he's nearly invincible, he's somewhat disfigured because of this ailment. Recently, Reynolds confirmed the movie's R rating in an April Fools' Day video, and these pictures (plus the original ridiculous picture) make us even more excited to see how this movie pans out. Take a look at all the pictures of Reynolds, plus costars Morena Baccarin, Gina Carano, and Ed Skrein, below.