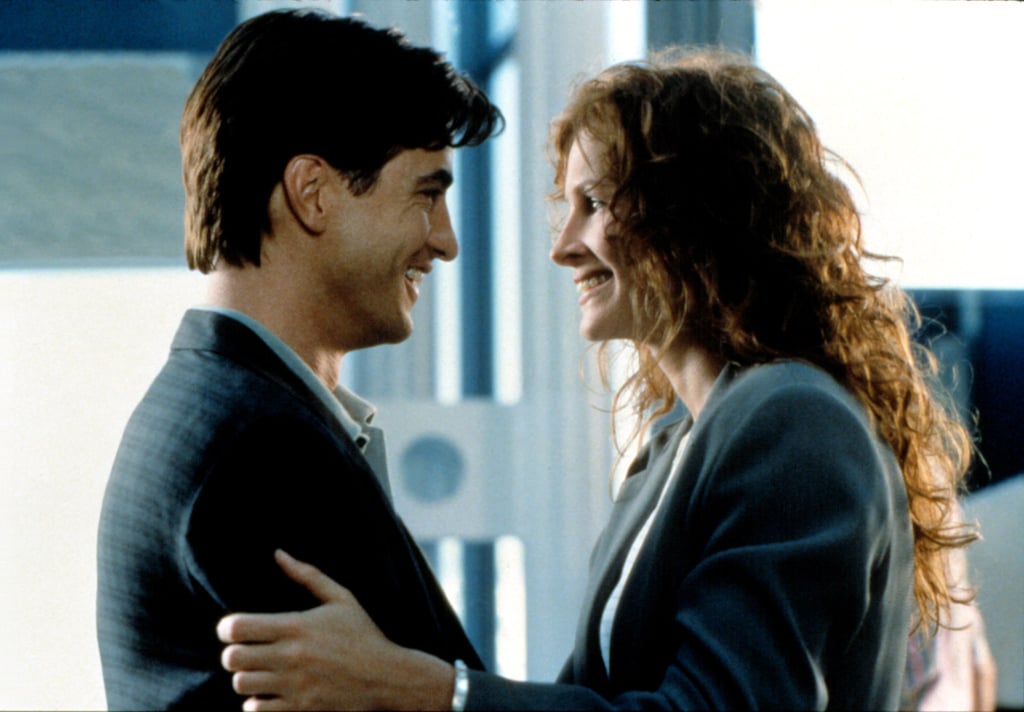 Dermot Mulroney Is Ready For My Best Friend's Wedding 2, So Say a Little Prayer It Happens

Ever wonder what happened to Julianne and Michael after My Best Friend's Wedding? Well, so does Dermot Mulroney. The actor, who recently reunited with his 1997 costar Julia Roberts for their show Homecoming, is making it clear: he's absolutely down for a sequel.

While he was visiting The Talk on Nov. 1, host Sharon Osbourne asked Mulroney about any potential plans for a continuation of Julianne and Michael's story. "I know, I know," he responded. "The question is much chronicled, you'll notice that the answers are hard to come by. I'm certainly not in the decision-making process. "

Even though he doesn't get final say on if the movie has a second life, Mulroney clarifies that he's had the same opinion for the past 21 years. "I've been clear from the beginning, I've been clear from 1997, that I'm ready for a sequel, I'm on record."

Say a little prayer, fans; maybe we won't have to wait forever and ever for a sequel after all! While we wait for Roberts to chime in, reminisce on a few of our favorite moments from the movie ahead.

Decor Shopping
A Vintage Barbie Wallpaper Collection For Adults Is Here, and It's So Beautiful
by Haley Lyndes 13 hours ago

Nostalgia
The Serpent: How to Steal Monique's Sultry and Bohemian '70s Style
by Kara Kia 1 day ago