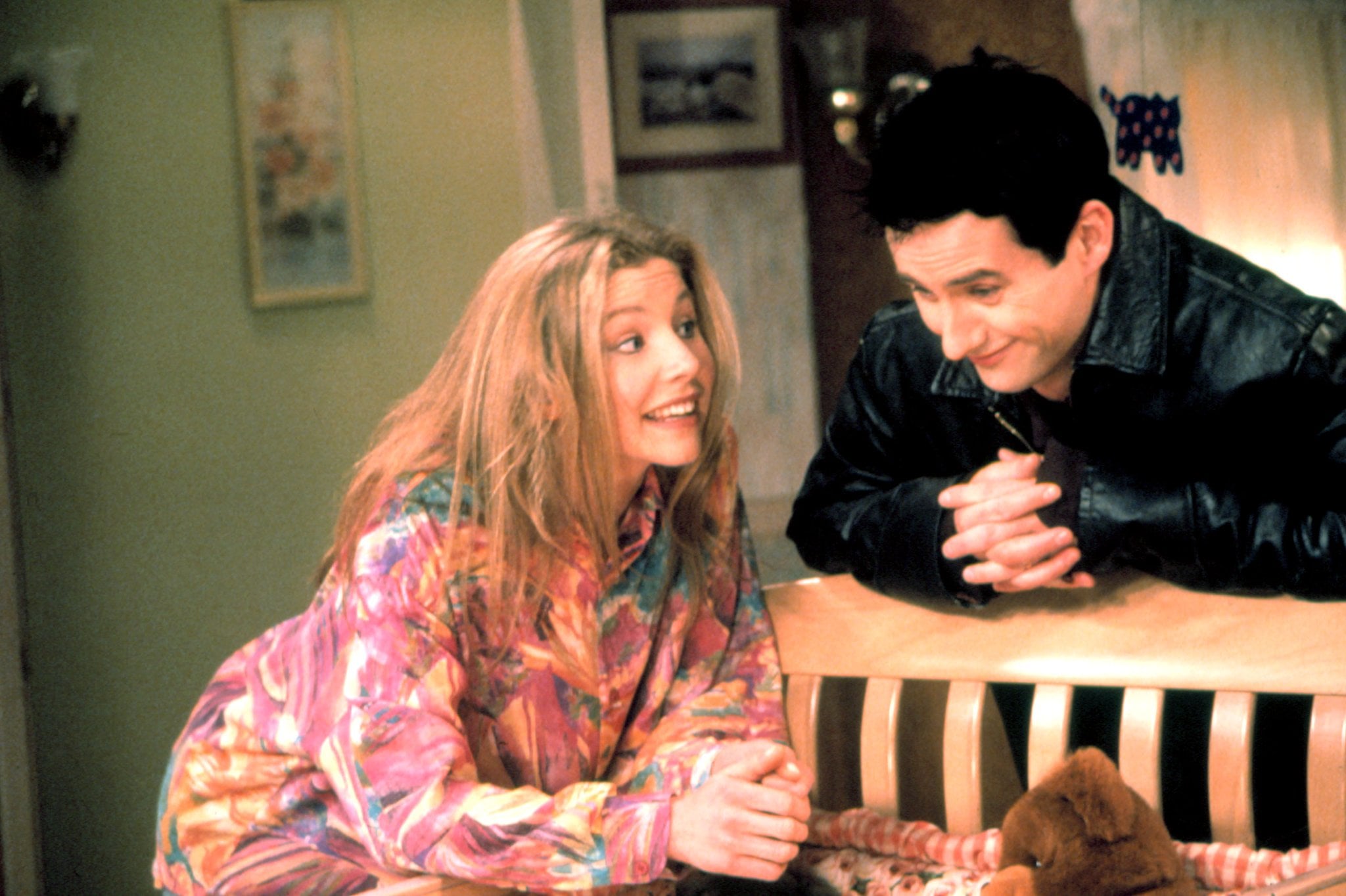 Roseanne viewers may have been a little confused after Tuesday's episode, "Eggs Over, Not Easy," when Becky finds out her chances of ever getting pregnant are very slim. In a conversation with Darlene later, Becky says that she and Mark were trying to have kids but were never able to get pregnant before he died. Except, in the original series finale, they talked about how they were pregnant.

Becky (then played by Sarah Chalke) and Mark were leaning over Harris's crib, talking about their baby, which they were planning on revealing to everyone later because Becky wanted that day to be about Darlene, since it was the day that premature baby Harris was finally coming home from the hospital.

So what happened to that baby?

Well, the funny thing about the way the original Roseanne ended is that Roseanne revealed via a lengthy voice-over monologue that the show was actually a book she was writing, through which she could change things around to "fix" things she didn't like.

Related:
How Mark and Becky's Relationship Will Be Acknowledged in the Roseanne Reboot

The reboot has chosen to ignore that entire twist, with Dan never having died and the original couples that we watched all those years having continued as couples, at least for a while. So technically the baby thing also should have been true. But the show has chosen to ignore that as well. Becky certainly could have lost the baby, but presumably that would have come up during this episode about her fertility, so we're going with the idea that the show has basically ignored anything that happened in season nine altogether.

by Victoria Messina 21 minutes ago