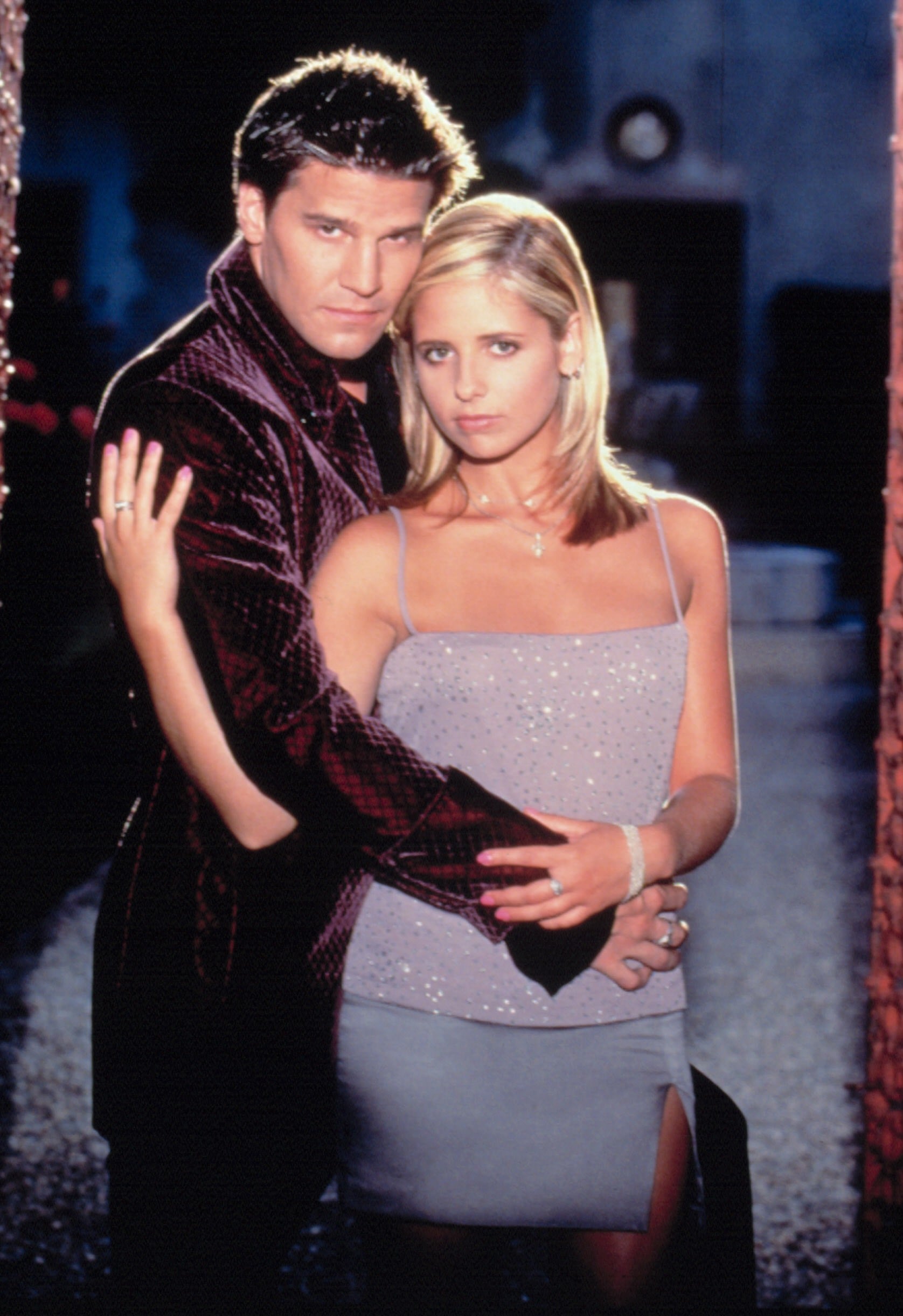 Fans of Buffy the Vampire Slayer can all agree that the beloved '90s sci-fi series was a great show. But there is one thing we still can't seem to agree on nearly 14 years after the show went off the air: who is Buffy's true love?

Buffy, a vampire slayer, has several relationships with vampires. (Ironic, we know.) In the first season, she quickly falls in love with Angel (David Boreanaz), a mysterious vampire with a cursed soul. Angel loses his soul after making love with Buffy and reverts back to the dark side. This sends him into a downward spiral, ending with Buffy killing him in order to save the world. He is later brought back by a villain known as The First so that he can kill her. At the end of season three, Buffy's tumultuous relationship with Angel ends when he decides he's too dangerous for her and moves to Los Angeles.

Then there's Spike, the blond-haired vampire who also falls in love with Buffy. Their relationship is also complicated, for the most part. After a chip is implanted in his skull that makes him unable to harm humans, Spike begins to fight alongside Buffy and her friends. He also saves Dawn, Buffy's little sister, which helps him score points with Buffy. Eventually they have sex a few times, but Buffy realizes it is a mistake and tells Spike that she is just using him. Spike doesn't take her rejection well and attempts to rape Buffy. Ashamed of his actions, he travels to Africa to face off with a demon in order to earn his soul back. By the end of the series, Buffy has forgiven Spike and finally tells him she loves him, to which he replies, "No, you don't, but thanks for saving it."

Related:
Buffy the Vampire Slayer: Where Are They Now?

Sarah Michelle Gellar and Joss Whedon, the series creator, each recently revealed who they believe is Buffy's true love. "I'm split right down the middle because in terms of a long-term relationship, Spike's kinda your guy," Whedon told Entertainment Weekly. "But [Angel and Buffy is] the grandest love story I will ever tell. You can't argue with that."

As for Gellar? Sorry, #Spuffy fans, she's Team Angel. "People ask who I thought was Buffy's ultimate and I get a lot of hate and a lot of death threats — seriously," Gellar said. "There was something so beautiful to me about the Buffy and Angel story. I think that Spike understood a different part of who Buffy was and I think she needed to understand that and discover. But for me as Buffy, I think Angel."

So there you have it, straight from Buffy's Sarah's mouth — that doesn't mean you have to agree with her, though. Cast your vote for Angel or Spike ahead and check back to see who fans voted for as Buffy's true soulmate.