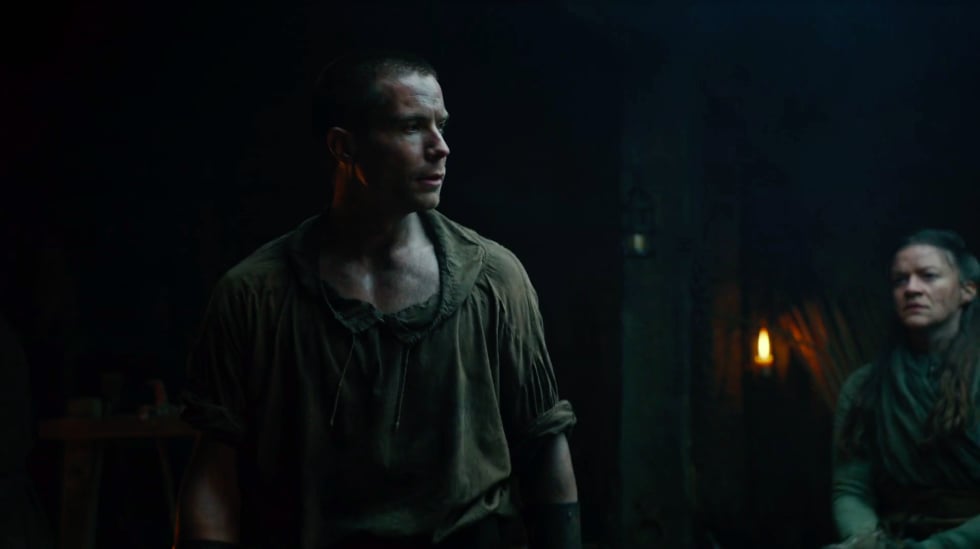 With the final season of Game of Thrones ahead, we're all dying to finally know who'll end up on the Iron Throne. But let's not forget that there's a descendant of Westeros's last ruling family still out there: Gendry. Introduced way back in season one as a poor orphan turned blacksmith's apprentice in King's Landing, it's quickly revealed to viewers that he's actually the illegitimate son of then-King Robert Baratheon. But is he aware of his lineage? The answer is yes, and he has been for quite some time.

After Robert dies in season one, Gendry leaves King's Landing to escape an upcoming purge of Baratheon bastards, though he isn't aware of it at the time. He plans to join the Night's Watch but is instead — along with Arya Stark — captured by Lannister soldiers. By season three, they escape and meet up with the Brotherhood without Banners, who eventually trade him to Melisandre for gold. The Red Witch is the first to tell Gendry about his true lineage, telling him that the Red Keep is his father's house.

As it turns out, Melisandre wants Gendry for his blood, believing royal blood holds power that can help Stannis Baratheon in his quest for the Iron Throne. She does manage to get some of it by being super freaky and sticking leeches onto Gendry, but she wants to take it a step further and kill him. Ser Davos Seaworthy thinks that's an insane idea and helps Gendry escape, sending him back to King's Landing on a rowboat.

We don't see Gendry again until season seven, but by then, he's the last known Baratheon standing. Hoping to recruit him to help with the impending White Walker war, Davos finds him in King's Landing, where he's safe and again working as a blacksmith. Gendry immediately jumps at the chance to leave with Davos, explaining that he's unhappy making weapons for the family who killed his father and tried to kill him.

When they reach Dragonstone to meet Jon, Davos tells Gendry to keep his true identity a secret so as to not add more to Jon's busy plate. Gendry has zero chill and immediately reveals that he's Robert's son, hoping he and Jon can trust each other because their fathers trusted each other.

Despite being fully aware of his royal lineage, he so far hasn't expressed any interest in following the ruling footsteps of his father. But is it possible that Gendry could sit on the Iron Throne anyway? Game of Thrones is all about twists, and with other candidates like Daenerys and Jon being more prominent, a curveball like that isn't completely unrealistic. Regardless of whether or not he becomes king, Gendry's smithing skills, talent with a war hammer, and eagerness to jump into the action have definitely set him up to be a great help against the White Walkers.