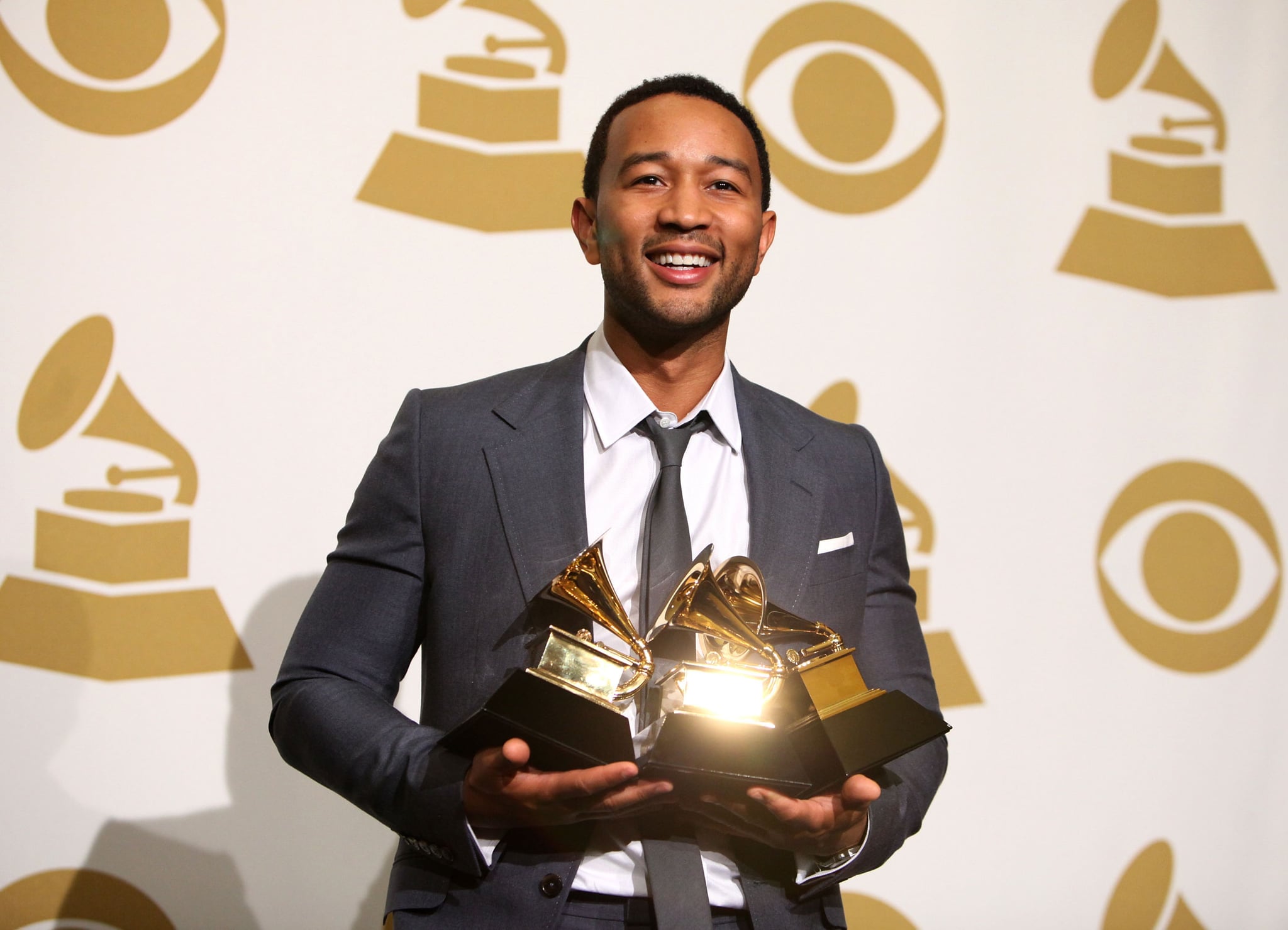 John Legend has officially joined one of Hollywood's most elite clubs. At the 2018 Creative Arts Emmy Awards on Sept. 9, the 39-year-old singer took home an award for outstanding variety special for Jesus Christ Superstar Live, which he co-produced. EGOT is an acronym for people who have won an Emmy, Grammy, Oscar, and Tony over the course of their careers, and the Emmy was the final award Legend was missing.

Legend previously earned an Oscar in 2015 for his song "Glory" in Selma, a Tony for coproducing the revival of August Wilson's play Jitney in 2017, and 10 Grammys. He's still up for the Emmy for outstanding lead actor in a limited series or movie, which will be announced at the Primetime Emmy Awards on Sept. 17.

Following his nomination earlier this year, Legend told Good Morning America he was very excited about the possibility of obtaining an EGOT. "It feels good to be on the brink [of that honor]," he said at the time. "Even if it doesn't happen this year, if we do more on TV, it could happen another time, but this is probably the best shot I'll have for a while. My fingers are crossed, and if it happens, I'm very excited about the possibility." Looks like he'll no longer have to wait for another TV project!