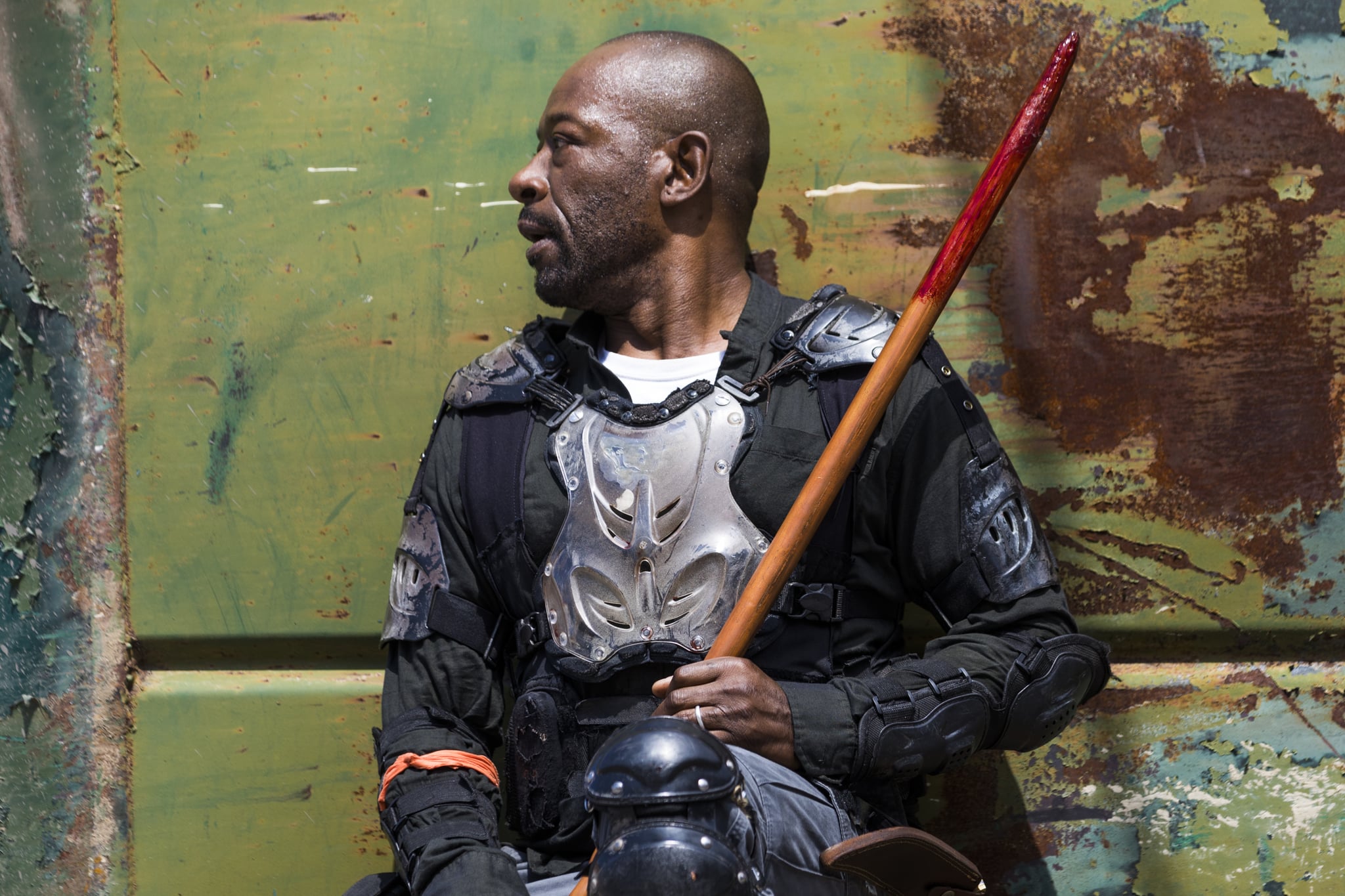 Fans of The Walking Dead comic series will know that the evolution of Morgan James on screen has differed quite significantly from the written version — chiefly, if it were strictly up to Robert Kirkman, our staff-slinging friend here would've been long gone by now.

If the show had been more faithful to the comics, Morgan would've had a romantic relationship with Michonne (cue all the Richonne shipper rage), and, more importantly, Morgan wouldn't have made it through the walker invasion of Alexandria in season six.

That might've been better for him, in a way, because he wouldn't have lived long enough to break his own oath never to kill anyone again for the sake of saving Carol, but with turtle zen ethics out the window, Morgan's alive and well, gunning down Saviors and earning a flesh wound in the process.

There is a moment in this week's episode when he and the allies flanking him are gunned down, but — despite some tricky camera angling that makes him look pretty dead-eyed next to the other fallen foot soldier — he's just been grazed by a bullet and gets to carry on with his orders to execute any Savior he can get his hands on . . . even those surrendering to Jesus, if need be.

However, Morgan's expiration still seems eminent if you listen to the actor who portrays him, Lennie James. Well, technically, if you listen, you'll hear the character insisting "I don't die" in early promos for this new season, but James himself knows that may be just wishful thinking.

Related:
Here's How The Walking Dead Brings Shiva to Life

Before the season's premiere episode, the actor hinted that his character's future might not be bright, saying, "In this show, you fall in love, you have a really good idea, or someone calls you the moral compass — you're dead."

Indeed, Morgan has somewhat surrendered his moral compass status by not only committing to killing other people, but also being downright insistent that they do so — it's what they've come here for, as he tells Jesus — so in that sense, he has fallen from grace. But he still may be no less in danger of dying sooner than later.

When the actor was announced as part of the central cast for a new series, Sky Atlantic's Gone, many wondered whether the news might signal his forthcoming demise — as had been the case with Sonequa Martin-Green and her Star Trek: Discovery gig foretelling Sasha's demise in season seven. And James didn't exactly deny that doom might be ahead for him, telling Variety, "Some things are inevitable, and that's the realization Morgan has come to. He absolutely believes in himself, more than he did before, but he's also aware that he's got this thing they'll all have to deal with."

While The Walking Dead is known for bypassing the events of the comics — which is often a mercy, because eesh — it looks like Morgan might not be side-stepping his written fate for much longer. At this point, it may be less a question of "if" and more about the "when" and "how" of his final moments.

Hopefully, he'll get to make at least one more piece of graffiti and/or have another "Clear" moment before it's all said done.