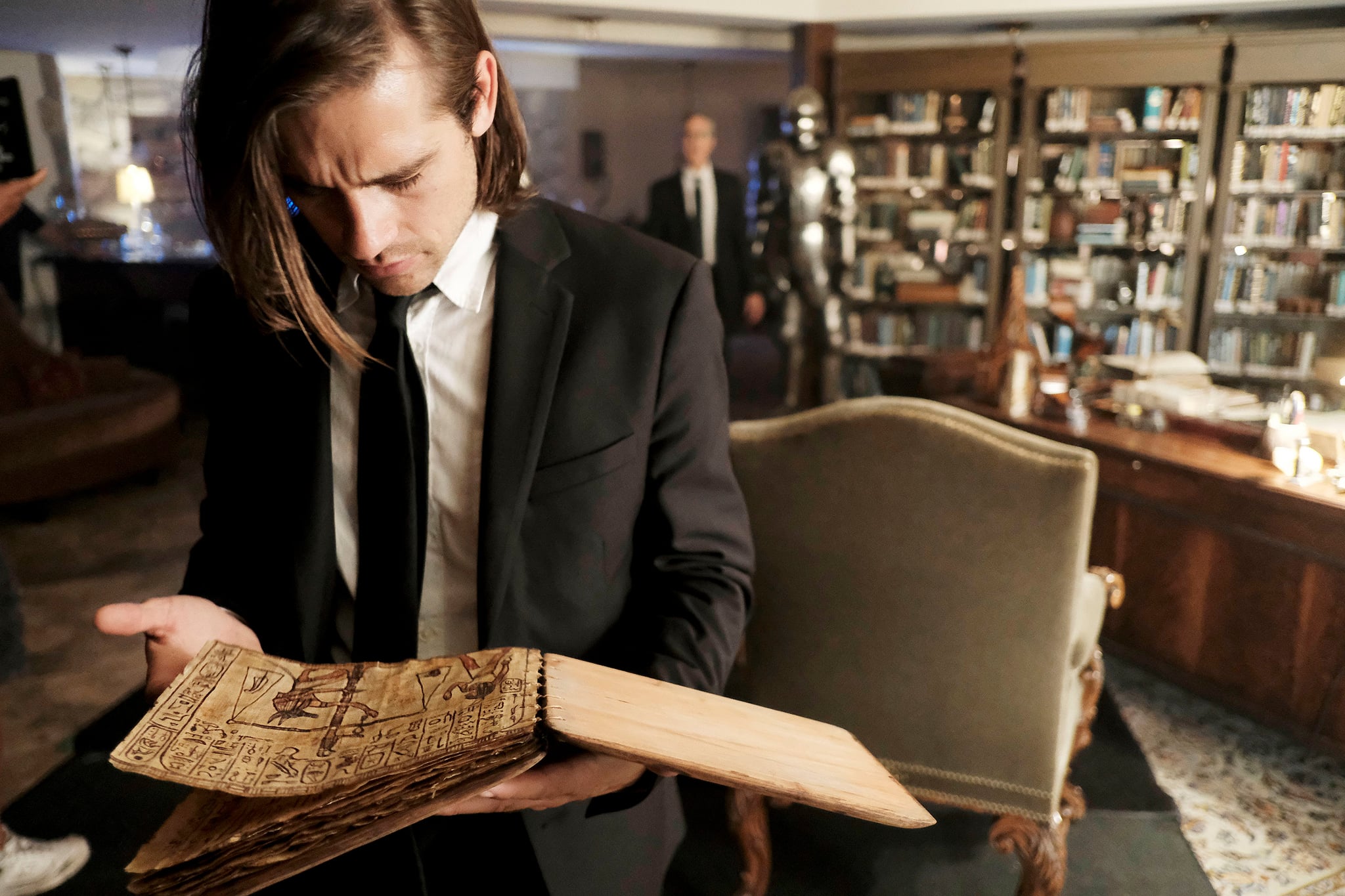 Warning: spoilers ahead for the season four finale of The Magicians and the Magicians book trilogy.

SyFy's The Magicians took a massive risk in its season four finale. The show, which has always delighted in deconstructing the tropes of the fantasy genre, made its biggest — and most controversial — decision to date: killing off its protagonist, Quentin Coldwater, for real (Quentin's portrayer, Jason Ralph, confirmed in an Entertainment Weekly interview that he will not be returning in season five). Over the course of the TV series, the storyline has departed more and more from the trilogy of novels by Lev Grossman that they're loosely adapted from. Was Quentin's death another one of those departures?

The answer to that would be a resounding yes. Much like his TV counterpart, the book version of Q goes through the wringer, especially in the final novel of the trilogy, The Magician's Land, where he returns to Brakebills as a professor after being expelled from the magical world of Fillory, where he was a king. The third novel covers some familiar territory that fans of the show will recognize — notably Quentin's quest to restore his former love, Alice, to human form after she is turned into a niffin, a being of pure magic, as well as a desperate attempt to save Fillory from decay and destruction.

In the show, Q and his friends succeed at both those quests, but it's only the beginning of a much bigger story; those two storylines are answered by the season two finale. In the books, however, that's the climactic moment of the whole series. Like in the TV version, the book version of Quentin is responsible for killing Ember and Umber, Fillory's twin gods, but he does it intentionally because the sacrifice of gods will renew the land. In making that sacrifice, Q is imbued with divine power, taking his specialty of mending to a cosmic level and personally rebuilding Fillory. When it's done, he lets go of the divine magic and is gifted by his old friend Julia, now a demigoddess, with a seed pod from the unseen Far Side of Fillory.

Q then returns to New York City with Alice, while their friends Eliot, Janet (the books' version of Margo), Josh, and Poppy stay behind as rulers of Fillory. Using the seed pod, Quentin attempts a spell to create a new magical realm, and he succeeds. The trilogy ends with him and Alice exploring the new dimension and realizing that, without even meaning to do so, Q has created a land that's also a bridge connecting Earth and Fillory.

If you're still bummed about how Quentin's journey plays out on TV, then maybe it's nice to hear that in at least one iteration, Q survives, thrives, and can stay connected with the people he loves. Grossman even gives the last line of the trilogy to Q: "You know what? Let's fly."