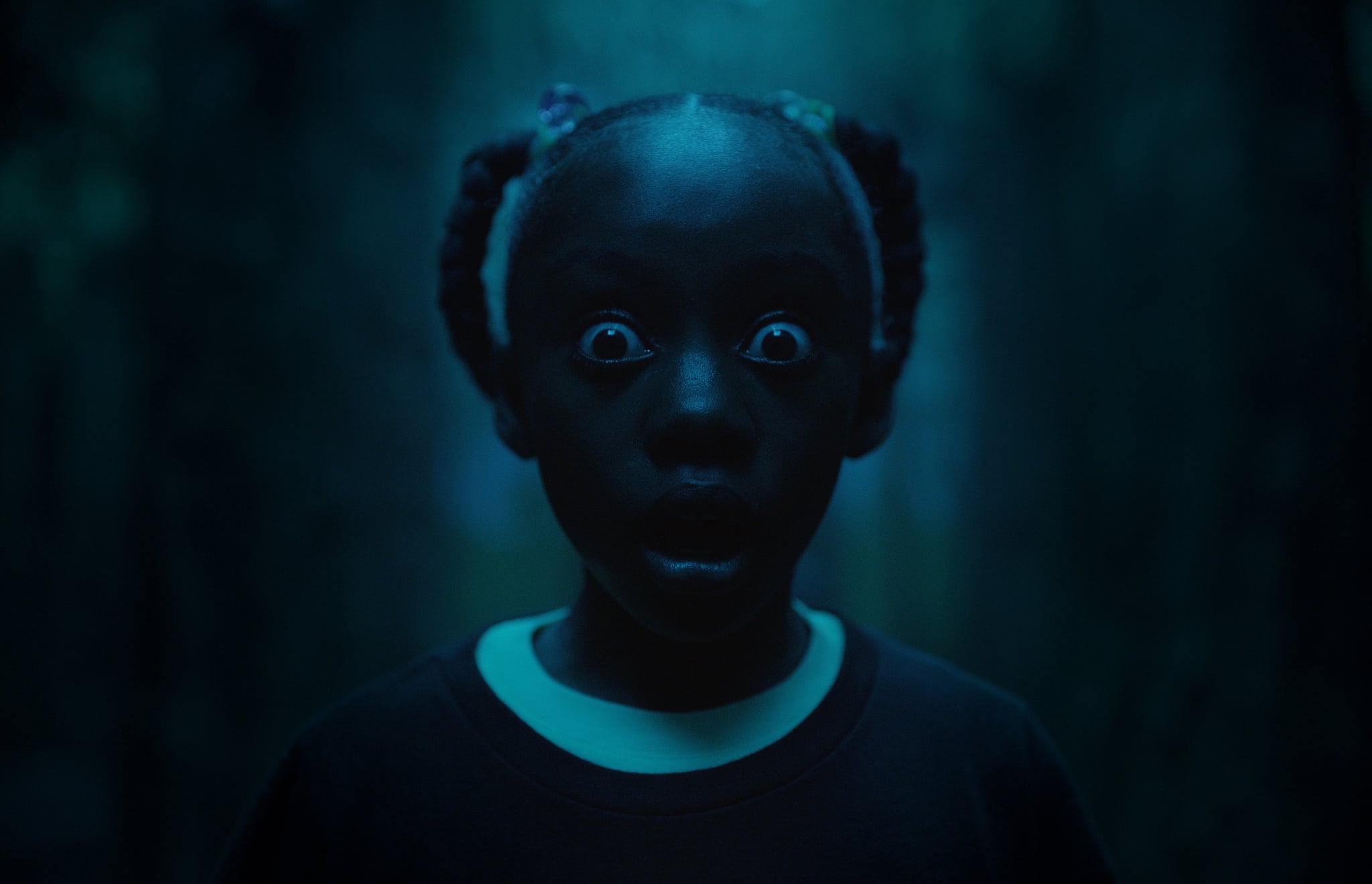 By now, many residents of the US (see what we did there?) have seen Jordan Peele's Us, and it's safe to say we're all shaken to the core by the plot twist at the end — a jaw-dropping revelation that shows a young Adelaide being forced to switch places with her doppelgänger and growing up underground with the Tethered. The discovery that Adelaide is a member of the Tethered not only has us scrambling to rewatch the movie to pick up on all the hidden clues and Easter eggs, but forces us to reckon with our own morality and who we see as villains.

Peele has shown his storytelling acumen and directorial prowess know no bounds, if his movie's $70.3 million opening is any indication; but he also gives us a lot to ponder over about us as individuals and as a collective society. How do we measure goodness when we have two starkly different societies imbued with different beliefs and a significant imbalance of privilege? While we may not get straightforward answers to any of the millions of questions that the movie spurs on, we can try to unravel at least some of them.

What happened to the real Adelaide's (Red) voice?

Inspired by Robert F. Kennedy Jr.'s spasmodic dysphonia disorder, Red's scratchy voice enhances the mood of the movie, which is already chilling to begin with. Although some have theorized that fake Adelaide may have actually hurt her when she choked Red unconscious, Peele said that in his script notes, he "described it as a voice that hadn't been used in years." As far as we know, Red is the only one of "The Tethered" to speak English, so we can only assume she didn't get a lot of practice speaking with those around her, whose primary form of communication is a series of grunts and animal-like sounds that only they understand.

Why is fake Adelaide so scared to go to the beach in Santa Cruz, CA, and why does she end up going?

What we originally assumed was lingering trauma from a terrible childhood experience is actually a fear deeply rooted in the lie she's been living her entire life: Adelaide is suffering from major imposter syndrome. Not only is she worried that the life she's created will be snatched from her, but that the little girl — whose identity she stole — will come back for revenge . . . which I suppose Red does. Her husband Gabe reassures her they won't spend too much time at the beach, and she's slightly mollified by the carpool karaoke that soon follows.

What makes fake Adelaide jump out of the car to check on the Tethered children?

Fake Adelaide probably feels guilty for carving out a good life for herself while her fellow Tethered men and women suffered down below with no free will, no soul, and plenty of unappetizing rabbit food. Fake Zora and Jason are, for all intents and purposes, her people, so she's aware of their behaviors and presences enough to understand she can handle herself when she jumps out of the car to face them. As Shadow and Act said in this piece: "Shadow Adelaide is grieving the kids that could have been hers, the ones she should have tried to protect from the cruelty of the Shadow World." Somewhere in her complex psyche, she understands that these kids are a byproduct of circumstances beyond their control.

Why is Adelaide so scared when she can't find Jason at the beach?

Given Adelaide herself swapped places with the her real counterpart on this very beach and in a pretty similar fashion years ago, we can deduce that she's scared of karma. She's worried of him getting swapped with his own doppelgänger and meeting the same fate as her original counterpart.

Why does Red make Adelaide handcuff herself to the table?

Viewers may remember that when real Adelaide's doppelgänger dragged her into the tunnel as a child, she handcuffs real Adelaide to the bed, steals her Thriller t-shirt and leaves. By some twist of fate, when Red invades Adelaide's home years later, she makes her handcuff her hand to the table so she's trapped and completely at Red's mercy. My, how the tables have turned.

Why does Red never escape the tunnels on her own? Is she as much tethered to Adelaide as Adelaide is to her?

The fact that Red never escapes the tunnels herself after Adelaide traps her begs the question of how the tethering works and why Red feels the need to replicate her doppelgänger's life when she has free will. It's possible Red was too scared as a child to do anything and is never quite surrounded by the proper guidance that would help her go back to her old life. She even has trouble finding the right exit in the funhouse when she first stumbles inside (granted it's a hall of mirrors, but still). Once she's sensible enough to realize the gravity of her situation, she likely begins concocting a plan for revenge and rallies up the others (who look to her as a savior).

Does fake Adelaide repress her childhood memories of being one of the Tethered or has she actually been faking it?

It's possible that Adelaide does actually repress her childhood swap with Red; after all, her parents had taken her to see a psychologist and she went through heaps of therapy. Then again, maybe she's been conscious of her true nature all along and acutely working hard to maintain the facade, even if it means pretending that she doesn't have any bad memories.

Though the flashback in the ending reveals what she did to Red, there are so many hints throughout the movie of her veneer cracking that it seems like they were preparing us for the big finale. Not only does she confess to not really being a talker, but she's in a constant state of fear at the beach and Summer house and is fully aware of the dangers of being so close to the scene of the crime. She takes charge when she and the Wilson family plan their escape, being the only one of them to actually know what's going on, why the Tethered are revolting, and how to outsmart them. And as the movie progresses and she continues to kill more of the doppelgängers to survive, we see her become less stable and nimble with her actions. The glee on her face and subsequent roar of delight when she finally kills Red say it all.

Is there a true villain here? Who are we meant to sympathize with?

Throughout the movie, Adelaide is, for the most part, delineated as the protagonist and by default, a heroine of sorts. But once her secret is revealed, it's hard as viewers to apply that same good vs. evil dichotomy to Red and Adelaide because it would suggest Red is the villain in this scenario, which she isn't. Both commit evil acts to get ahead and further their own agendas; for Adelaide, it's trying to break out of her social class, so to speak, and have a better life than her people — and later, it's to protect her family at all costs; for Red, it's getting revenge and reminding surface people of the dangers of their privilege when there are people suffering literally under their noses.

The duality of their bodies and mannerisms can be taken as a manifestation of human nature, stripped of the frills of privilege and comfort. There is good and bad in all human beings, but that doesn't make them one or the other: it actually makes them the same.

Jamie Foxx
From Musicals to Action Thrillers, 21 of Jamie Foxx's Most Iconic Film Roles
by Victoria Edel 1 hour ago