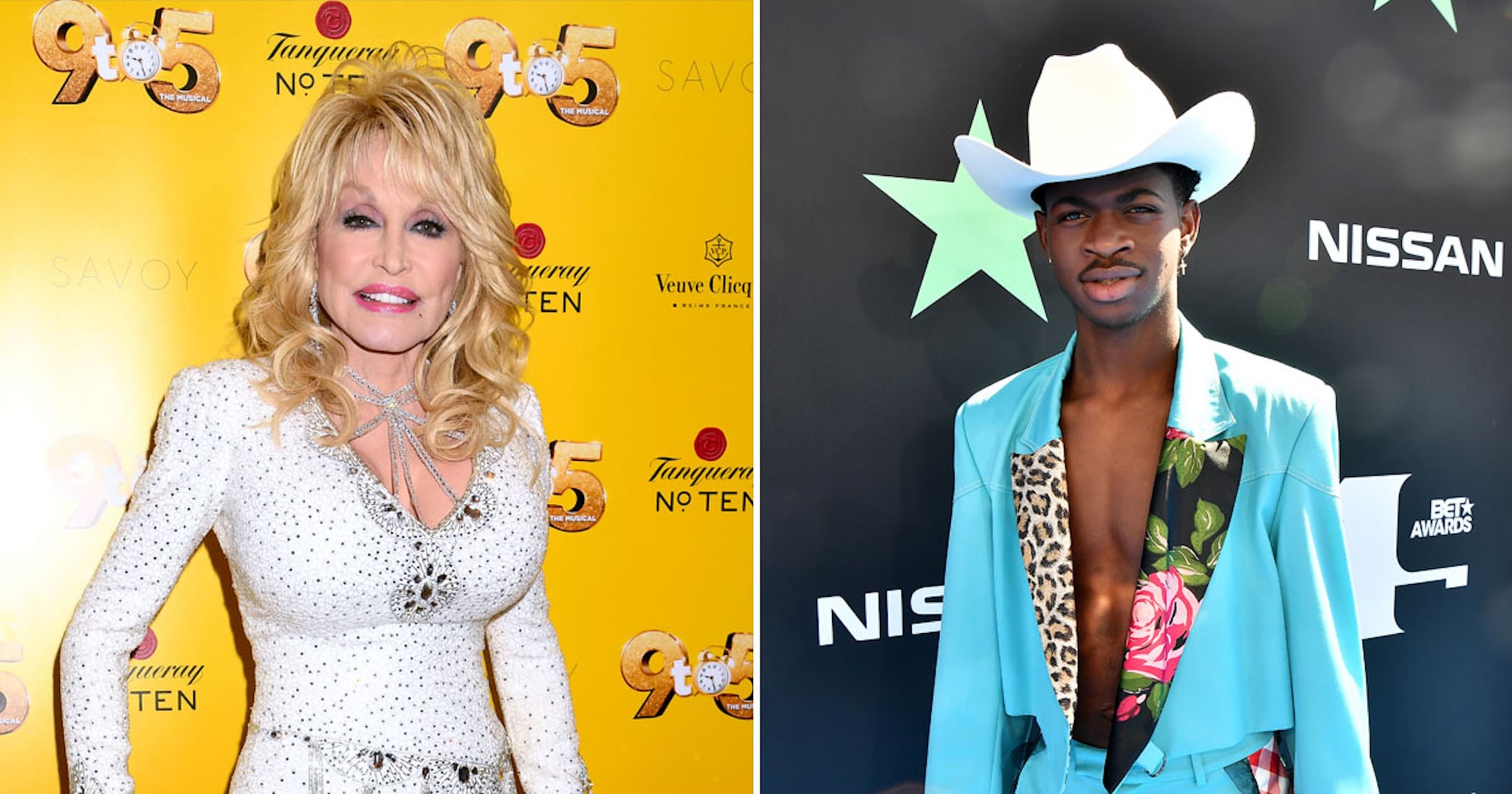 Let's face it: "Old Town Road" is basically the song of the Summer, and ever since Lil Nas X teamed up with Billy Ray Cyrus on the song's first official remix, plenty of other celebs have been itching to get on the track as well. That includes yeehaw queen Dolly Parton, whose response to the rapper's request to join him on yet another remix of the chart-topping song has a lot of fans praying for an actual collaboration between the two artists.

On Monday, just days after releasing a second remix featuring Mason Ramsey and Young Thug, the 20-year-old rapper hopped on Twitter to tell his fans about his plan to eventually get some other big names on the track. "Y'all think i can get dolly parton and megan thee stallion on a old town road remix?," he asked his two million followers. To pretty much everyone's surprise, Parton responded to the tweet two days later, sharing a photo of the "Old Town Road" cover art with a bright pink horse with blonde hair photoshopped in — so it might be safe to say that the country music legend is all in for a feature.

This exchange comes shortly after Lil Nas X tried to recruit Mariah Carey to join the "Old Town Road" gang as well, and she seemed pretty open to it. Billy Ray Cyrus was the first to accompany Lil Nas X on the song back in April after it was removed from the Billboard Hot 100 chart. The new version made its way back to the chart shortly after its release, and it's been sitting at the No. 1 spot ever since. Judging by the reaction that the song got after tapping Cyrus, I can only imagine how wild things would get if Dolly Parton really did get on the track. Here's hoping.