Emily Blunt is about to take on one of the most beloved literary and cinematic characters of all time and, rightfully so, she's a little scared. During a press day where she was promoting The Girl on the Train, Blunt was equally excited to discuss the next huge role she's lined up, playing Mary Poppins in Mary Poppins Returns. The sequel already boasts an incredibly cast that includes Meryl Streep and Hamilton's Lin-Manuel Miranda, but Blunt has some big shoes to fill after Julie Andrew's originated the role in the 1964 film — not that she's letting her nerves get in the way.

POPSUGAR: How much, if it all, are your kids a factor into the actual roles you choose now?
Emily Blunt: Mary Poppins! What a gift to my girls! I would've done Mary Poppins whether I was a mother or not, but the fact that I'm a mother and to a mother of girls is just so awesome to be able to play Mary Poppins. It's a real gift. Because they're just gonna find it joyous.

POPSUGAR: Are you nervous at all take on such an iconic character?
EB: Yes! When [director] Rob Marshall called me, I felt simultaneously thrilled and frozen with fear. Nobody's Julie Andrews, so I know that much. So I'm just gonna do my own thing. But Mary Poppins is sort of emblematic of people's nostalgia in many ways. They're some big shoes to fill. When I said I was taking it on, my friend said to me, "Wow. You've got balls of steel." I was like, "Don't say that! It makes it scarier." 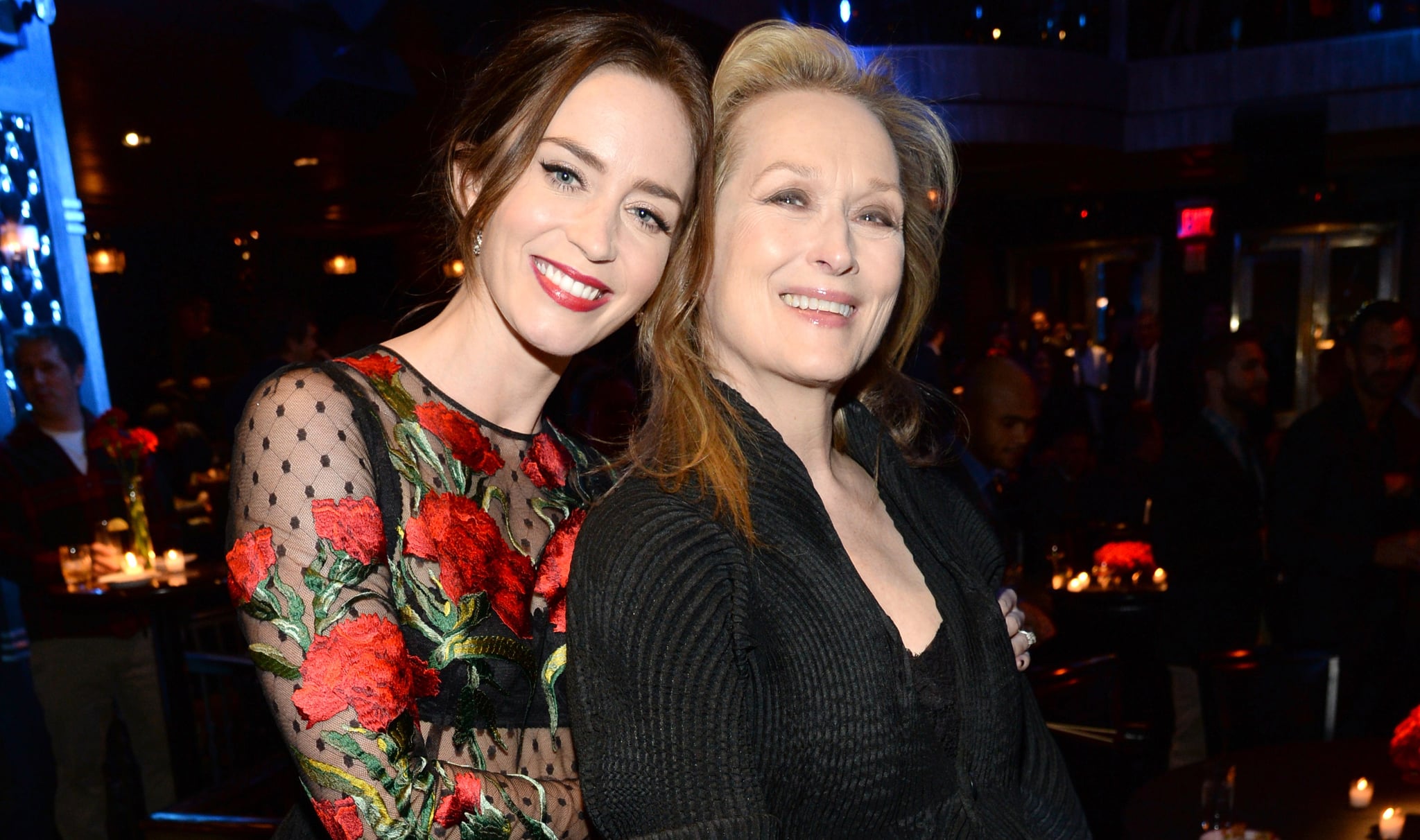 PS: And you're going to be working with Lin-Manuel Miranda, who is now just everywhere.
EB: Cover of Rolling Stone. Everywhere. And he's cut all his hair off! I didn't recognize him!
PS: He looks 100 percent different now.
EB: I was like, "You look 12." But what a cool guy. I think that term "genius" is used rather too casually, but he's it.