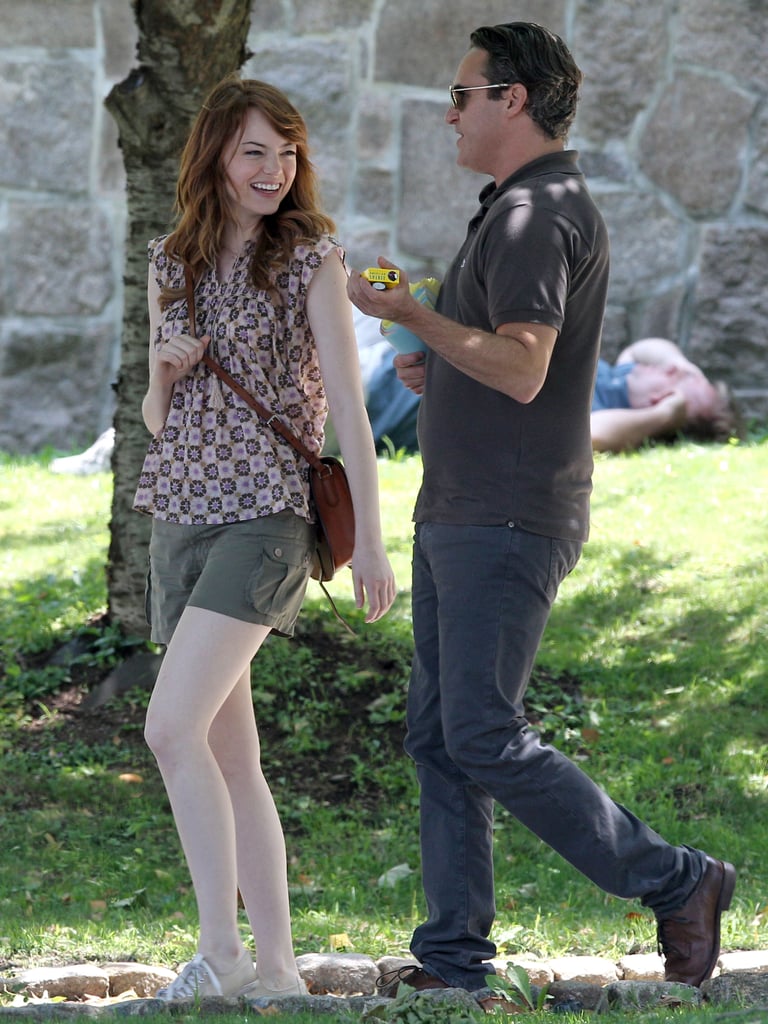 While plot details about Woody Allen's latest film are still tightly under wraps, we know one thing for sure: stars Emma Stone and Joaquin Phoenix are laughing a lot. The actors started filming the untitled project together in Rhode Island on Monday, cracking up in Newport first, then moving to Providence for more funny scenes on Wednesday. This is Phoenix's first project with Allen and Stone's second. She will make her debut in Allen's Magic in the Moonlight when it premieres July 25. Stone and Colin Firth costar in that movie, in which he tries to expose her fortune-teller character as a fraud but ends up falling for her along the way. Phoenix and Stone's age gap will be slightly less than Firth and Stone's (39 and 53 to her 25, respectively), but we'll have to wait and see how similar or different these two Allen films will be.