The war against the Capitol has begun! After that radical poster of a beheaded President Snow was released, Jennifer Lawrence has given us our next peek at Mockingjay — Part 2, and it's the first official still from the final movie. In a post on her Facebook page, Lawrence shared the cast photo featuring herself as Katniss Everdeen, along with her costars Liam Hemsworth, Evan Ross, and Sam Claflin, with the caption "6.9.15 ‪#‎MockingjayPart2‬ ‪#‎Unite." The last movie in the Hunger Games franchise comes out in November, and if you read the book, you know what kind of insane war is coming, and if you didn't . . . prepare yourself. 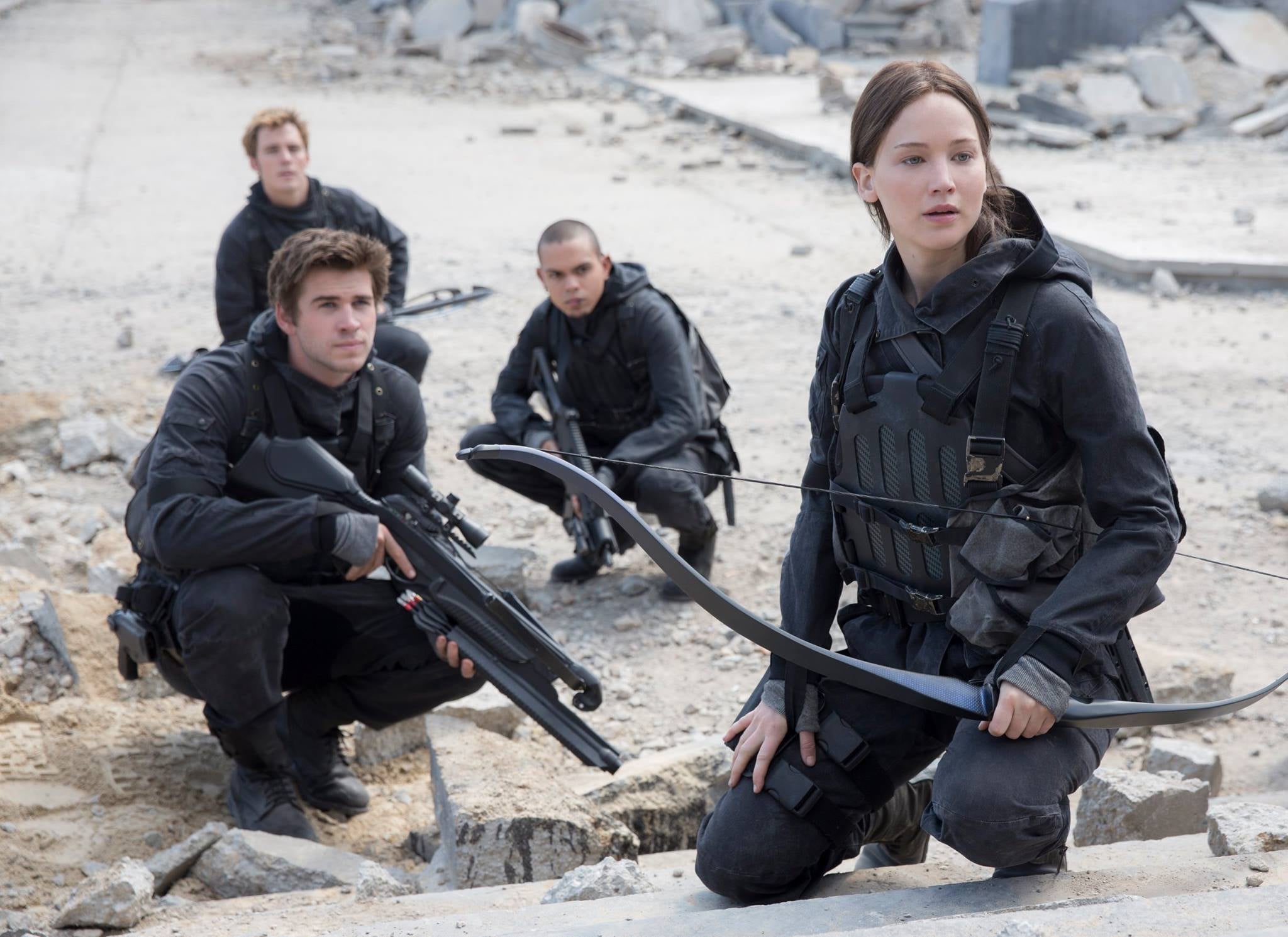