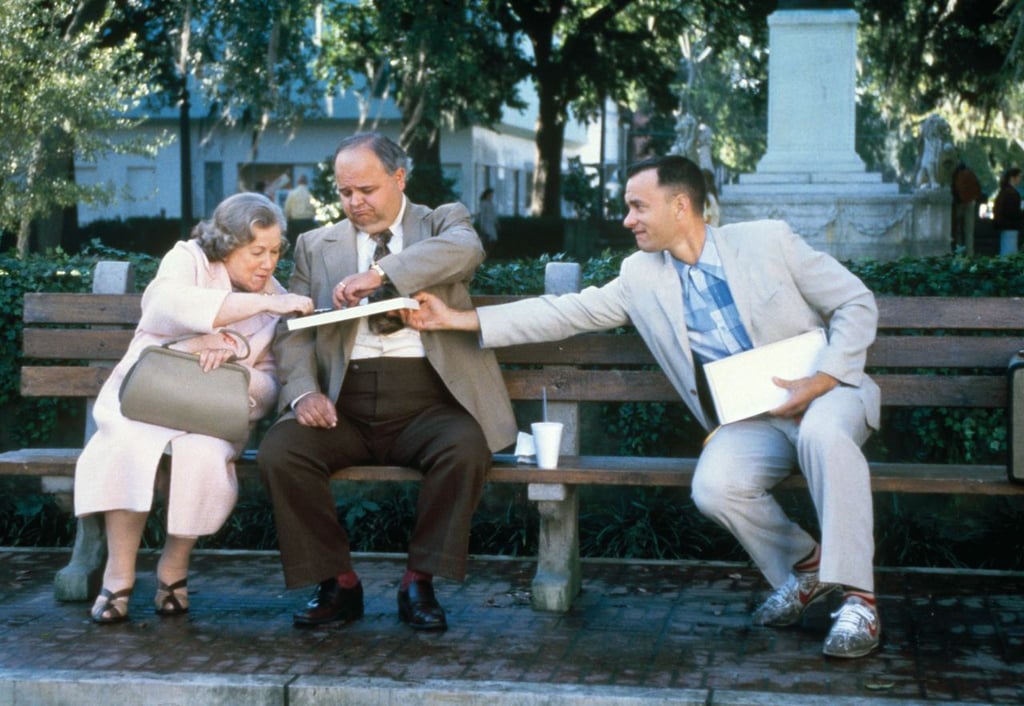 Sunday marked 20 years since Forrest Gump hit theaters, but the 1994 movie is still as quotable as ever. Memorable lines from Tom Hanks and Robin Wright's characters, Forrest and Jenny, quickly became part of pop-culture history after the film came out. Who didn't say "Run, Forrest, run!" for weeks after first seeing the movie? And let's not forget about the motherly advice from Sally Field's character either: "Life is like a box of chocolates. You never know what you're gonna get." To celebrate the film's 20th anniversary, take a look at some of the many Forrest Gump moments you'll never forget.

Nostalgia
We Uncovered Disneyland's Chimichanga Recipe, So Who's Ready For Breakfast?
by Lauren Harano 12 hours ago

Nostalgia
The Serpent: How to Steal Monique's Sultry and Bohemian '70s Style
by Kara Kia 12 hours ago