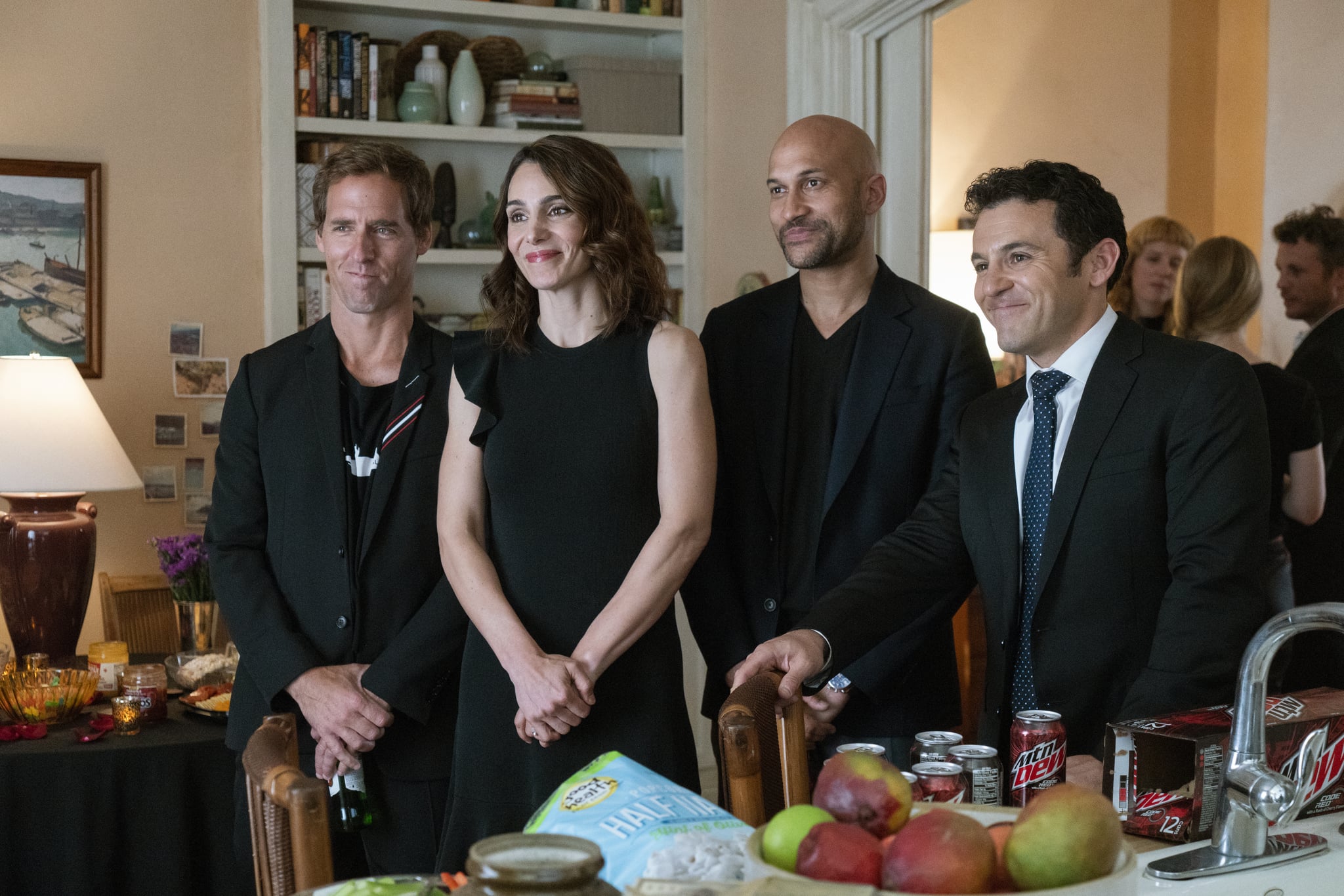 Apparently, Friends From College has been canceled by Netflix, meaning it won't be returning for a third season anytime soon. Womp, womp.

The dark comedy follows a seriously f*cked up group of adult friends (who, spoiler alert, met in college) as they navigate life together in New York City. Although the characters are ones you love to hate, rather than straight-up love, the news that we won't get resolutions to relationships between Ethan (Keegan-Michael Key) and Sam (Annie Parisse), as well as Ethan and Lisa (Cobie Smulders), the latter of whom appears to be pregnant with her ex-husband's baby in the season two finale, "The Wedding," is a bummer. The last episode of the second season is full of other cliffhangers regarding the fate of Lisa and Nick's relationship, as well as whether or not Ethan will return to Sam after ditching her and their romantic trip to Paris so he can accompany Lisa to the gynecologist.

Netflix has yet to officially comment on the show's cancelation, but the news was confirmed by Friends From College cocreator Nicholas Stoller. On Monday, he tweeted, "Friends from College will not be returning for a third season. Thanks to everyone who watched it. Happy Presidents' Day!"

Friends from College will not be returning for a third season. Thanks to everyone who watched it. Happy Presidents’ Day!

The comedy wasn't the only Netflix show to get the ax, either — Jessica Jones and The Punisher have also been canceled, wiping out the rest of Marvel's remaining TV series on the streaming giant.