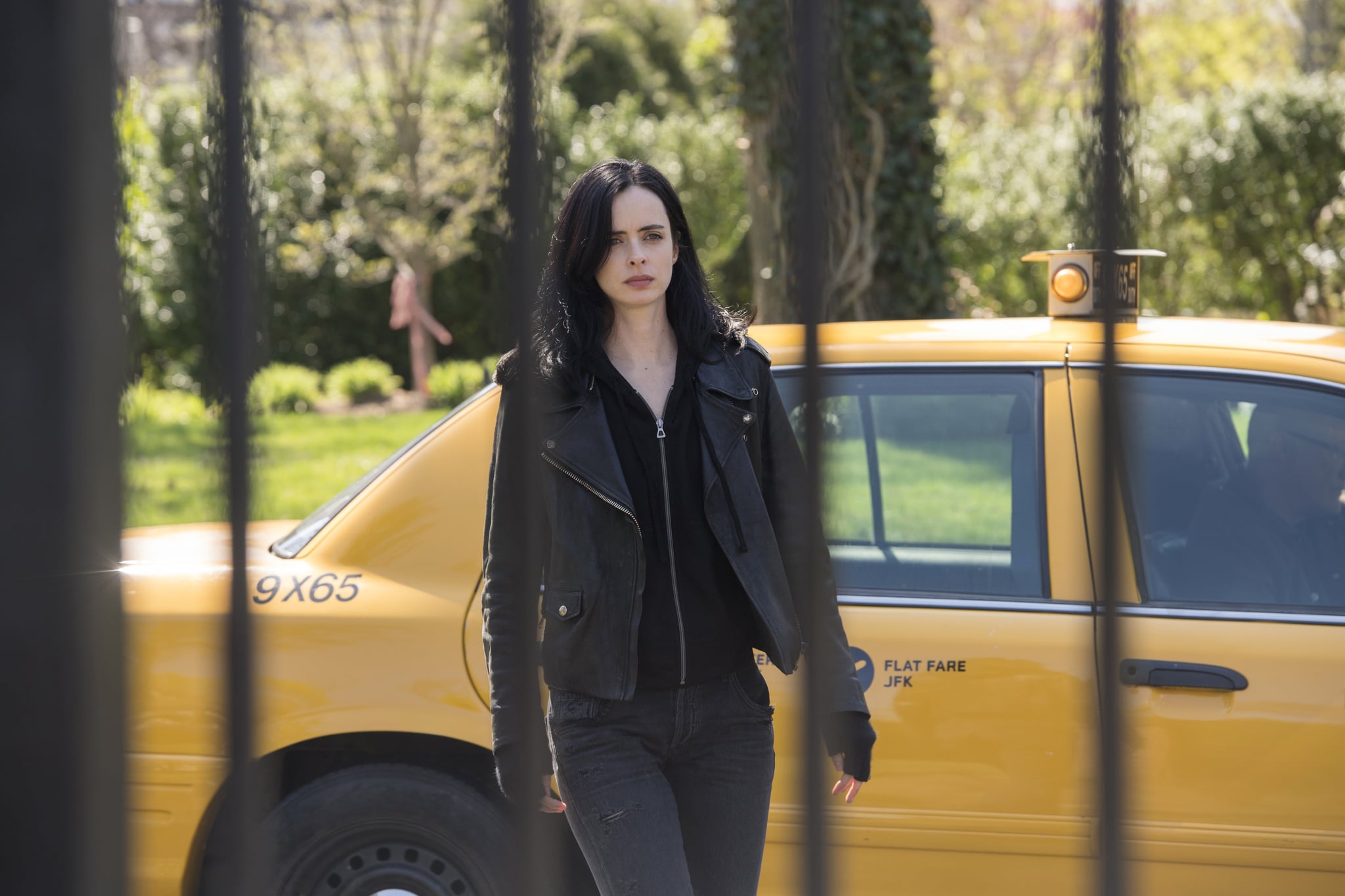 Be sure to pour one out for the citizens of Hell's Kitchen today: Netflix has officially canceled Marvel's Jessica Jones along with another Marvel series that remained on the platform, The Punisher. The news was announced on Feb. 18 in a statement from Netflix. "Marvel's The Punisher will not return for a third season on Netflix," the streaming giant wrote. "Showrunner Steve Lightfoot, the terrific crew, and exceptional cast including star Jon Bernthal, delivered an acclaimed and compelling series for fans, and we are proud to showcase their work on Netflix for years to come."

Netflix added that the third season of Jessica Jones, which was just announced last Spring, will be the show's final one. "We are grateful to showrunner Melissa Rosenberg, star Krysten Ritter and the entire cast and crew, for three incredible seasons of this groundbreaking series, which was recognized by the Peabody Awards among many others. We are grateful to Marvel for five years of our fruitful partnership and thank the passionate fans who have followed these series from the beginning."

Related:
15+ Titles That We Have to Watch Before They Leave Netflix in February

The first season of Jessica Jones debuted on Netflix in late 2015, and the final season has yet to air. The Punisher's second season aired back in January. These cancellations of both shows come just months after Netflix axed Luke Cage, Iron Fist, and Daredevil, and their removal marks the end of Netflix's partnership with Marvel TV.

Marvel later confirmed the news in an open letter to viewers on Marvel.com. "On behalf of everyone at Marvel Television, we couldn't be more proud or more grateful to our audience," wrote Jeph Loeb, head of Marvel TV. "Our Network partner may have decided they no longer want to continue telling the tales of these great characters . . . but you know Marvel better than that. As Matthew Murdock's Dad once said, 'The measure of a man is not how he gets knocked to the mat, it's how he gets back up.'" He added, "To be continued!"