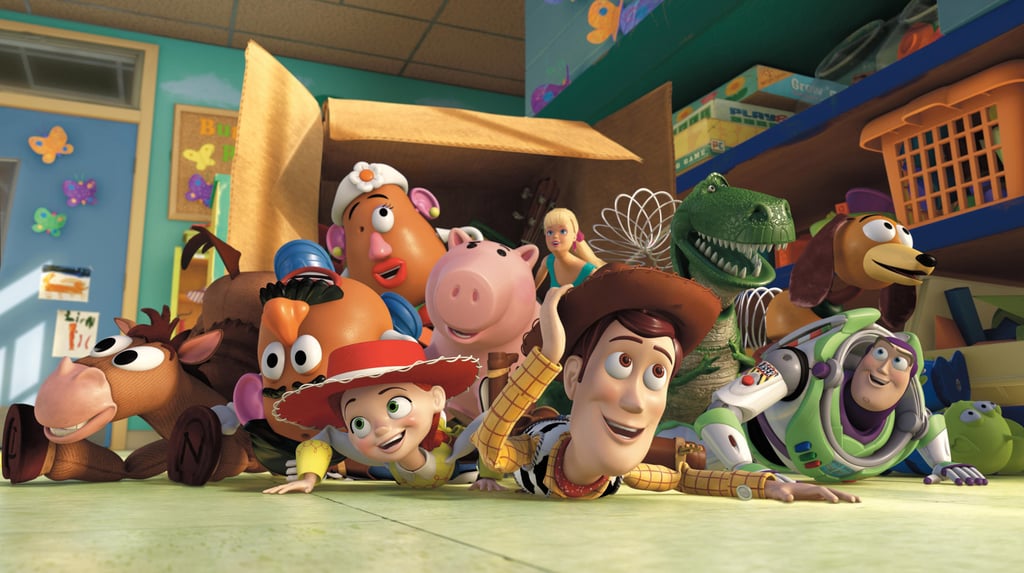 Think you know everything there is to know about the Toy Story franchise? With the premiere of Toy Story 4 right around the corner — which will focus on the relationship between Bo Peep and Woody — we revisited the evolution of the insanely popular movie franchise over the years and uncovered some facts that even the most knowledgable fans probably don't know. From voice-actor changes to licensing disputes and even an insanely creepy ventriloquist doll that thankfully never saw the light of day, here are the craziest facts about the first three films featuring everyone's favorite talking toys.

Holiday Entertainment
All We Want For Christmas Is a Single All the Way Sequel — Is It Going To Happen?
by Alicia Geigel 18 hours ago