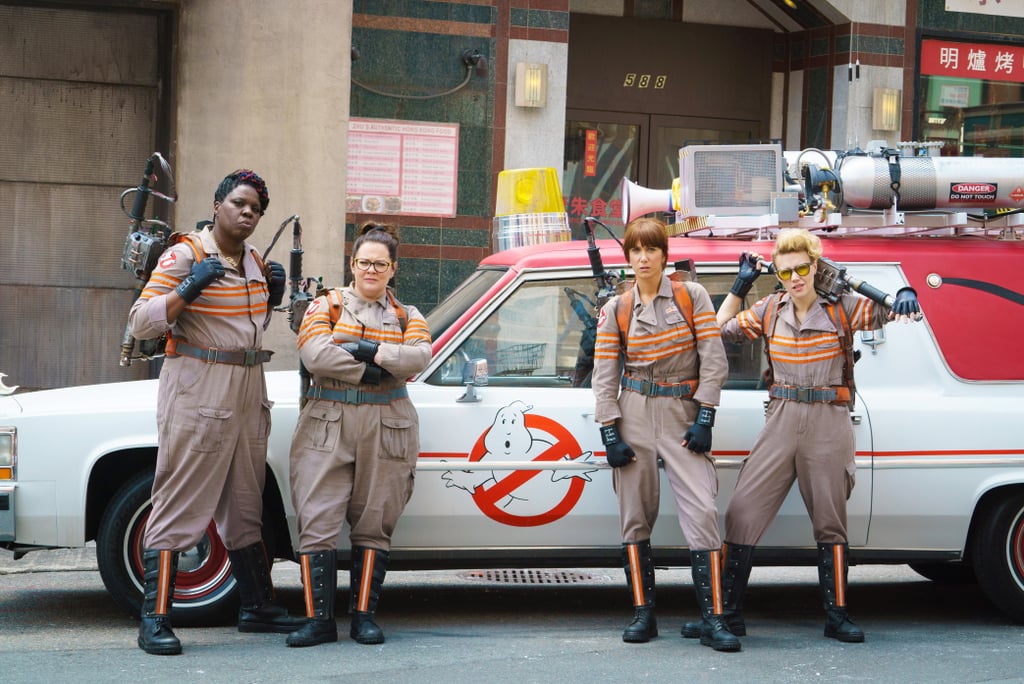 These Ghostbusters Costumes Will Ensure a Spooktastic Halloween

This year, the much-anticipated Ghostbusters reboot hit the big screen, and it was all about girl power. The film perfectly paid homage to the original while also including a few of our favorite female comedians in Hollywood. We already anticipate there will be a lot of people dressed up as Leslie Jones and Kristen Wiig's hilarious characters this Halloween, so why not get ahead of the curve by perfecting your outfit now? And since nothing can top the OG crew, we've included a few characters from the 1984 classic as well. If you're a big fan of the franchise, prove you ain't afraid of no ghost with these spooktastic costume ideas.