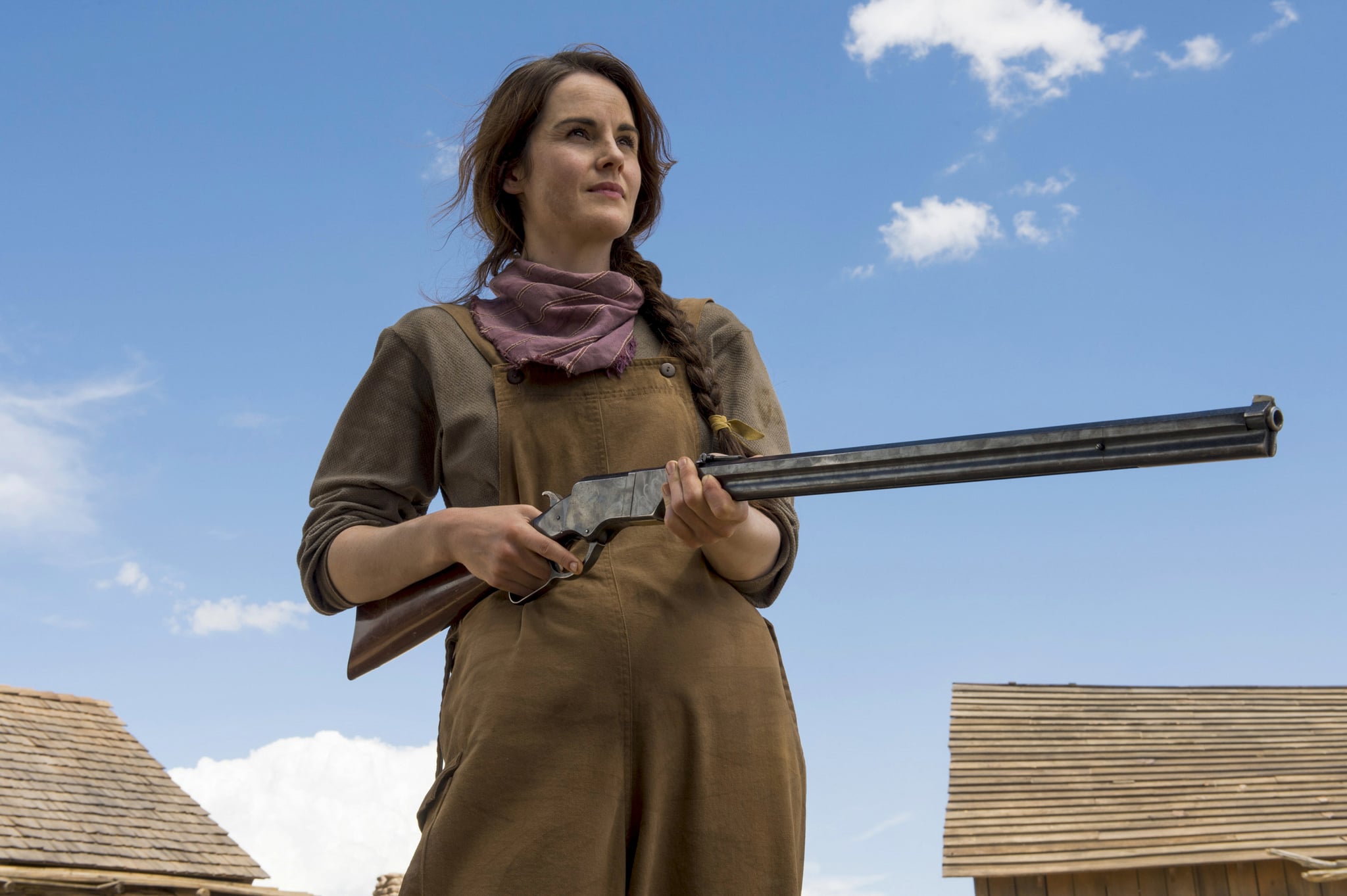 Westerns have never been my jam. Something about watching a bunch of old, middle-aged white men with cringe-worthy mustaches and cowboy hats trot around on horses was vastly unappealing. Seriously, what a snooze-fest. I've had enough middle-aged men bore me to death for one lifetime — adding a horse doesn't make it more exciting.

What were their grand plans, anyway? Rescuing a gorgeous but totally pathetic damsel in distress, who would more than likely be the one and only female character in the movie? Get into a brawl with some out-of-town rivals, breaking out a handgun and a string of less-than-intimidating words? Boring and predictable, and not something I can get into. No offense, though.

Then again, I'm not one to place a ban on a certain genre. I'll almost always give it a fair chance, especially if there is some sort of humongous improvement or change or a spin on an otherwise overdone plot. Of course, that meant I was more than intrigued when I heard that a new miniseries would be providing a fresh, feminist take on the old genre. Could a Western really carry a feminist theme? Weren't those two things opposite in nature? Set in the small mining town of La Belle, NM, that is governed by and made up of mostly women, Godless is unlike any Western I have ever heard of. Feminist Western? Not quite. But it is a generous step in the right direction.

Related:
Godless: This Actor Is Almost Unrecognizable as the Villain

Women aren't exactly nonexistent in old Western films, but their roles were compromised. You had the girl who needed saving, a princess-locked-in-a-tower-in-a-pair-of-cowboy-boots type. She'd swoon over the heroic cowboy who saved her, falling into his arms toward the end of the movie — barf. Then there was the sleek seductress who was given a bad name and accused of tarnishing a cowboy's reputation or something like that. Oh, and maybe a mom? Once in a while? But other than that, there wasn't much to hear from women in the Old West. At least, not according to these writers, directors, and fans.

These women are so much more than stereotypes of old movies. We get to know the characters as individuals, not as the mistresses or muses of some top-notch cowboys. We learn that the women of the town lost their husbands in a mining accident a couple years back, but despite this, the accident is almost liberating for these women.

Now, there is no pressure or obligation to act or dress or be a certain way, as exemplified by the widow of the mayor, Mary Agnes. She trades in her corset and elaborate dresses for her hand-me-down cowboy clothes, once belonging to her husband, while ditching his last name and reclaiming her maiden moniker. More than the clothes, she embraces being able to do whatever she pleases and being seen as tough and strong, not delicate. Mary becomes her own person, which is a frickin' beautiful thing. 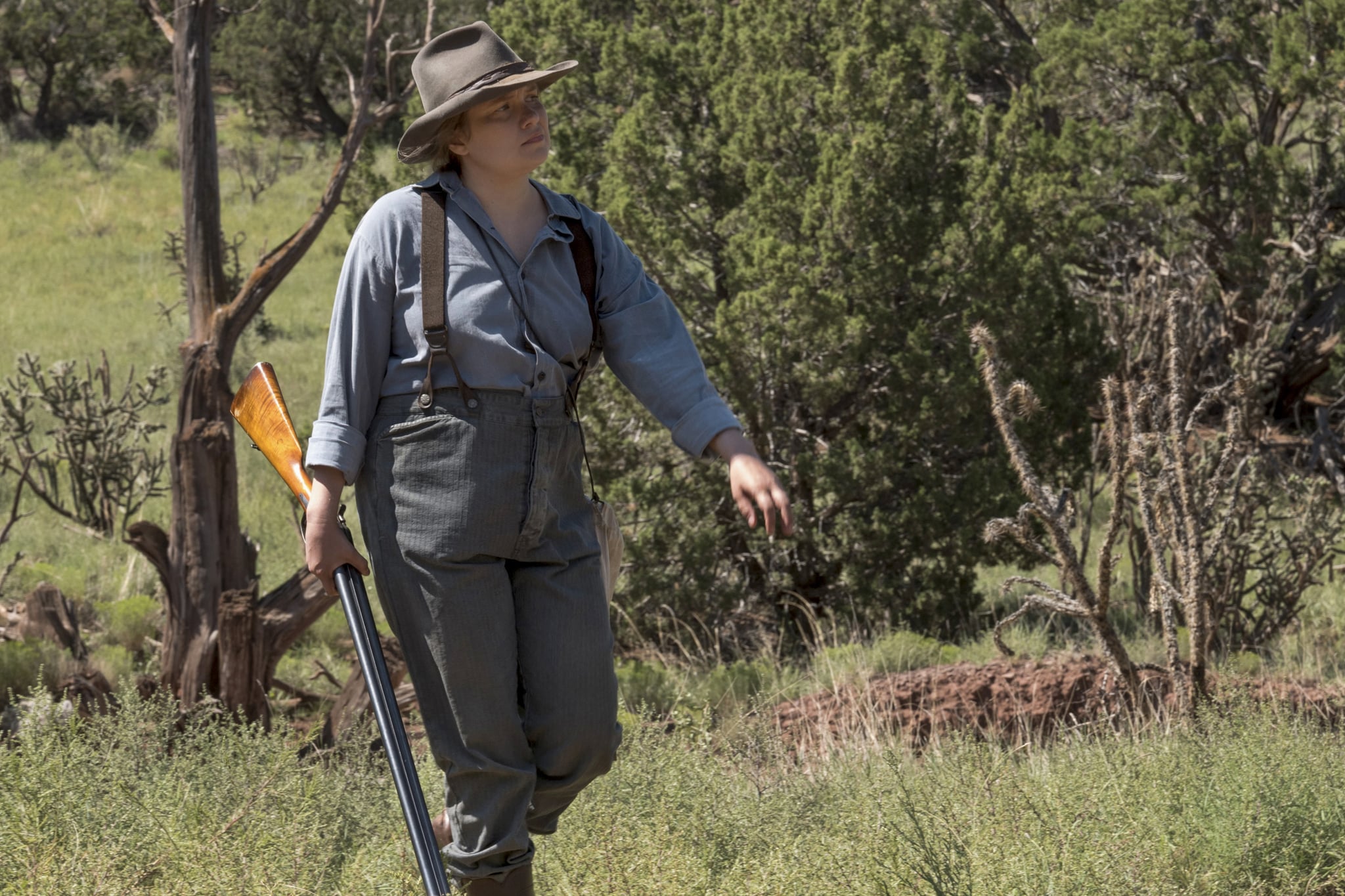 Mary Agnes can often be seen with the town-prostitute-turned-schoolteacher Callie Dunne, a relationship that some think is an indicator of Mary and Callie discovering their respective sexual orientations. While their relationship is never quite confirmed, the thought of implying a romantic (or sexual) relationship could be flourishing between these two women makes this Western far more progressive than most others out there.

"Each of these women have a story of their own, complexities and backstories . . . these women are — wait for it — multidimensional."

Meanwhile, Alice Fletcher doesn't give a second thought to shooting the mysterious intruder wandering around her ranch, firing off to defend her land like the total badass, fearless woman that she is. We learn about her mother-in-law, who is Native American, and her son, connected by her now deceased husband, who was a member of the Paiute tribe.

We see a great deal of strength and independence in each of them. Each of these women have a story of their own, complexities and backstories and a lot more than their appearance or them being a wife or a mother. These women are — wait for it — multidimensional.

Some critics have been arguing that while these women do make up the town, Godless still a show centered on men. They're not wrong; an aggressive amount of the dialogue and storylines are centered around men. Were this built to be a true tale of feminism and female triumph, there would be no question that it could have done a lot better. Given a second season, I hope we see more feminism woven into the stories. But for what it was meant to be — a tribute to real, remarkable women — it delivers.

"I never fancied myself any sort of feminist spokesman of storytelling because I don't think I can be," writer-director Scott Frank told Rolling Stone. "I'm a man with all my flaws, and made all the mistakes one could make. I felt like what I could do is honor these women I was reading about, who seemed really interesting to me — these characters no one had ever told stories about."

Frank has a point, in the sense that he can be as much of a feminist as a man can be, but at the end of the day, he doesn't know firsthand what women have experienced. This show was created as a tribute to the remarkable women of the Old West. Women who never got a proper place in movies or fiction books because they were women, and his concept was to bring these women to life and give them each an unadulterated tale of their own to tell.

Godless wasn't written to be a "feminist Western," but it is shaping a positive, pro-women sector within this male-dominated genre. We might not see more of this limited-edition series (although I hope we do — season two, please?!), but I do have hope that the future of Westerns will continue to be even more inclusive and tell fantastical stories of both men and women.