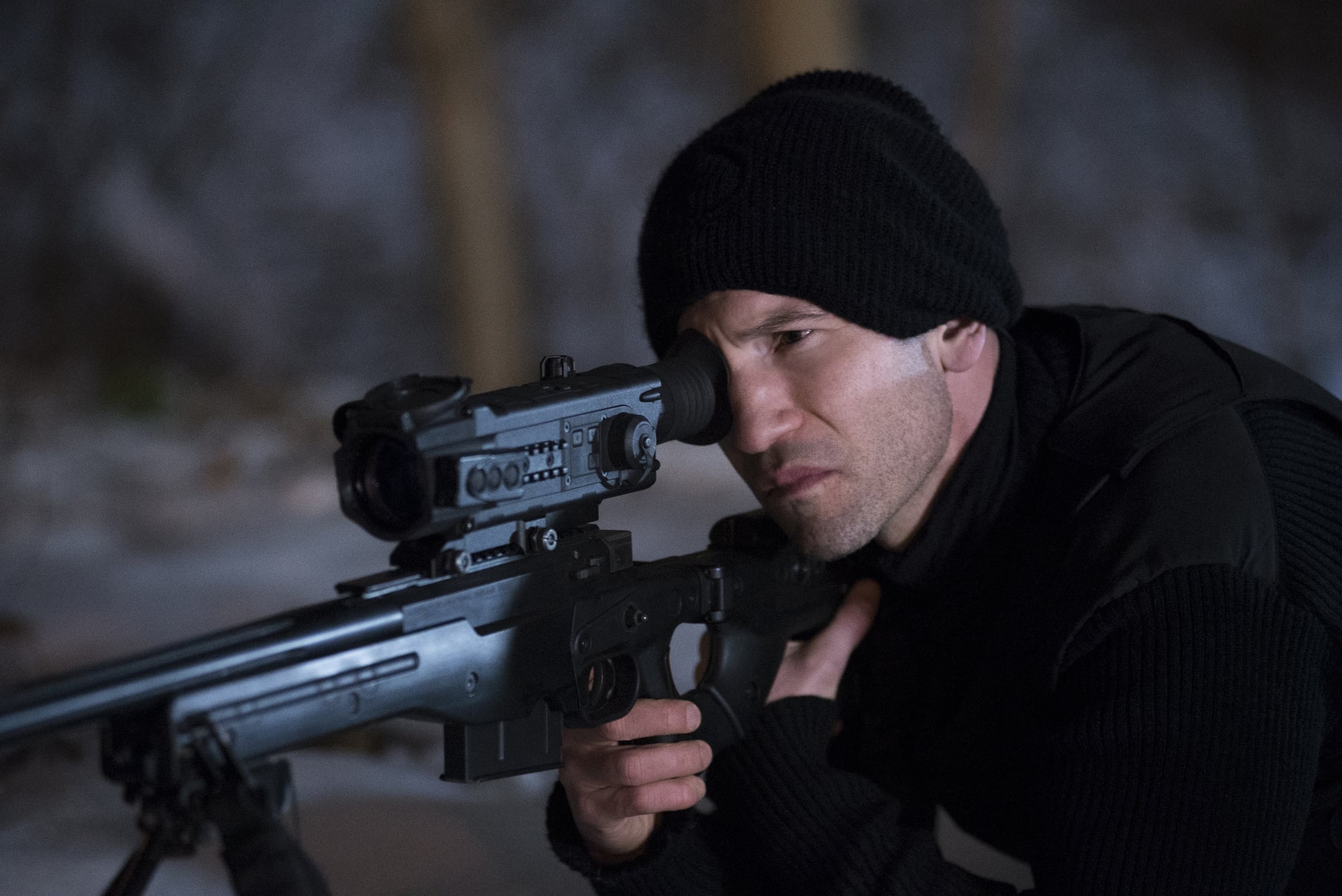 Following one of the worst mass murders the United States has ever witnessed, I don't think that I can imagine a more dreadful time for the debut of a new anti-superhero, spin-off series that glorifies gun violence than right now. Nothing has proved to be more ironic than the latest rough-around-the-edges caped crusader go around rapid firing a serious weapon without a second thought in The Punisher.

Frank Castle is The Punisher, a hard-hitting, merciless vigilante who has been described as a sort of antihero, because while he is fighting crime, he isn't doing it in a traditional heroic fashion. His favorite defense is a rather large firearm, and his campaign against the criminal underworld is centered around murder, torture, kidnapping, and violence.

Despite his lack of remorse for murdering on a regular basis, it becomes even more ironic when we remember the whole reason he is fighting criminals in the first place is because of a massacre that leaves his wife and children dead. I can't speak for anyone else, but going on mass-killing sprees to get vengeance for a bloodbath doesn't make sense — especially when we're in a time frame where that form of senseless slaughter has become our new reality.

"Even when he isn't shooting off bullets, he is either torturing, stabbing, or gouging someone's eyes out with his bare hands."

The Punisher serves as the epitome of the dangerous, trigger-happy, fearful white man that has become all too familiar as a real-world villain, all while cloaked underneath a veil of innocence and circumstantial bias of being framed as a hero. Watching the rugged, half-hero with a dark side annihilate each of the men who took part in the murdering of his family, then grinding his old friend Billy Russo's face into a broken mirror made my stomach churn. Even when he isn't shooting off bullets, he is either torturing, stabbing, or gouging someone's eyes out with his bare hands.

That brand of ultraviolence is how the Punisher rose to fame among comic book fans. He became an exalted comic book character in the '70s because of his willingness to take people down without thinking twice. That was, er . . . different? Thrilling, back then in the context of a comic, perhaps? But now having that message back on television isn't different — it's dangerous.

Related:
Why a Women's March Cofounder Says Every Feminist Should Care About Gun Control

We are now seeing an influx of mass shootings on a regular basis, averaging nearly one per day, plastered all over the news, our phones, and the papers. Everywhere we look, there is another shooting and no means of escaping the violence that has seemed to swallow our world whole. Watching the death count rise has started to become commonplace. That isn't normal.

We are in dire need of change. People are divided over what what would help deescalate gun violence and what might eliminate the resulting avoidable fatalities. Regardless of what political opinions one carries regarding gun policies, we can start with smaller, measurable changes, like ceasing the vast normalization of guns, general weapons, and violence in the media.

Steve Lightfoot is the creator of The Punisher, and when asked about how the violence and gun-loving hero would look in light of current events, he emphasized that it was not written in the current time frame:

"In terms of the bigger issues surrounding it . . . look, what happened in the last few weeks was just sickening and horrifying. Like everyone else, I look at it all with despair, sadness and in amazement that this keeps happening. But it's also important to note, that in the light of that, I wrote this show a year ago. We didn't exactly write it last week or in the scope of all this."

That is valid, but it only serve as a excuse to an extent. It isn't like this wasn't an issue back when he created the series. Has it escalated at a rapid-fire pace since then and become a much larger issue? Yes. We've seen more gun violence in the mainstream media now than ever before, no doubt, but it has been going on for a lot longer than the past few months.

"Without senseless violence, there is no Punisher."

What might be the most shameful element of all is that there isn't a chance this show could be re-worked to make a statement on gun violence. No matter what direction the writers went in, there could be no proper separation of this questionable protagonist and what made him famous: guns, and violence, and murder. Without senseless violence, there is no Punisher.

In an ideal world, there would be a subtle but firm message of gun violence, perhaps in the form of a change in character. However, from what we have seen in season one, that's not the case. Instead we are seeing a gun-toting character rise as a low-key, glorified antihero, making up all of the dangerous men that have been terrorizing this country for far too long.

Lightfoot has added that this is a television adaptation of an action-packed, thrilling comic book character, and I understand that. This was based off of an old, cult-classic comic, but times have changed, as has our perception of animated and fictional violence and the temptation to translate it into real-life crime. Something having a fictional origin doesn't mean that it should get a pass when it comes to promoting unequivocal violence to the tens of thousands of people who are tuning in to watch this show.

"I hope the show stimulates debate at the very least," said Lightfoot. "But in the end, it's a comic book, fictional adaptation in the action thriller genre that's been popular since cinema began."

Perhaps we will see a change in the series, and there will be some nod toward something positive concerning this devastating issue.