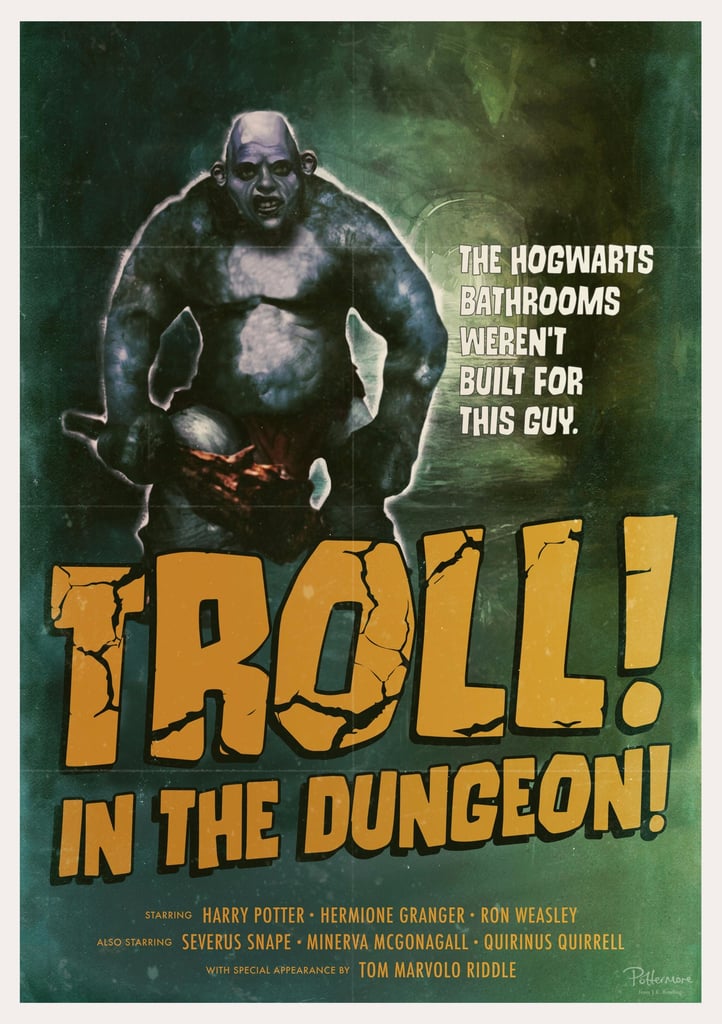 Hear me out: if it hadn't become a beloved family-friendly fantasy world, the Harry Potter series would've made a great horror movie franchise. Let me set a scene:

A scrawny, pale, quiet child sits in the darkness below the stairs of an otherwise normal middle class family home. A spider crawls across his chin, slowly, but he doesn't bother to brush it away. He simply stares ahead, silently sitting in the pitch black, waiting for the mailman.

The woman of the house slides back the grate to the door, cautiously peering inside. She sees nothing. Then, all at once, a wide green eye appears right in front of hers. She leaps back, hand on her heart, while a wry laugh drifts out from the cupboard under the stairs.

Behind the horrified homemaker, the mail slot slowly begins to creak open.

. . . aaaaaand, scene! Unfortunately for scary-movie fans out there, a Harry Potter horror movie will probably never happen; however, the folks at Pottermore have given us the next best thing.

Related:
You Should Sit Down Before Looking at the Harry Potter Studio Tour's Halloween Decor

In a Halloween-appropriate feature, the Harry Potter fan site revealed B horror movie posters inspired by moments from the first five Harry Potter installments. The dangerous dungeon troll, creepy-crawly acromantulas, murderous mermaids, and massive giant Grawp make for perfect horror poster fodder, but there's one piece of the art that stands out from the rest. Dolores Umbridge, who is horrifying at the best of times, fits perfectly into an '80s-style scary-movie ad (with hilarious details like "A Hem, Hem Studios Production" at the bottom).

Check out the full Pottermore feature for descriptions of the inspiring scenes and their terrifying elements. We're certainly on board with a "Scary Potter" series now; it turns out that Hogwarts is downright terrifying in a lot of ways!

Previous Next Start Slideshow
Harry PotterNostalgiaArtPottermoreHorror
Around The Web

Nostalgia
Spongebob's Patrick Star Is Getting His Own TV Show This Summer!
by Alessia Santoro 10 hours ago

Nostalgia
Kylie Jenner Is Obsessed With This 2000s-Inspired Jewelry Brand, and So Are We
by Nikita Charuza 1 day ago

Nostalgia
Are You Confused by the Current Generational War? Congrats, You May Be a Zennial!
by Mary Everett 2 days ago