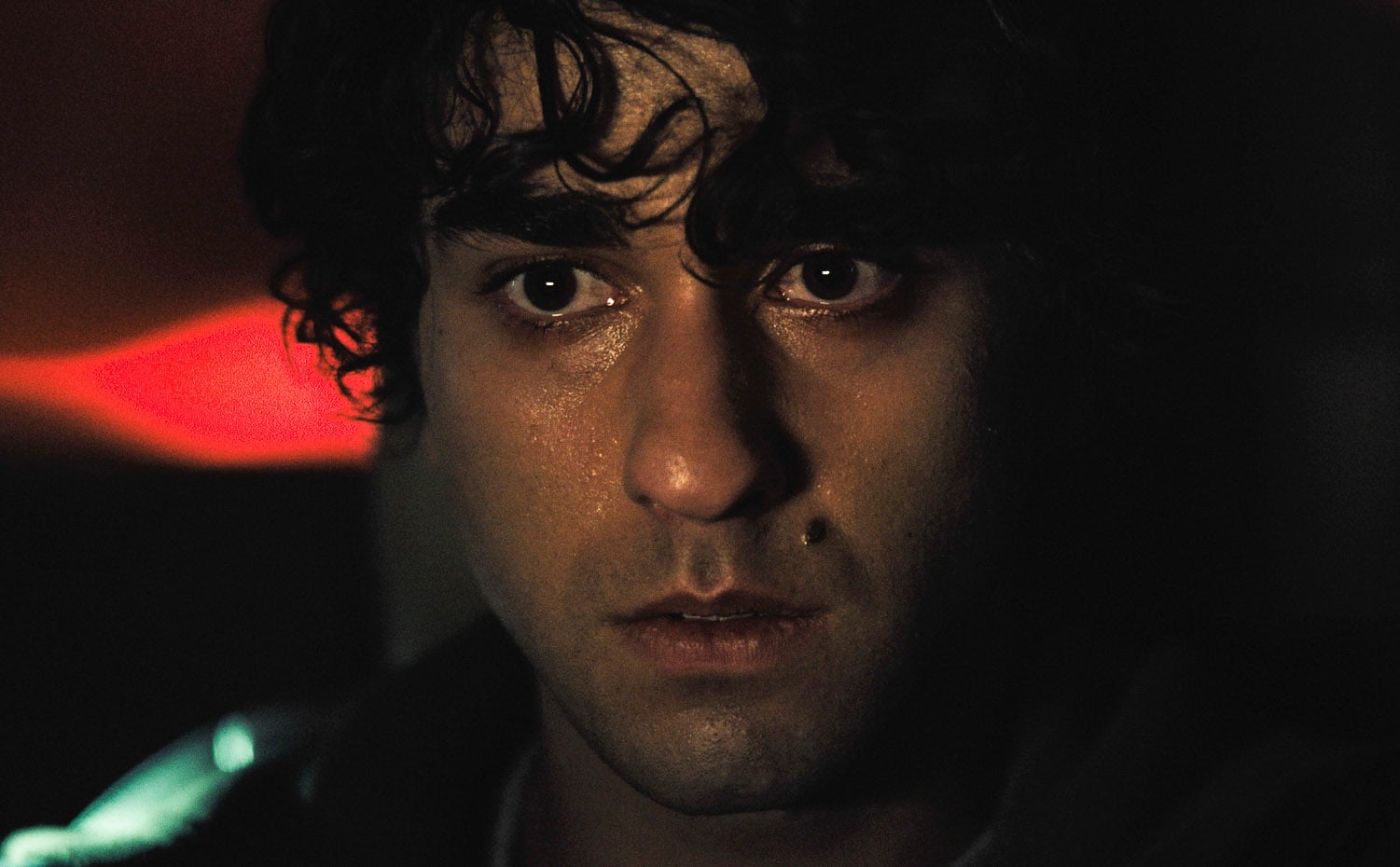 Warning: just a bunch of Hereditary spoilers ahead.

The scariest thing about Hereditary — apart from the demonic symbology, body horror, and repeated use of ants — might be the fact that it's hard to anticipate any of these events. The trailer for Ari Aster's critically acclaimed horror film is purposefully opaque, and spoilers were not readily available on the internet prior to its official release. To say that Hereditary zigs when you think it's going to zag would be an understatement — and perhaps one scene exemplifies that most.

In the film's first act, before sh*t really hits the fan, Annie Graham (Toni Collette) urges her son, Peter (Alex Wolff), to bring his withdrawn younger sister, Charlie (Milly Shapiro), to a party so she can make friends. Once there, Peter runs off to get high in another room with some classmates, encouraging Charlie to hang out downstairs and eat a slice of chocolate cake while he's busy. Earlier in the film, it's disclosed that Charlie is allergic to nuts, and sadly the cake at the party is full of walnuts. Charlie quickly goes into anaphylactic shock after eating a slice, so Peter carries her to the car to rush her to the hospital.

Charlie's severe allergic reaction truthfully isn't all that surprising. Her allergy had already been teased, leaving the audience to assume that it will come back up later. What happens next, however, is absolutely horrifying.

As Peter races to the hospital, Charlie gasps for air in the backseat of their Volvo. In her desperation, Charlie rolls down the window and sticks her head out to get more air. It's at that exact moment that Peter sees an animal in the road and swerves, and Charlie is decapitated when her head collides with a telephone pole. Unable to face the reality that his sister is dead, Peter sits in stunned silence. He mutters, "You're OK," before driving home, going to sleep, and leaving his parents to learn the tragic news on their own in the morning (he leaves Charlie's body in the back of the car).

The film leads you to believe that Charlie's death may have been more fate than freak accident. For starters, the camera pans to the telephone pole when Peter and Charlie are on their way to the party. On it, there's a carving of the same King Paimon sigil that becomes very important later on. Then, of course, there's the fact that Charlie had been chosen by her grandmother's cult to carry the spirit of Paimon, only to reject her female form and inhabit a male body instead. (More on all that here.) 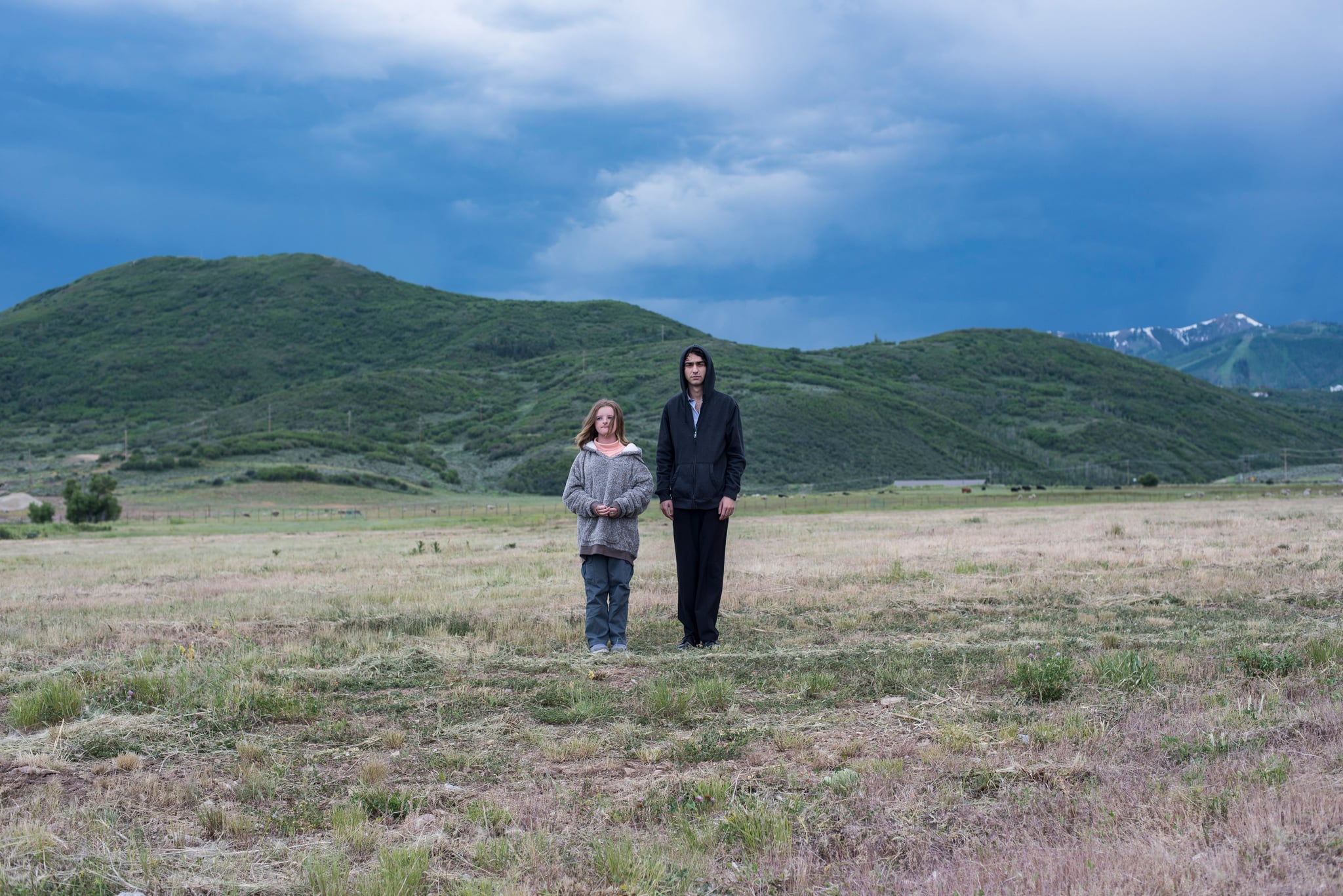 Despite all the chaos and horror that ensues later, the fact Charlie's death occurs so early on in the film is particularly shocking. It starts out as one of those scenes where something really awful is happening, but you silently assure yourself that it'll all sort itself out because, well, there's still so much movie left (and it's not often children are gruesomely decapitated on screen). That's exactly the kind of assumption Hereditary's director wanted to rebuff.

"I feel like there's a general complacency that comes with watching genre films. People come to these films with certain expectations. They know the formulas, they know the tropes, they know the conventions, and genre films come to feel like comfort food," Aster said in an interview with The A.V. Club. He also said he was inspired by other films like Psycho and In the Bedroom, in which the completely unexpected and shocking things happen at the beginning.

Did the posters and trailer slightly deceive audiences with Charlie's prominent presence? Well, maybe a little bit. "I'm very happy with A24 for not only protecting that twist, but doing everything they can to support it by presenting this film as one that belongs primarily to that character," Aster said. "Because it's not totally wrong, either. It's like you aren't getting what you're there for. But you're getting into it in a very different way. I hope that Charlie's shadow looms over the rest of the film in a significant way."