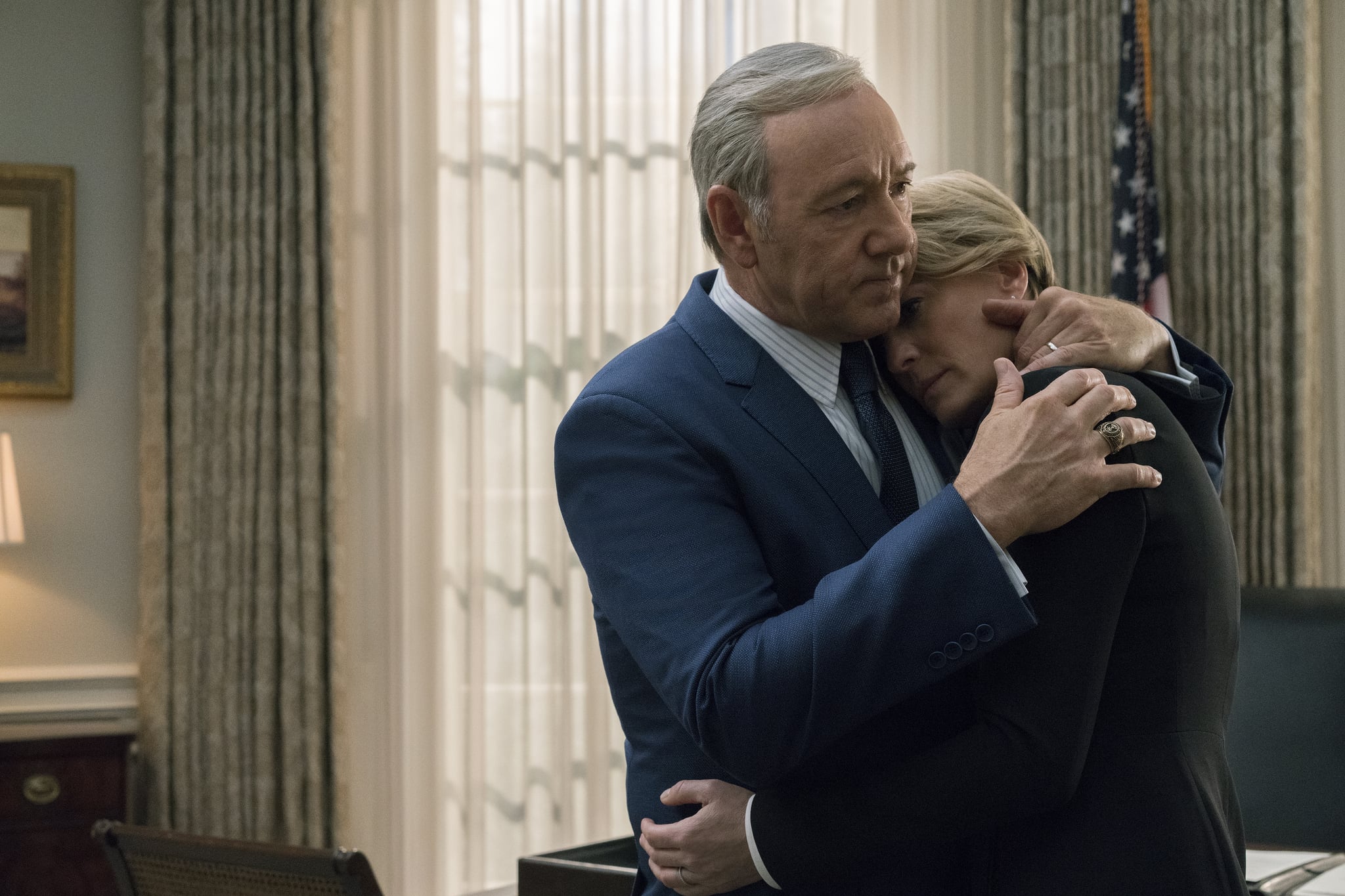 The fifth season of Netflix's House of Cards is perhaps the most unpredictable roller-coaster ride yet. This season packs in all the betrayal, murder, and shocking moments that make the show so unique — and then piles on even more. In case you need a refresh on what happens (or are too nervous to watch the whole thing, which is understandable) here's your guide to all the madness in season five of House of Cards.

When season five starts, the election is looming and Frank's chances don't look too rosy, even with his impassioned speeches about the need for strength on terror. However, his final move on Election Day turns the tides. He convinces the governor of Tennessee to enforce a curfew based on false intel about a terrorist attack, which keeps many Republicans from voting. He also has his team challenge the election results in several other states, ultimately stalling the election without either Frank or Will Conway getting the necessary electoral votes.

A few months later when the presidency comes down to Ohio's revote, Frank drops another bombshell, this time on Conway specifically: recorded audio of Conway violently threatening his pilot to give him control of the plane. Conway's sincere boy-next-door image is shattered and he fails to get Ohio's vote, giving Frank the presidency again. Sorry, kid.

2. Frank Strikes Up a New Affair

Back in season two, Frank meets Civil War reenactor Eric, who plays Frank's own ancestor Augustus Underwood in a battle reenactment. Frank takes a liking to the young man, and Eric has obvious admiration for Frank. Eric is invited back to the White House in season five and becomes Frank's personal trainer, and their relationship soon moves beyond friendship. Though his true loyalty to Claire doesn't falter, the affair is a distraction for Frank during the controlled chaos of waiting for Congress to pick the winner of the election. However, later in the season Eric becomes more attached to Frank than vice versa, and Frank pushes him away when he gets too clingy. Eric is later shot and killed when he jumps the White House fence.

3. Laura Moretti Has Known the Truth About Doug the Whole Time

A big part of Doug's storyline in season five (apart from doing Frank's bidding) focuses on his relationship with Laura Moretti, the widow of the man Doug bumps from the liver transplant list in season four to save Frank's life. It seems like his relationship with Laura is becoming the one real good thing in his life, and he finally confesses his involvement with her husband's death. But instead of being shocked, Laura reveals that she knew this the whole time, and claims she got involved with Doug as a form of revenge. Bummer. 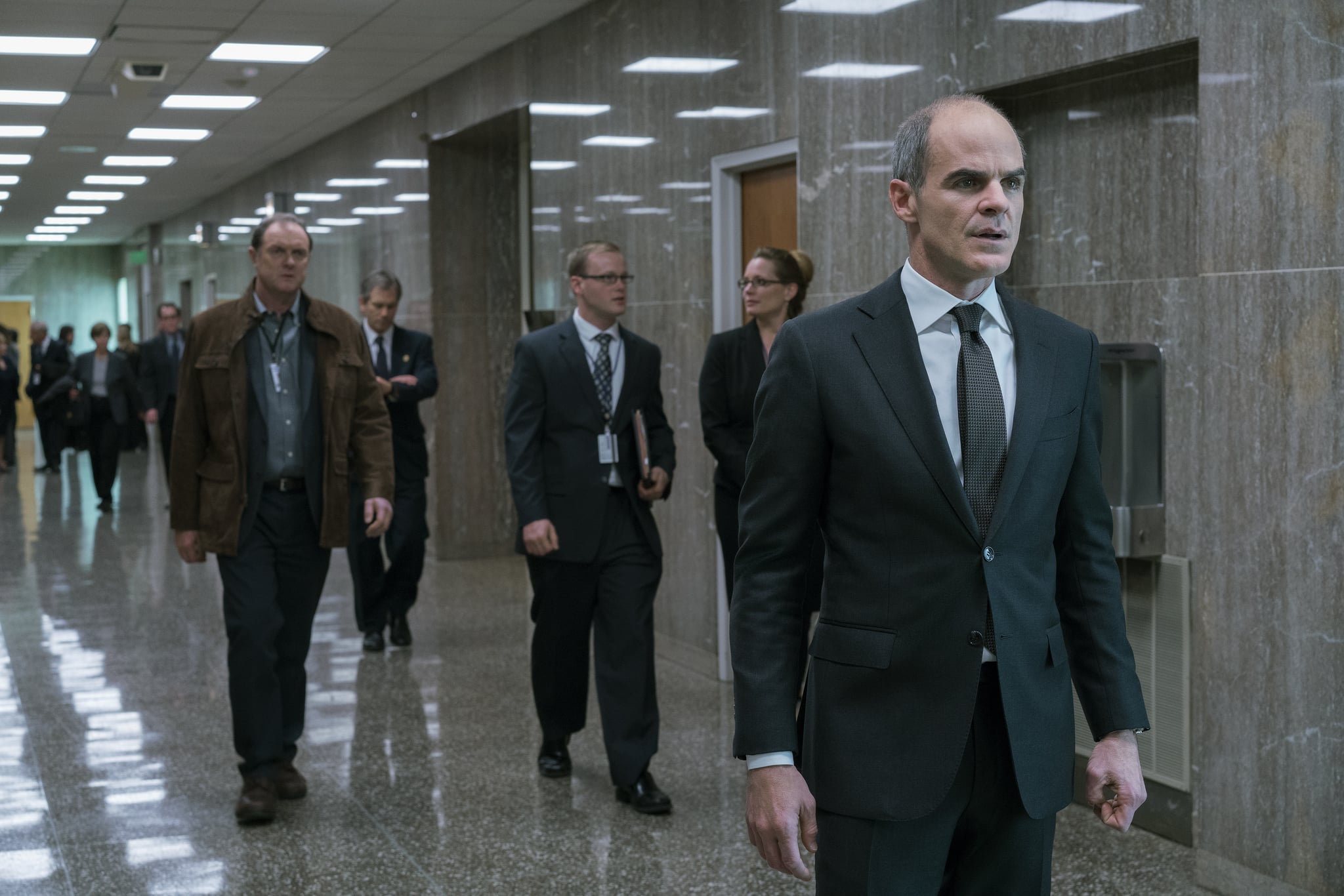 The season's penultimate episode begins with a conversation between Frank and Cathy in the White House residence about her impending testimony against Frank for Romero's congressional investigation, and she is ready to tell the real truth. Frank's solution is simple — he pushes her down the stairs. While the moment itself comes as a shock, can we really be surprised at Frank using violence to keep someone from messing up his political future? We hear later that Cathy is in the hospital recovering, so she's alive (for now), but who knows what might happen when she does recuperate.

After LeAnn Harvey gives Jane Davis the information from Aidan Macallan about the Underwoods' involvement with hijacking the election, Frank decides LeAnn's usefulness has come to an end. In the season's final episode she gets run off the road while driving to Doug's house, as Frank watches calmly through the camera in her phone. While it's still not officially confirmed whether LeAnn actually dies, it's clear Frank still has no qualms about having people taken out without remorse.

Season five proves that not only does Claire accept when Frank kills off people who threaten their power, she's fully capable of doing the same. After finding out that her former lover Tom Yates has finished writing his book about her and Frank, and alludes to many details that would get the Underwoods in trouble, she seduces and fatally poisons him. There's no doubt Claire does feel something for Tom, but that inkling isn't stronger than her political ambitions.

Through the complicated machinations of American politics that follow an unsuccessful November election, Claire is sworn in as the acting president when the Senate picks her over Will Conway's vice presidential candidate Ted Brockhart. Her time in the Oval Office doesn't last long before Frank wins back the presidency with the Ohio House revote, but Frank's real plan revolves around her. With the increasingly bad press surrounding himself, he wants to hand the presidency back to her and wield his influence in the private sector.

Frank resigns as president in episode 12, making Claire president once again. Of course, Frank's long game only works if Claire pardons him for the crimes he's being investigated for, and he's confident his wife will come through . . . but she doesn't. Claire goes back on her promise to pardon Frank, and at the end of season five we see her ignoring his calls. This time around, Claire isn't letting anything take the power of the Oval Office away from her — even Frank.

Time will tell how Frank may retaliate in season six to Claire's betrayal, and whether this will lead to an all-out war between the Underwoods. Whatever happens, they're sure to leave plenty of destruction in their wake.

Image Source: Netflix
House Of CardsTV
Around The Web