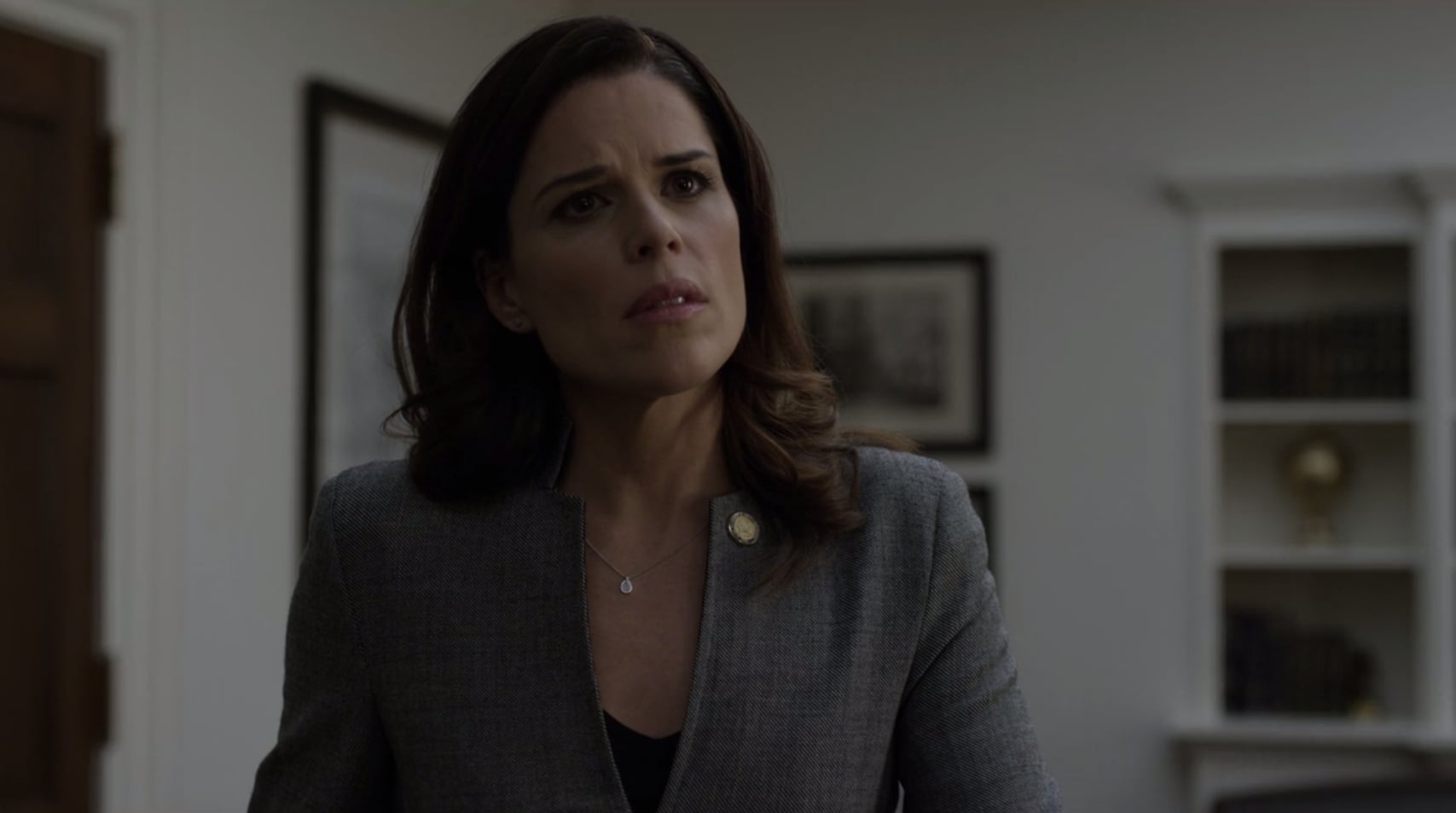 Spoilers for the fifth season of House of Cards are below.

Shocking or unexpected deaths are just one of the unsettling things that makes House of Cards such a roller coaster ride. If someone becomes too unpredictable or too much of a liability to Frank and Claire Underwood's master plan, they probably won't stick around for long. House of Cards also isn't shy about showing those deaths — at least, most of the time.

At the end of season five, we're left questioning the fate of LeAnn Harvey (Neve Campbell), the Underwoods' former campaign manager. LeAnn is initially pushed out of her role in the administration because of her connection to Aidan Macallan, the data scientist who helps the Underwoods illegally influence the election. However, Macallan (before his own untimely death) sends LeAnn password-protected files of evidence, giving her a degree of leverage.

In the season's final episode, LeAnn decides to give access to the files to Jane Davis but wants to be made Claire's new chief of staff in exchange. Davis agrees, but then when Mark Usher forces LeAnn out of the new position only a day or so later, Davis doesn't come to her defense. When Davis tells Frank that the files from Macallan are now in Claire's possession, Frank says ominously that "LeAnn's job is done."

LeAnn soon realizes that her surrender of the files combined with losing the job she was promised points to the possibility that she's being set up to be taken out. As she drives to Doug's home at night, obviously shaken, another car drives up close behind her and flashes its lights. Before we see anything more happen, the camera cuts away to Frank watching LeAnn through her phone. He looks right at the audience and says, "Sometimes you don't have to watch the whole movie to know how it ends."

The next time we see LeAnn's car, it's gone off the road and overturned. Clearly LeAnn was right to be suspicious, and Frank arranged for her to be eliminated. However, her body is never shown even though the crash looks very severe, which raises a red flag. Maybe we're simply supposed to assume she didn't make it — but strongly suggesting a character dies in a season finale and then revealing they survived in the following season isn't exactly unheard of in television dramas. This trick is even used in the second season of House of Cards: the finale shows Doug's apparently dead body, and then the third season premiere reveals he's alive.

It hasn't been confirmed by showrunners or actress Neve Campbell whether LeAnn is actually dead either, adding to the mystery. We'll have to wait and see if (a potential) season six answers the question once and for all . . .