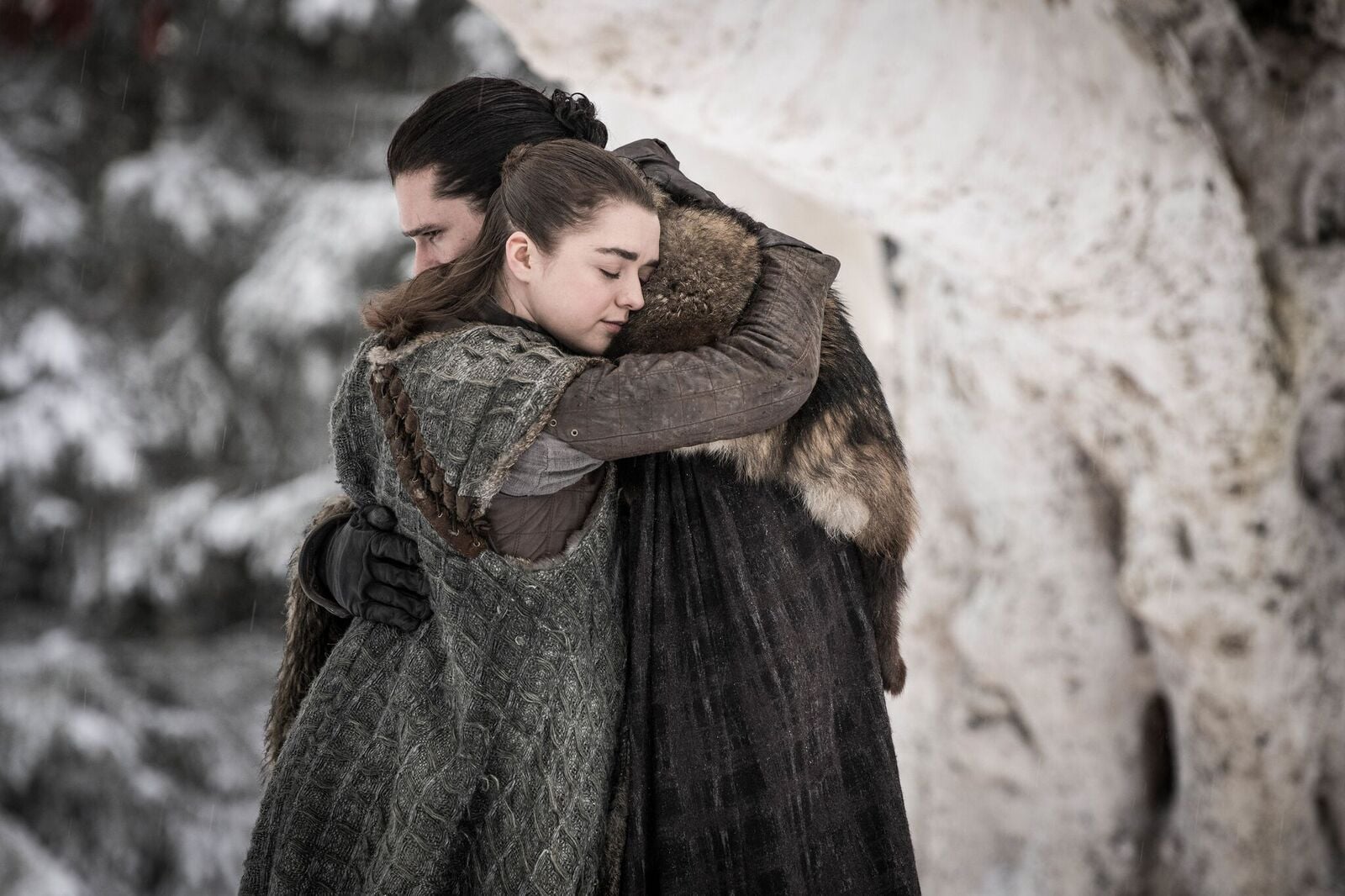 Game of Thrones is an epic fantasy designed to spark the imagination through its mythical tales of dragons, magic, and warfare. But as HBO debuts the show's eighth season (and theories about the finale reach a fever pitch), we can't help but wonder if the truth behind the fate of Westeros has been staring us in the face from the very beginning. That is to say, when we consider how much the season eight premiere, "Winterfell," focuses on the Starks' ancestral home and parallels key moments from the show's first episode (similarly titled "Winter Is Coming"), it may be safe to theorize that Winterfell's history and the castle's name play a major role in the series finale.

But before we dig into our theory, let's take a brief look at the castle's history.

Winterfell is located at the center of Westeros's northern territory. The structure lies alongside the Kingsroad about 650 miles south of the Wall but more than one thousand miles north of King's Landing. The compound acts as the region's capital and the seat of rule for the Wards (and Kings!) of the North. A series of high walls enclose the multi-level complex, which covers numerous acres thought to have been in the Stark family for nearly 8,000 years. The castle proper sits atop a collection of hot springs that keep the castle warm during the winter, and the catacombs below hold the tombs of past Stark lords and ladies. And, of course, one of Winterfell's most notable features, as defined in the opening sequence of the HBO series by the red leaves and white bark of its weirwood tree, is a godswood, or a courtyard grove designated as a place of worship.

In the A Song of Ice and Fire novels, the oldest section of the castle is a tower known as the First Keep — although debate about its origins make it difficult to pinpoint an exact age. Some maesters trace the structure's origins to the migration of the Andals from Essos to Westeros six thousand years ago. Others believe — and this philosophy aligns more closely to the television series — that Bran the Builder created Winterfell after Azor Ahai defeated the dead in the War For the Dawn during the first Long Night, roughly 8,000 years ago. This theory proves significant when we consider how the Stark homestead received its namesake. To put it plainly, the castle may literally mark the spot where Winter (aka the Great Other) fell to defeat at the hands of the living.

And in that same way, the name Winterfell foreshadows the White Walkers' return. Now that the Wall has fallen, the Night King and his undead army will soon descend upon the castle for another battle — echoing Eddard Stark's prophetic line from season one, "Winter Is Coming." Perhaps this time, the White Walkers succeed in storming the compound and destroying the living. This would then turn the name on its head and make Winterfell the place where the Stark family, the Kings of the North (aka the Kings of Winter), fell at the hands of the dead.