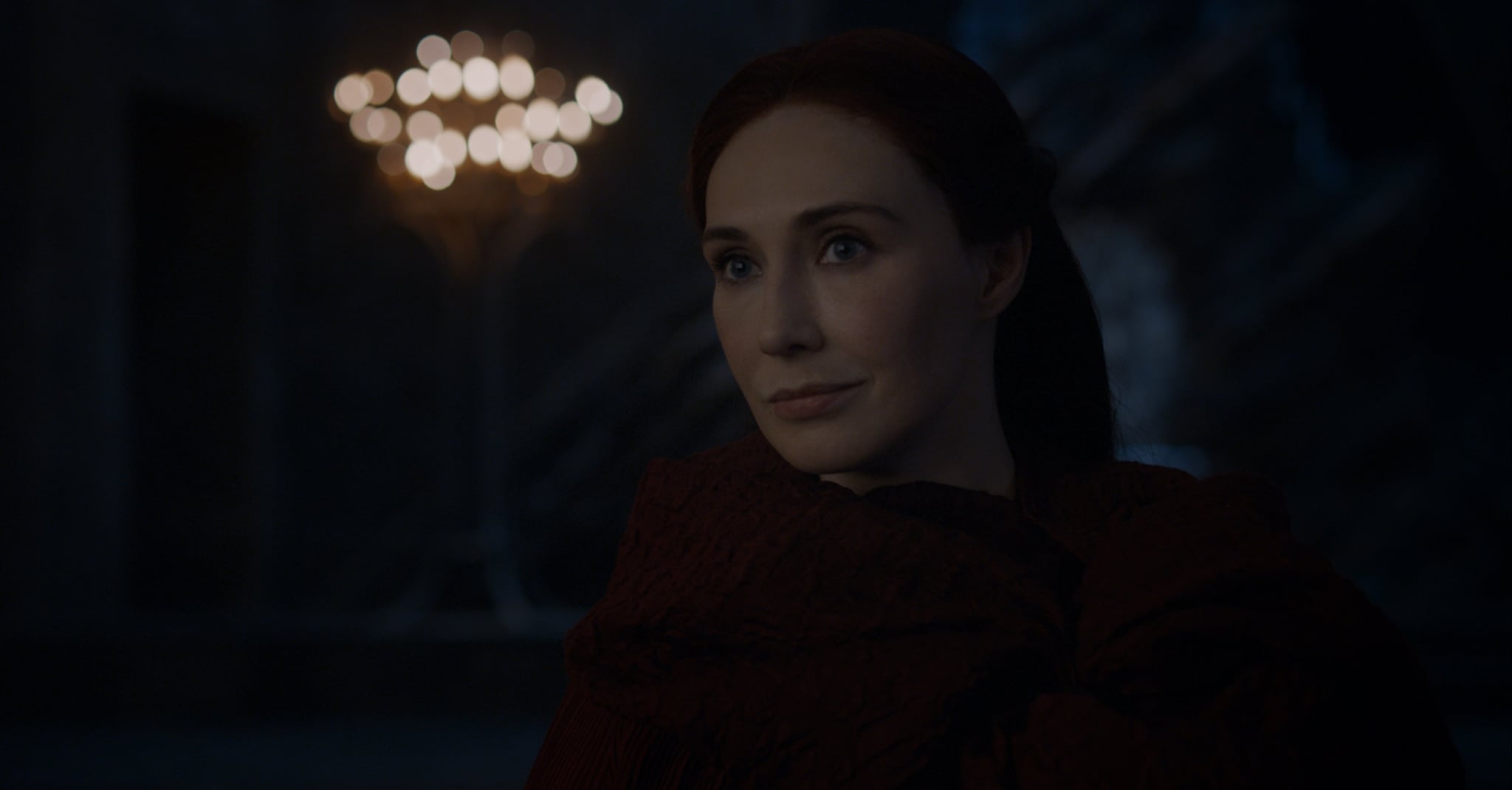 There are no shortage of gods in Game of Thrones, but one of the most important mystical names in the series is only mentioned once in passing — way back in season four.

At this point, everyone knows about the Lord of Light — also known as R'hllor — but the antithesis of Melisandre's god is rarely ever named. We're talking about the Great Other — a god that the Red Priestess tells Shireen Baratheon represents all things dark, cold, and evil. The Great Other is an agent of death who is locked in an eternal war with the Lord of Light. If the Great Other wins, then faith in R'hllor and the love and light he represent will be extinguished.

In the A Song of Ice and Fire books, Thoros of Myr describes the battle between the Great Other and R'hllor like this:

"Man once again faces the war for the dawn, which has been waged since time began. On one side is the Lord of Light, the Heart of Fire, the God of Flame and Shadow. Against him stands the Great Other, whose name may not be spoken. The Lord of Darkness, the Soul of Ice, the God of Night and Terror.

The Great Other shouldn't be confused with the Night King. At one point, the Night King was just a mortal man. The Children of the Forest are responsible for turning him into the monster he is now. He and his army are agents of the Great Other with a goal to do the bidding of their god. Melisandre even calls the White Walkers and the wights the "cold children" of the Great Other. Since the name of this mysterious god of the dark can't be spoken, it's unclear if he's meant to have an identity in the traditional sense.

Related:
We Never Saw This Game of Thrones Couple Coming — and Now We're Convinced They're Endgame

One thing that fans can be certain of is the Great Other is a representation of death. In the books, Melisandre even believes that dreams are weapons used by the Great Other to pull people into the darkness. As always, the only answer to defeating this god of the cold and night is through a belief in R'hllor and his champion, Azor Ahai. Ultimately, the Great Other is simply the opposite of Melisandre's god.

Whether or not you believe that R'hllor and the Great Other truly exist depends largely on how much you buy into the theological aspects of the series. There's no denying that the amount of magic and unexplained happenings in Westeros has been on a steady rise since season one, so the idea that the Great Other has an identity that will be revealed isn't as far-fetched as it once was.

For that reason alone, you should keep an eye on the battle between light and dark, and the mortal agents tasked with fighting it, because it may be the key to Game of Thrones's grand finale.