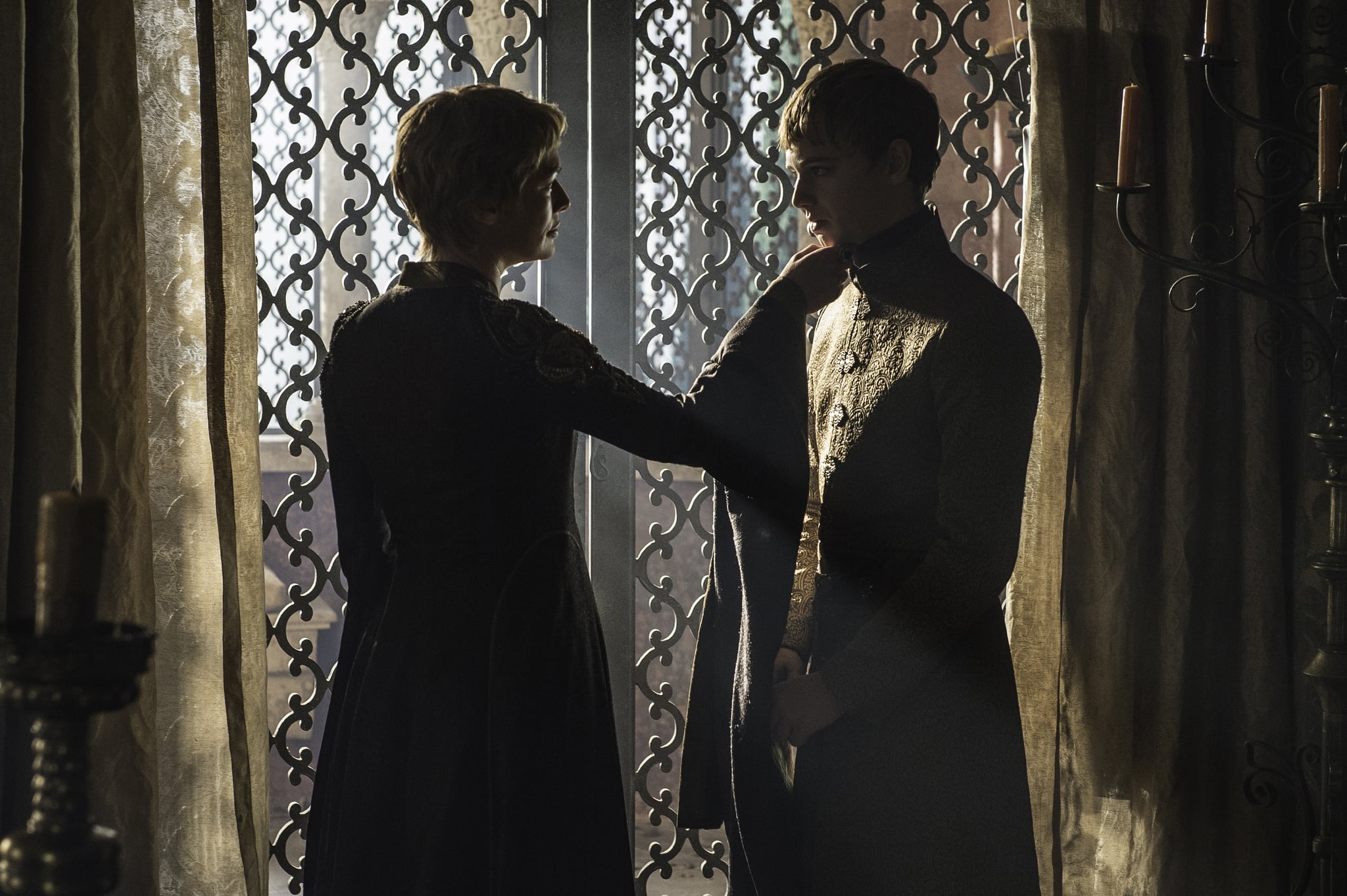 We can wholeheartedly say that Cersei Lannister is one of the worst mothers on Game of Thrones. On one hand, she loves her children with a murderous devotion rarely glimpsed outside of the confines of the Bates Motel. On the other, all of her children die extremely gruesome deaths. Is it fate, as that witch in the woods predicted when Cersei was only a child? Or is it just her awful decisions that propel her children to their doom? Either way, Cersei's children all die horribly, and they all die young.

Let us count the ways.

The first of Cersei's children to die is the squealing blond psychopath known as Joffrey Baratheon. Remember him — that awful waste of pigs-breath who liked to torture Sansa and shoot arrows into unfortunate prostitutes? He dies one of the most awesomely satisfying deaths on television — poisoned at his own wedding by his own mother-in-law.

Poor Joffrey. We certainly weren't sad to see him go.

Next up is sweet Princess Myrcella, who dies from a poisoned kiss courtesy of Ellaria Sand. We were actually saddened by her death. Of all of Cersei's children, she was the least objectionable.

The last to die is the short-lived king, Tommen, who takes his own life by jumping out a window when Cersei kills his wife, Margaery Tyrell, and pretty much the entire nobility of Kings Landing by wildfire-bombing the Great Sept of Baelor on the season six finale. We won't say his death is her fault (yeah, it is definitely her fault, no doubt about it), but Tommen was always weak. We just knew he wouldn't survive Game of Thrones.

So there you have it, the three deaths of Cersei Lannister's children. Here's to hoping she never has any more.