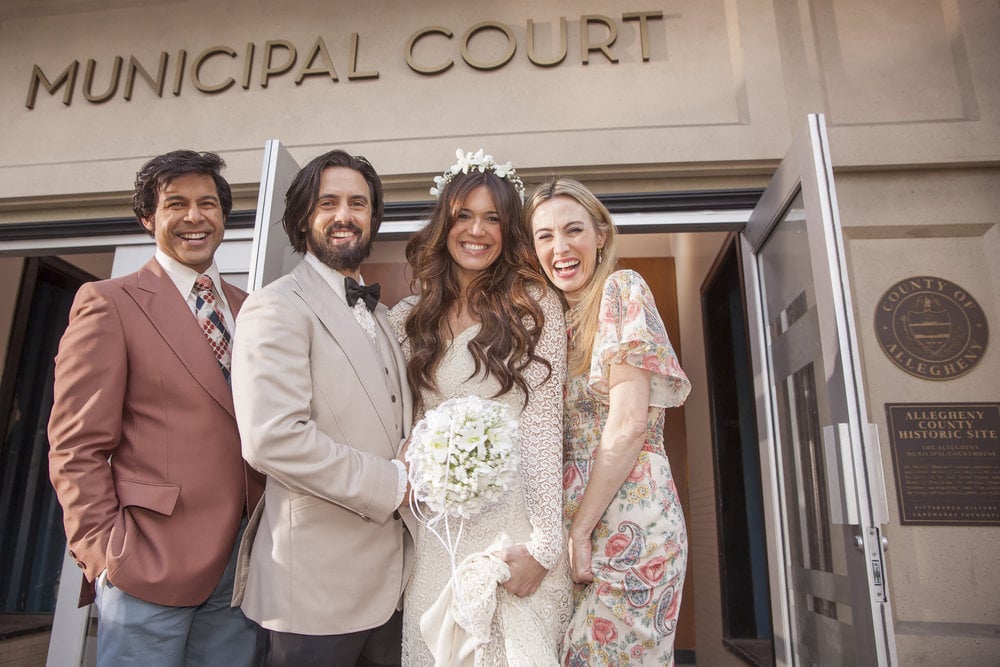 In the first few episodes of This Is Us, it seems like Jack and Rebecca have it all together: a picture-perfect marriage, three beautiful children, a love story for the books . . . the list goes on. But as the series unfolds, we begin to see the cracks in their relationship and even more tragically, how their lives turn out. The show is full of shocking twists, but one of the biggest yet has to be that Jack is no longer alive in present day, and Rebecca is married to his best friend, Miguel. While we still don't have all the answers about Rebecca and Miguel's relationship, season two gave us a better idea of how they connected, or should we say, reconnected.

Turns out, the two didn't start dating until long after Jack's death. During the episode, "The 20s," we learn that the two actually got back in touch in 2008. After Rebecca enlists help from Beth to create a Facebook account, she ends getting a notification from Miguel when she posts a picture of her granddaughter, Tess. As the two begin chatting back and forth on social media, we see the first spark in their relationship. And we'll be getting more glimpses of their love story in future episodes.

While talking with Jon Huertas (who plays Miguel), he told POPSUGAR that the couple's backstory will be a main topic for season three. "The Rebecca and Miguel relationship will play out around 2008 in our timeline," he said. "You'll definitely find out how Rebecca and Miguel fell for each other." Of course, one of the main questions on our mind is: when do they actually get married?

Even though Huertas isn't sure about the exact timeline, he did suggest that it would probably be a little later on. "In my opinion, I think that the two characters wouldn't get married right away," he said. "It would actually be a very, very tough decision for the two characters to make. If I was really Miguel, and I fell in love with my best friend's wife who had grown kids, to break that to them would be such a hard thing. So, I don't think it would be anything to rush into." Guess we'll just have to wait and see how their love story plays out!