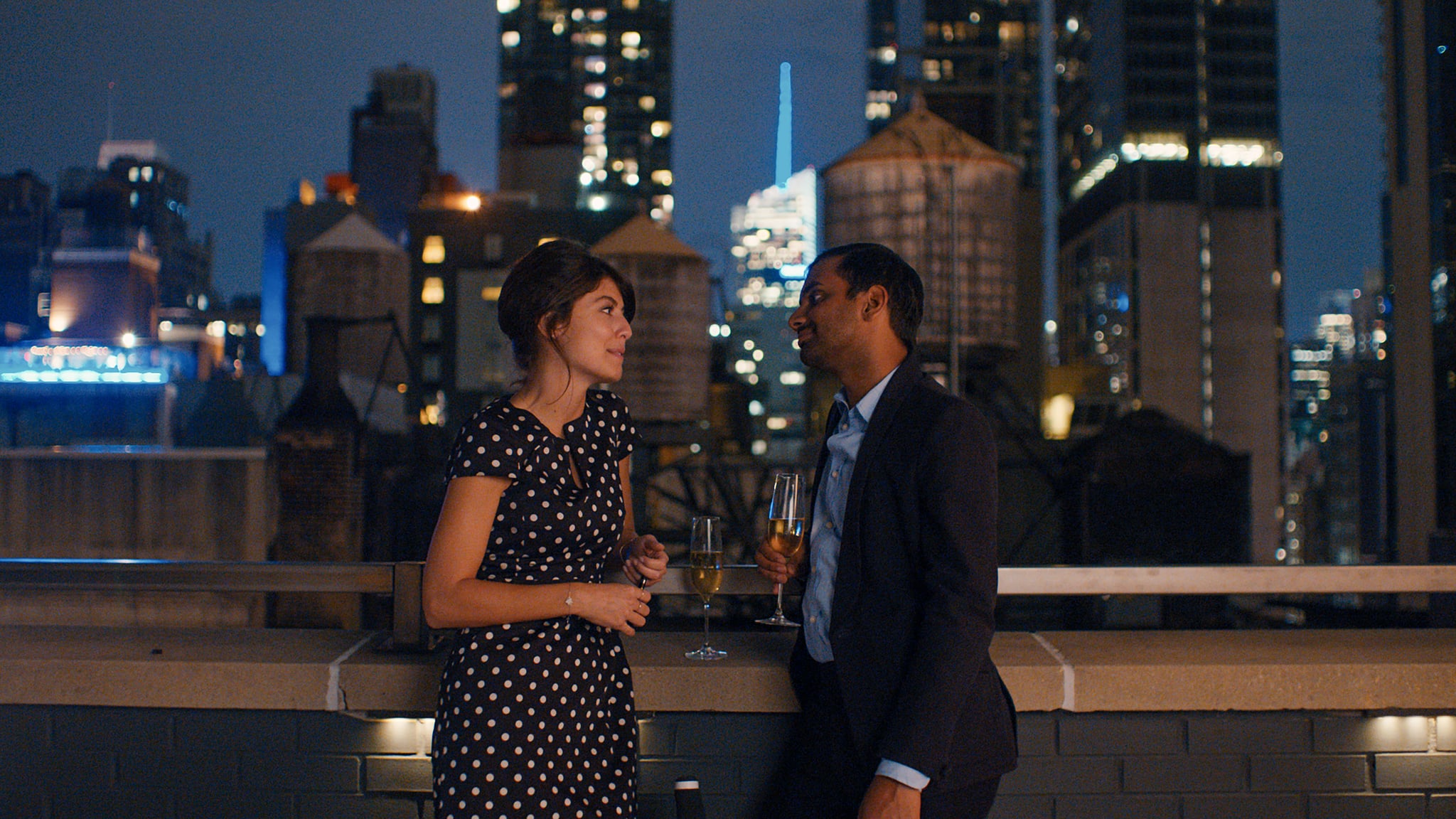 Spoilers for Master of None season two ahead!

Netflix released another thought-provoking season of Master of None on May 12. During season two, we get to take a short tour of old-school Modena, Italy, with Dev (Aziz Ansari), only to later fall face-first with him onto the concrete of New York City's modern dating world. The season is a bumpy ride, and we are exposed to a range of societal issues; race, religion, the struggles of being gay, and the complexities of dating are just a few that surface. While consuming the 10 bite-size episodes, we are repeatedly urged to take a step back and think about life from other people's perspectives. Therefore, it makes perfect sense that the ending of the season is also open to interpretation.

Throughout the series, Dev and his foreign friend, Francesca (Alessandra Mastronardi), dance back and forth with each other, both literally and emotionally. However, Francesca is ultimately backed into a corner when she is meant to leave NYC and return home to Italy with her tile-obsessed fiancé. She is forced to choose between a familiar, secure life with her long-term love, Pino (Riccardo Scamarcio), and the sparks that sizzle from her potential flame, Dev. To say the least, no matter what she chooses, Francesca is damned if she does and damned if she doesn't. She is shown hesitantly about to leave for the airport with Pino when the screen blackens.

Related:
Master of None: 7 Terms Aziz Ansari's Emmy-Nominated Show Has Exposed Us To

Then, the final scene of the season begins. A shot of falling snow from the comfort of Dev's dark room is revealed. The room's establishing shot then transitions to a shot of Francesca and Dev in bed. Viewers are under the impression that this might be a flash forward (especially after already having seen one of Dev's dreams play out before). The leading lady lies awake as if trapped in a snow globe with her companion. The pensive look on her face and newly naked ring finger lead us to believe that she has left Pino for Dev and might be awake questioning that decision. The ceiling she stares at is like her screen as she mentally projects and rewinds past memories with Pino and future "what ifs" in her head.

The brunette turns over to look at Dev, whose eyes slowly open to return a blank expression. They are no longer the happy couple we see during their first sleepover in episode nine. Now, they're more distant, the room is darker, and Francesca isn't facing him. Suddenly the screen goes dark, and the song "Se Piangi, Se Ridi" is heard as the credits roll (the lyrics of this song hint at a foreboding farewell).

"It's an open end," as Aziz Ansari's costar Alessandra Mastronardi put it in an interview with Entertainment Weekly. "There's a kind of loneliness in the room, so it lets the audience feel what they want." However, the ending might not be as open as Mastronardi lets on.

There's no doubt that the ending is ambiguous, but there are vocal cues that are less so. Dev's fantasy of getting the girl has apparently actualized, yet unfortunately fantasies don't always translate well in reality, and it looks like Francesca has made a mistake — a mistake that Dev feels partially guilty for and which his close friend saw coming. Dev's best friend Arnold (Eric Wareheim) predicted the doom of Francesca and Dev's relationship far before anyone else. When talking to Dev at a bar in the last episode, Arnie asks, "Did you really think this scenario through? I mean, what was gonna happen? She was gonna break up with Pino? Move to New York?"

Being outside of the relationship, Arnie is able to see Dev and Francesca's labyrinth of love from a bird's-eye view. He knew the two had reached a dead end. "That's so much pressure for both of you guys," he continued. "I mean, she's lived in this tiny village her whole life. She's been with one dude. Your relationship probably wasn't gonna be this magical fantasy that's in your head. It was probably gonna be a sh*tshow." Given the regretful expressions on Francesca's face, it looked like Arnie's assessment is spot on.

Sadly, even Dev doubts his future with Francesca. "You know, I don't even know if it's about her," Dev confessed to Arnie. "I just — I miss that feeling. When we were together doing all that stuff . . . I felt really connected to somebody. And it felt good." Dev's words are evidence that perhaps Francesca isn't the only one using someone. It's plausible Dev is using Francesca as a placeholder for someone else — maybe Rachel, or someone new. Either way, ever since they met, Dev and Francesca are living in a dream (maybe that's why they are first introduced in black and white). And as the season takes its last breath, the two finally wake up to the cold reality waiting for them outside of Dev's room.

Of course, this is all merely one analysis, and audiences will have to wait and see if the two really put their relationship to bed if a third season becomes a possibility!

by Danielle Jackson 17 minutes ago