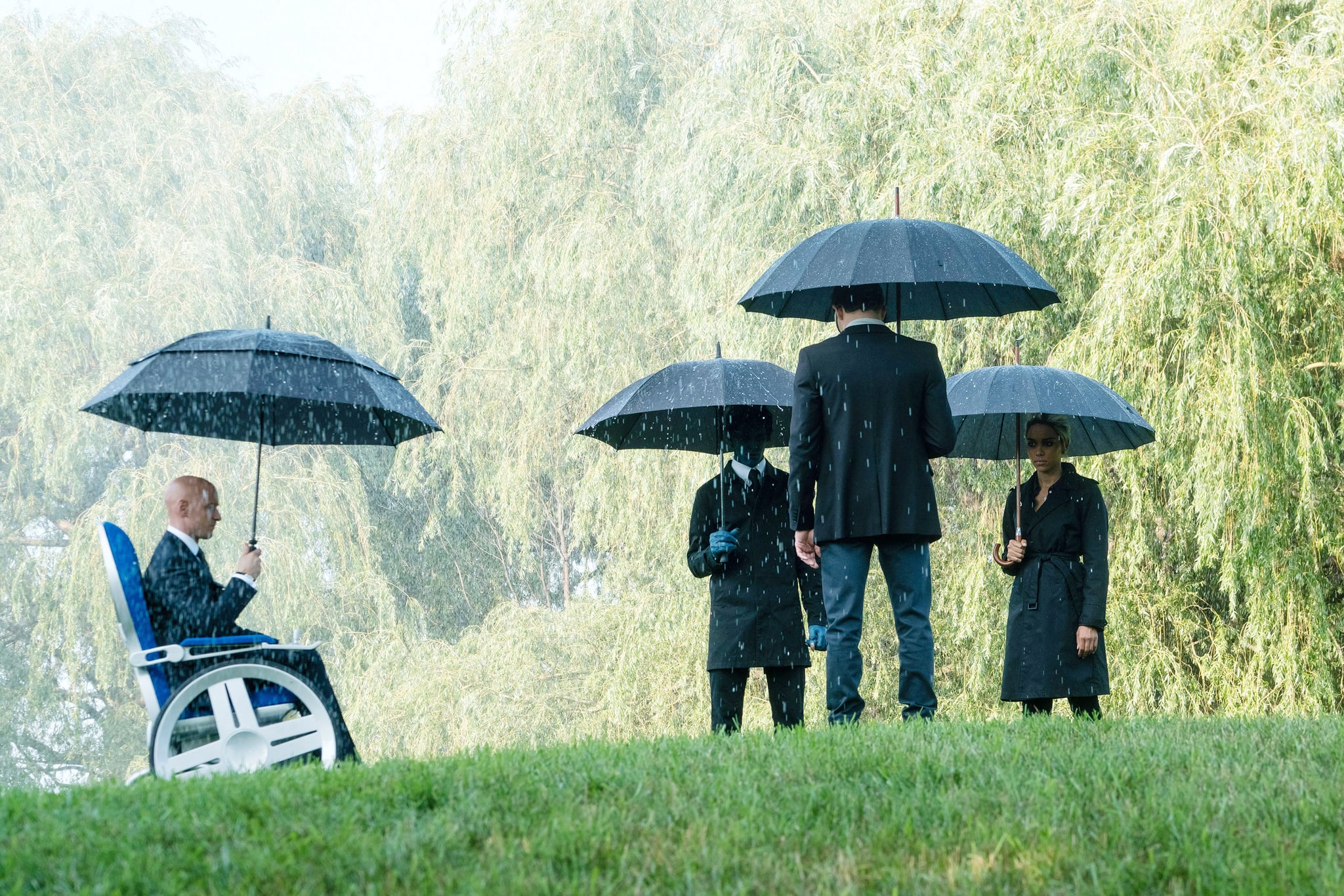 Spoilers for X-Men: Dark Phoenix are lurking below, FYI.

X-Men: Dark Phoenix had a daunting task to accomplish in its 113-minute runtime — wrap up the storylines of all the major characters in satisfying enough ways, while still leaving room for future spinoffs. (Now that Disney has control of both Marvel and 20th Century Fox, we know that's inevitable, right?) While the film does manage to give the arcs of characters like Hank/Beast and Erik/Magneto reasonable conclusions, others are left more ambiguous. And in the case of one mutant in particular, her arc is extinguished altogether — unfortunately Raven, aka Mystique, doesn't make it out of Dark Phoenix alive.

The character has undergone an admirable inner transformation, proving that her shape-shifting abilities extend beyond her appearance. Raven, played by Jennifer Lawrence since 2011's X-Men: First Class, has evolved from a cynical potential villain into a woman full of empathy for her fellow mutants, and who is deeply protective of the younger students at Xavier's School for Gifted Youngsters. It's that guardian-like quality that actually gets her into trouble in Dark Phoenix.

Related:
What the Wildly Attractive Cast of Dark Phoenix Looks Like in and Out of Their Costumes

The film begins with Xavier sending the team up to space to rescue an American space shuttle that's in trouble. They manage to get almost all the astronauts off the ship and back on their own save for one, so with time running out, Jean Grey (Sophie Turner) and Kurt (Kodi Smit-McPhee) teleport over to try to pull the last man out of the wreckage before a large, churning ball of energy can destroy it.

Kurt succeeds in saving the last astronaut thanks to Jean holding the ship together with her telekinetic powers, but he's not able to grab Jean in time — the Phoenix Force slams into her, but rather than disintegrating like the ship around her, her body absorbs it. She passes out after the explosion, but soon wakes up feeling better than ever. Though the Phoenix Force makes her stronger and almost all-powerful, she also discovers that she's incredibly volatile and unable to control herself. It's this unstable quality of her new powers that leads to the death of Raven/Mystique. 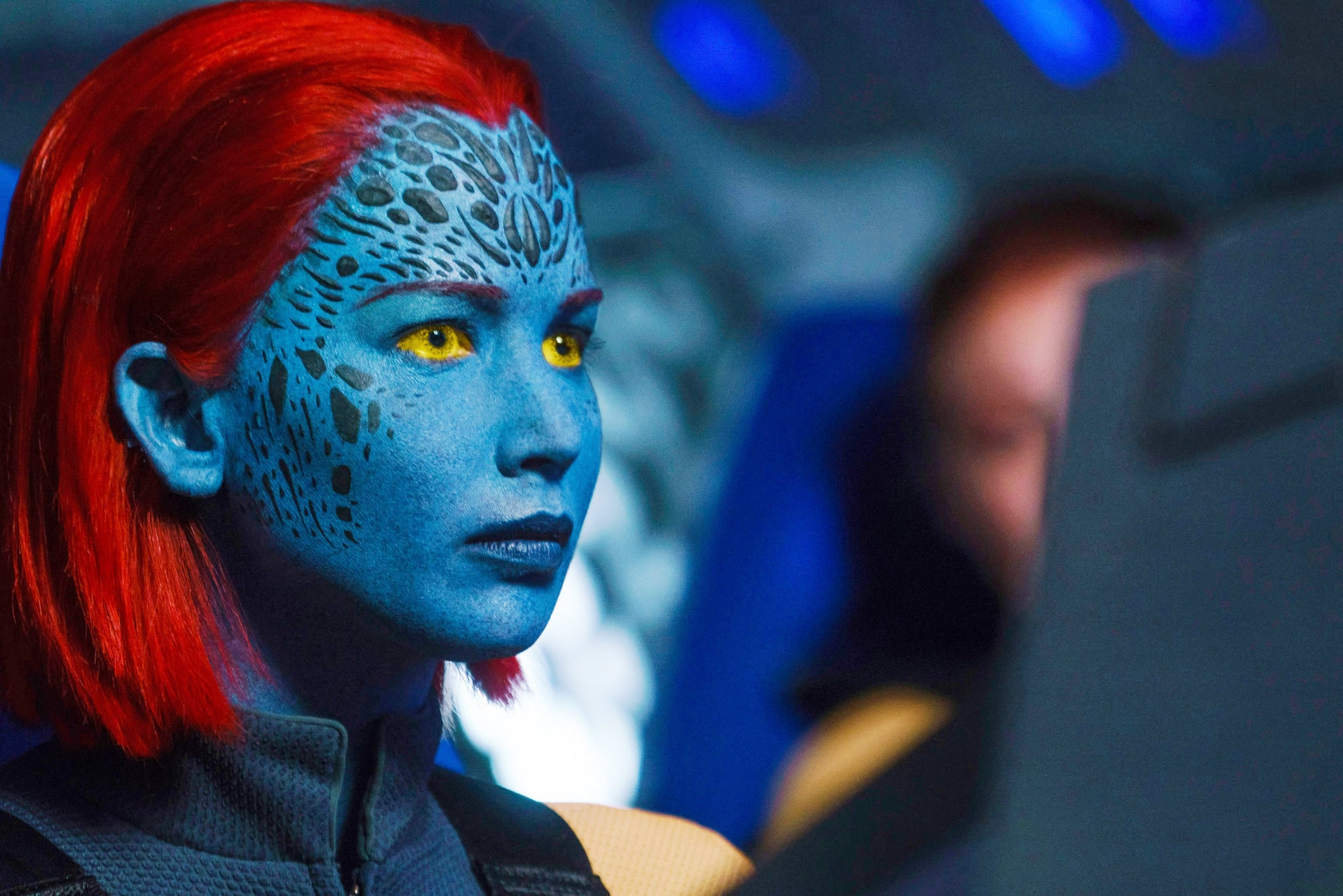 After an outburst at a party leaves some of her friends wounded (and scared of her), Jean decides to run away from the school to keep everyone safe. She also decides to track down the father she thought was dead all this time, flying straight to his house. Unfortunately, once she gets there and introduces herself, it becomes clear that he willingly handed Jean over to Charles a decade earlier because he didn't want her, and still blames her for her mother's tragic death.

This, unsurprisingly, pisses Jean the f*ck off, and she has one of her volatile outbursts. Before she can decimate her father's house, however, the X-Men arrive to stop her and bring her home. She refuses, still angry that Charles kept the existence of her father from her all these years, flipping over police cars and tossing her friends around in the process. Before Hank/Beast (Nicholas Hoult) can shoot her with a tranquilizer, Raven steps into the fray to try to calm Jean down.

Raven is able to make Jean float back down to earth, speaking to her in calming tones and reminding her that they're family, but the Phoenix Force coursing through Jean's veins is too much to withstand. Jean screams, letting loose a giant burst of energy that sends everyone flying backwards. Sadly when Raven is sent careening through the air, she lands on some of the wreckage from Jean's dad's house, impaling her.

Jean, horrified, flies away before she can destroy anyone else. Hank rushes over, and sobs over Raven's body as she tries to choke out one final "I love you." But it's too late — Raven is dead.

Team X-Men later holds a somber funeral for their fallen friend in the rain, but ultimately Raven's death proves to be a tipping point, shattering the bonds of the group. Hank, heartbroken and furious over Charles' perceived inaction toward Jean, leaves the school to team up with Magneto and kill the Dark Phoenix.

In the end, of course, Jean sacrifices herself to save everyone (basically becoming a god) and the X-Men are able to put aside their differences and move forward. Raven might not be around to see Hank in charge of the new school, which is renamed the Jean Grey School for Gifted Youngsters, but we imagine that it's a future she would've been proud of.