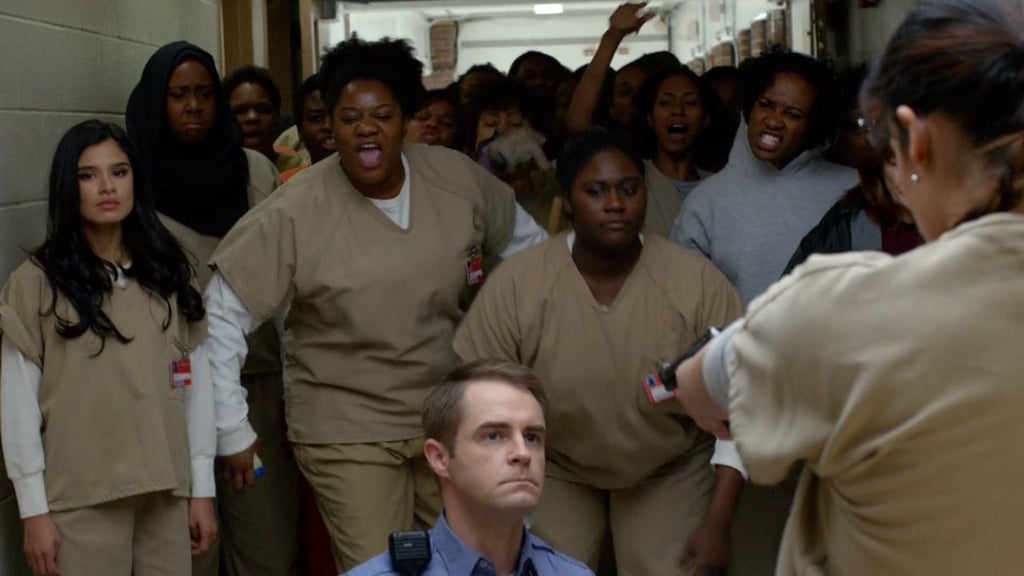 Orange Is the New Black season five comes back this month, and things pick up right after the season four finale and revolve around that important character death. Since you're just launched into all the action (and there's no "previously on Orange Is the New Black" sequence to prep you), we're reminding you of everything that went on in the finale, so you're not lost when the season starts. It's been a year, after all!

Upset with Caputo for defending Bayley rather than honoring Poussey in a televised statement about her death, several inmates begin marching through Litchfield and rallying others along the way. Soon, practically the entire prison riots through the halls to express their anger at the situation and how terribly they've been treated throughout the entire season. They're so furious that the COs can't stop them.

The COs are clearly outmatched, but Humphrey attempts to whip out a gun he'd snuck inside. Having previously done truly gross things, like forcing Maritza to eat either 10 dead flies or a baby mouse at gunpoint and egging Suzanne and Maureen to physically fight each other, he's one of, if not the most, awful guards around. But he gets what's coming to him when Maritza shoves him to the ground before he can shoot anyone. Daya then gets ahold of the gun and, after some hesitation, points it right at Humphrey's face as the inmates cheer.

That tense moment is exactly where that storyline ends for season four. The actual last scene of the season is a bittersweet shot of Poussey, after much of the finale explores one of her most memorable nights ever through flashbacks. She looks directly into the camera and flashes the sweet smile everyone will miss. 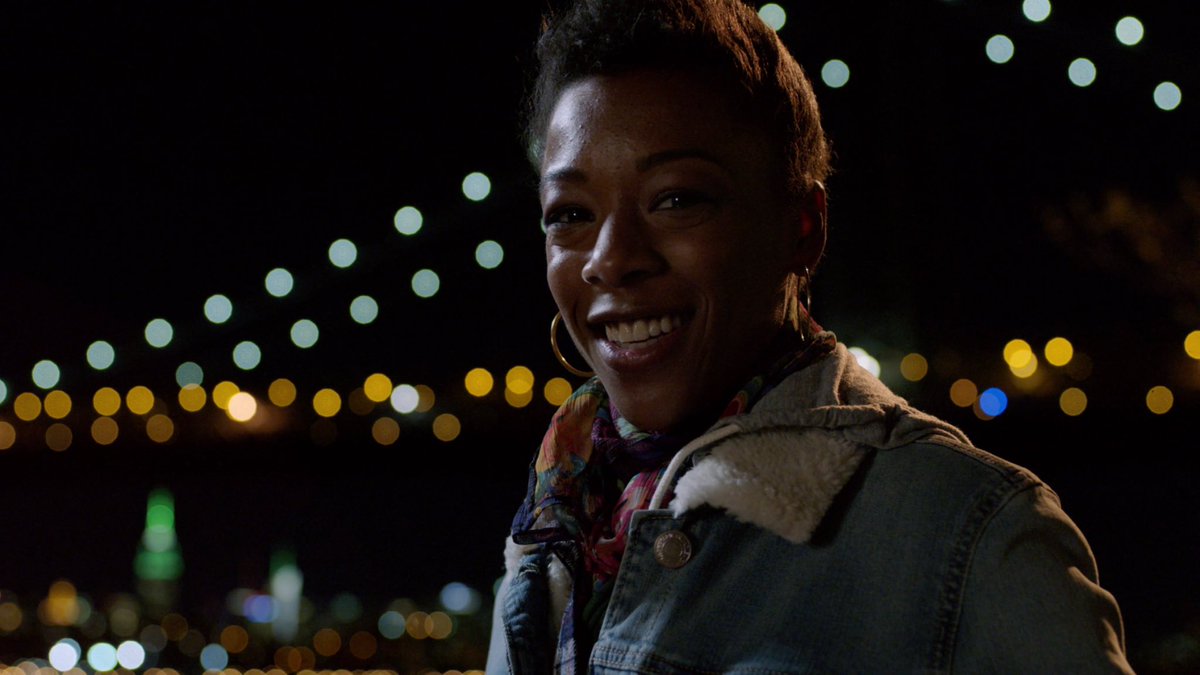